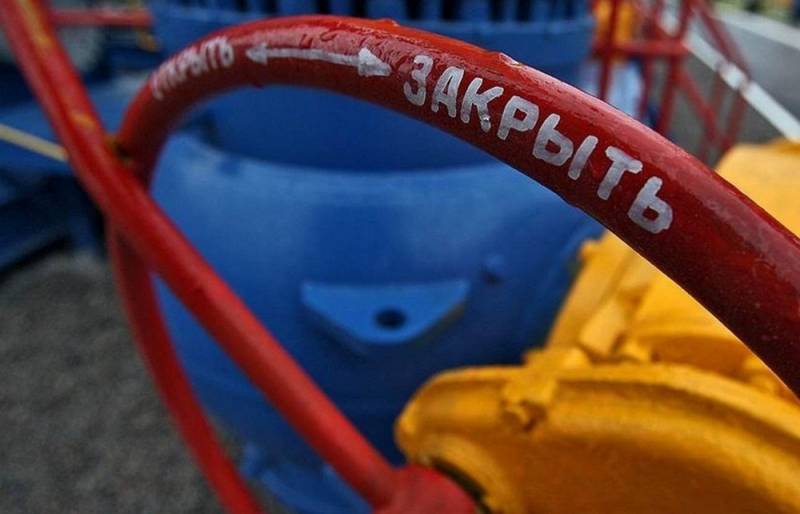 The lack of common sense in Ukraine’s position regarding the purchase and transit of Russian gas began to annoy even the European Union, which in Kiev is considered a partner and ally.

According to the source, we are talking about the volume of 15 billion cubic meters of gas per year.

Is it necessary to say that such a proposal on the part of the EC will be regarded in Ukraine as a betrayal of the European Union?

He also noted that the recommendations of the European Commission are based on the understanding that by switching to direct purchases, Ukraine will increase Russia's interest in the Ukrainian gas transportation system and to some extent reduce tension around gas tariffs within the country.

At the same time, the source refrained from commenting on the Russian side’s demand to “nullify” all existing claims from Ukraine and refuse to execute earlier court decisions.

Recall that at the proposal of the European Commission on November 19 could take place technical a meeting of representatives of the parties to the negotiations to prepare the next round of ministerial consultations.

However, in the light of recent statements by the Ukrainian Minister of Energy and the Executive Director of Naftogaz, about which we wrote previously, the possibility of this meeting seems unlikely.
Ctrl Enter
Noticed oshЫbku Highlight text and press. Ctrl + Enter
We are
The cheapest unlimited internet in the world turned out to be in Russia
Posner proposed a national idea for Russia
Reporterin Yandex News
Read Reporterin Google News
Ad
The publication is looking for authors in the news and analytical departments. Requirements for applicants: literacy, responsibility, efficiency, inexhaustible creative energy, experience in copywriting or journalism, the ability to quickly analyze text and check facts, write concisely and interestingly on political and economic topics. The work is paid. Contact: [email protected]
1 comment
Information
Dear reader, to leave comments on the publication, you must to register.
I have an account? Sign in