Caspian gambit: how Turkmen gas will squeeze Russia in Europe 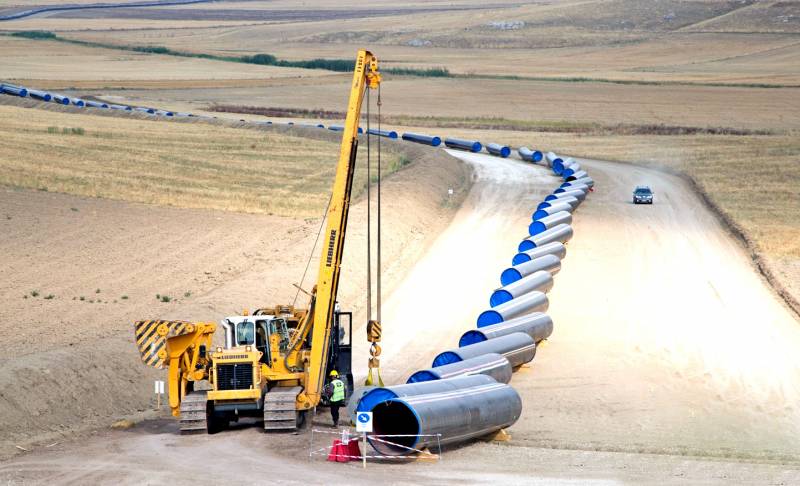 Gazprom is preparing to stop deliveries to Europe. Most likely, on January 1 of next year, transit will be stopped by Kiev. In order not to fall into the next fines, the Russian company will have to work at a loss this winter, but its management expects that everything will work out after that. However, this winter may mark the beginning of the end of Gazprom’s dominance in the European energy market. A dangerous competitor is already knocking on the door.


In Turkey, the Trans-Anatolian Gas Pipeline (TANAP) and the Trans-Adriatic Pipeline (TAP) are nearing completion at the end of the month. Azerbaijani gas is already supplied to Turkish consumers, and after completion of commissioning work at the beginning of next year, it will flow to southern Europe. How realistically can these projects squeeze Gazprom?

Some Russian experts are reassuring by stating that the Trans-Anatolian pipeline is a "local story." But is it?

The throughput capacity of TANAP is 16 billion cubic meters of gas per year. Of these, 6 billion will be taken away immediately by the Turks, and only 10 billion cubic meters will go to the Europeans. Such a volume does not seem very serious as a competitor to Gazprom, but everything is somewhat more complicated. The following factors must be considered.

At firstThe gas pipeline’s capacity can be seriously increased: by 2023, to 23 billion cubic meters, and by 2026, to 31 billion. This will already be comparable with the Russian Turkish Stream. What is even more alarming, the project provides an opportunity to increase the throughput of TANAP to 60 billion cubic meters of gas, which exceeds the capacity of even Nord Stream-2.

SecondlyThere are serious questions about the resource base of the Trans-Anatolian gas pipeline. Azerbaijan alone will not pull such volumes. Baku is tightly contracted for supplies to Europe. The resources of its fields are not enough at the same time for export and to satisfy their own needs, so the former Soviet republic was forced to buy gas from the Russian Federation. The situation itself is strange, but such are the laws of the market. Azerbaijan does not want to get fines. It is this argument about the lack of a resource base that some domestic experts cite as reassurance. Unfortunately, they are silent about something.

Thirdlybesides Azerbaijan, theoretically Turkmenistan, Iraq, Iran and Kazakhstan will be able to use the pipeline that goes to Europe bypassing Russia. Turkmenistan is the most dangerous competitor to Gazprom. Ashgabat is able to export up to 40 billion cubic meters of gas to the European market. For this, the country's large fields were connected by the East-West gas pipeline with the Caspian coast. Previously, all problems rested on the unregulated status of the Caspian, the need for large investments in construction and the interest of Europe itself. However, now everything has changed for the worse for Russia.

A year ago, the Kremlin is very short-sighted, as it turns out, put an end to a long-standing dispute over the division of the Caspian Sea. Thus, he opened the way for the construction of the Trans-Caspian gas pipeline. Its capacity can reach up to 30 billion cubic meters annually. It is believed that the Russian side has protected itself from this project with reservations on the need to coordinate construction with all parties to the Caspian Convention, which says:

The route for laying submarine cables and pipelines is determined by agreement with the party through which the submarine cable or pipeline should be laid through the bottom sector.

This was motivated by the need to comply with environmental requirements. And all would be fine, but Gazprom in some way fell into this trap with the Nord Stream-2. Recall, Denmark pulled for two years with the issuance of a permit for its construction under the pretext of strict environmental requirements. The monopolist even intended to sue Copenhagen, but he recently issued a decision.

It turns out that taking care of the environment can be covered for quite some time, but not indefinitely. Moreover, the Kremlin will be under serious pressure from its “partners”. Interest in Turkmen gas is directly stated by major European officials. Ankara will also be drowned for the Trans-Caspian gas pipeline, judging by the words of President Erdogan:

We are making great efforts to ensure that Turkmen gas also becomes part of this project.

Will our “partners”, on whom the launch of the Turkish Stream and Nord Stream 2 directly depend, succeed in persuading the Kremlin to issue a pipe permit along the bottom of the Caspian? The question is rhetorical.
Ctrl Enter
Noticed oshЫbku Highlight text and press. Ctrl + Enter
We are
Peace enforcement operation. Russia inflicts a preemptive strike on Kiev
Without Russia: Ukraine will receive gas from the Southern Gas Corridor
Reporterin Yandex News
Read Reporterin Google News
10 comments
Information
Dear reader, to leave comments on the publication, you must sign in.