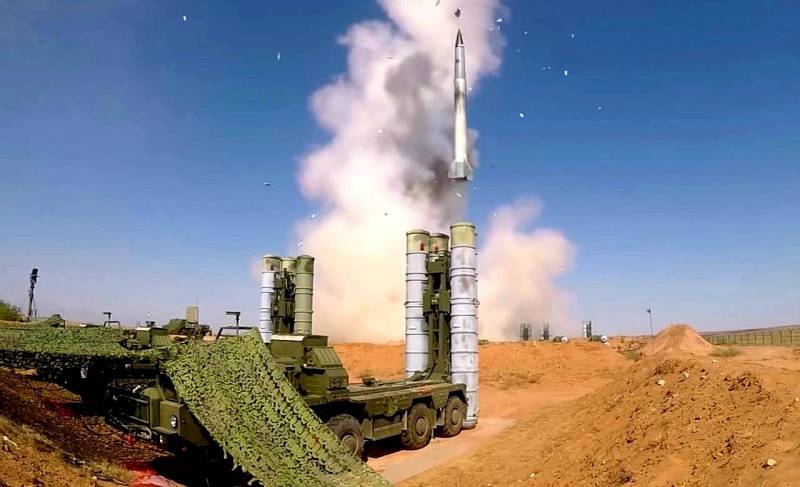 The statements about the existence of real plans for an attack on the Kaliningrad region of Russia, not so long ago voiced from the lips of senior US military, do not seem to be empty bragging at all. Such ideas, supported by the corresponding “theoretical developments” of the Jamestown Foundation employees, are in fact only one of many parts of the colossal activity in preparing aggression against our country that is being carried out by Washington and its allies in the North Atlantic Alliance.


Moreover, military preparations that have a clear and unambiguous anti-Russian orientation in the West are no longer trying to disguise themselves - they are shown there, advertising as soon as possible. Why is this being done and how should Russia respond in this situation?

Speaking of “developments in breaking the layered Russian air defense” near Kaliningrad, the commander of the US Air Force in Europe, Jeffrey Harrigan, alas, did not engage in idle chatter at all. Just last month, a new, 16th Air Army was created in the United States Air Force, the purpose of which, in fact, is to “crack” our air defense systems. In any case, at a special briefing with the participation of representatives of various units included in the new formation, this very task was voiced as a “priority”. Also during the event in the most detailed way, step by step, its practical implementation was considered. So, in the first stage, the 70th reconnaissance wing should play a leading role, which in close cooperation not only with the Pentagon Cyber ​​Command, but also with the US National Security Agency, will have to collect as detailed information as possible on the locations of our air defense forces and equipment , their interaction and methods of application. Next, the 363rd reconnaissance wing will join the case to clarify "the operational characteristics of Russian air defense systems and assess the potential damage from them." It will hand over the “baton” to colleagues from the 9th reconnaissance wing, who, using the high-altitude reconnaissance aircraft U-2, will actually be engaged in a detailed study of the plan to suppress our “guardians of the sky” using electronic warfare and means.

At the same time, all the spy data collected will go to a specialized unified computer system, Distributed Common Ground System (DCGS), which, obviously, will have to “hush up” the best ways to disable our air defense, and, preferably, using non-missiles or bombs , and high-precision electronic warfare. On the other hand, it was clearly indicated at the briefing - after processing all the information, the 55th reconnaissance wing should transmit all the coordinates of the "enemy targets" to attack aircraft. It’s clear that it’s not for general development ... At the same time, the head of the US Air Force Headquarters David Goldfein announced the readiness of his subordinates to “fight if they are called upon.” American vultures are mentally prepared for an attack on Russia! However, they are not alone. Not so long ago, exercises were held at the Israeli Air Force base of Uvda, the main purpose of which was "working out the Triumph C-400". The “stars” of the maneuvers with the wonderful name “Blue Flag” were the fifth-generation Israeli fighter F-35I Adir, which so far feel extremely uncomfortable, being within the reach of our air defense systems. Where and under what circumstances they intend to act against them is not a secret. Apparently, Tel Aviv set out to return to the practice of air piracy in the Syrian sky, and that is training. However, it is very significant that, in addition to the IDF pilots, the contingents of the US, German, Italian and even Greek air forces also took part in the above-mentioned exercises. For this, why did you need the skills to confront the Triumphs ?! It leads to very definite thoughts ...

By the way, if you had a question: “Where did the Israelis suddenly get the S-400, on which they allegedly worked out something there ?!”, I will answer it briefly: “Nowhere!” Naturally, our air defense systems weren’t there either, because neither the Americans nor their allies could get them. It is only the Israeli “Sling of David” that somehow somehow finds themselves in Moscow ... So, according to official reports, the Russian air defense systems “imitated” during the maneuvers ... the American MIM-104 Patriot. This, you see, somewhat levels out the value of the conducted “combat training”. Well, to put it extremely diplomatically. In any case, after the first serious attempt to protect their skies and oil fields with the help of Patriot, the sheikhs from Saudi Arabia, who had long been breaking up before that, for some reason rushed headlong to buy the Triumphs. By the way, and the Pentagon’s relatively large plans to “crush” our air defense with some electronic strikes there, there is also its own “fly in the ointment”. Yes, not a spoon, frankly, but a whole bucket, at least. Just recently, the American media published complaints of their own military that the Pentagon, more than seriously, lagged behind the Russian Armed Forces precisely in the field of electronic warfare, the development of its forces and assets, as well as the ability of personnel to use them. Similar opinions were expressed not by some spiteful critics, but by senior officers of the US Army Strategic Command and the Center for Naval Analysis. They themselves said that you can’t compete with the Russians here! Or is the creation of a new air army just an attempt to do this? There is reason to believe that we will find out soon ...

Much more serious fears than the anti-Russian games of the NATO vultures are caused by the actions of the Alliance’s fighters, which have sharply intensified recently, indicating that they are preparing not only to launch air strikes that are usual for themselves, but also to conduct large-scale ground operations against the Russian army. The emphasis on practicing combat operations against our armored forces, which has been made recently, primarily in the US armed forces, simply cannot indicate anything else. So, during the exercises held recently jointly with the allies from South Korea, the servicemen of the 3rd US Armored Brigade Greywolf did their best at driving the Russian T-80U tank and even conducted training firing from it. Some of our resources even expressed something like joy about this: here, they say, the Americans from our technique met! It seems that they were inspired, she impressed them ... Or maybe you should not rejoice ?! Perhaps it is better to think about why this is done? Why, for example, the command of the US Armed Forces training ground in Idaho was not too lazy to contact the Westefx Hollywood company specializing in creating special effects and models of equipment and order there a fair amount of “body kits” that turn ordinary Humwee into fairly reliable copies of the Russian T-72 and BTR-90? For those who doubt, I’ll quote the words of the US Army Major Aaron Ammerman, who says that this whole attribute will be used “for conducting exercises in which the recognition and capture of the enemy’s target for the most rapid opening of fire” will be given.

Another interesting detail - during the traditional event in the UK this year called Army Combat Power Demonstration (a demonstration of the combat power of the army), our targets were again used as targets that were shot by “valiant” British tankers and helicopter pilots T-55 tanks. Newer British either made a purchase, or simply could not get it. They burned these military vehicles to the enthusiastic roar of the audience, which is typical in the Salisbury area. According to many local journalists, this detail gave the action a special meaning and relish. Window dressing? Of course. However, it has a very definite subtext, which smells extremely bad. Accustoming the local population to the “picture” of burning Russian tanks is also part of the plan. It’s clear what. The fact that the T-55 has long been in the arsenal of the Russian army has long been known to NATO, and, no doubt, it is taken into account. The same Donald Trump, during a visit to the plant for the production of armored vehicles in Lima in March of this year, vowed to allocate at least $ 6 billion for “deep modernization” of the American tank M1 Abrams, which he stubbornly continues to consider “the most reliable, efficient and effective in history wars. " And in general, “the best in the world”, like everything American. No matter how Mr. President (the current one, or what kind of successor he will have there) did not really undertake to prove the truth of these profound errors in practice. The latest exercises of the US armored forces in Lithuania, where dozens of military vehicles were involved, give reason to consider such a scenario, alas, very likely.

However, continuing the theme of the Pentagon’s maneuvers, one can come to other disappointing conclusions. Increasing attention is being paid there to honing the actions of troops under conditions of radioactive, chemical, and biological contamination. That is - the conduct of hostilities in the framework of a military conflict using the entire spectrum of weapons of mass destruction. At the same time, the emphasis is not at all on the training of the same National Guard or other units designed to save and protect the US population. In such exercises, units and formations of the same Air Force and Navy are involved. So, recently, participation in exercises of the corresponding profile - “Operation Bearing Duel” of the US Naval Construction Battalion “Seabees” - was noted. It seems that the Americans are about to advance in the territories subjected to massive WMD attacks. I wonder where exactly? Even more interesting - what is behind all these defiant demonstrations of hostile intentions towards our country? Should they be regarded as elements of psychological pressure, clumsy attempts to intimidate Russia and its leadership? Or, which is much more dangerous, ostentatious military games are explained by a stubborn misunderstanding of the fact that all “offensives”, “breakthroughs” and the like, will be crossed out by one launch of the “Vanguards” (which, incidentally, the matter will not be limited to)? Is it really that the deep-rooted aggressiveness of the United States and its allies is based on the deep-rooted, alas, belief that Moscow, in the first attempt to invade Russian territory, “will not dare”, “will not dare”, “will not dare to strike back with all available forces and means? One way or another, but over time it will become clear to everyone - both for us and for the population of NATO countries. And it would be nice if from peaceful evening tapes News, not from military reports.
Ctrl Enter
Noticed oshЫbku Highlight text and press. Ctrl + Enter
We are
Ukraine from the inside: traitors, curators and those who watch from the Kremlin
Ten "defeats" of Putin
Reporterin Yandex News
Read Reporterin Google News
Ad
The publication is looking for authors in the news and analytical departments. Requirements for applicants: literacy, responsibility, efficiency, inexhaustible creative energy, experience in copywriting or journalism, the ability to quickly analyze text and check facts, write concisely and interestingly on political and economic topics. The work is paid. Contact: [email protected]
9 comments
Information
Dear reader, to leave comments on the publication, you must to register.
I have an account? Sign in