The most ridiculous fakes of the Western media about Russia 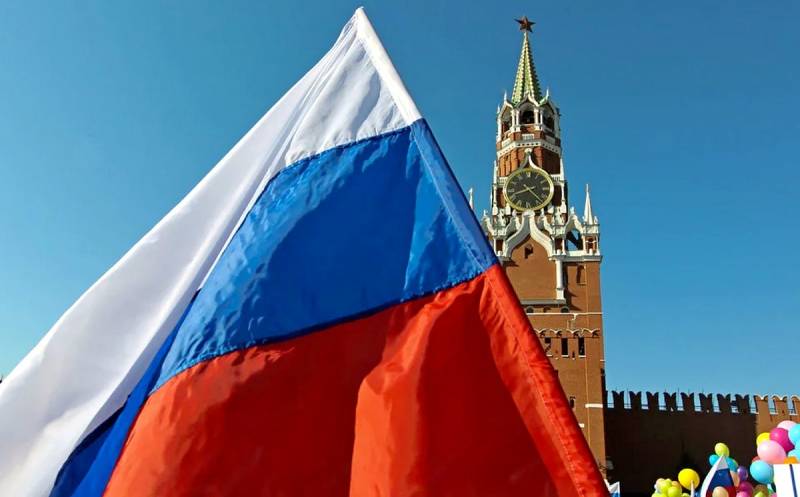 A year ago, President Donald Trump publicly expressed indignation over the work of the so-called “fake news,” which the United States and its own persona are displaying in an unfavorable light. It is very significant that "false news»May directly concern even the most powerful person on the planet.


We bring to your attention a selection of "fakes" in the Western media regarding our country, from serious to the most ridiculous. 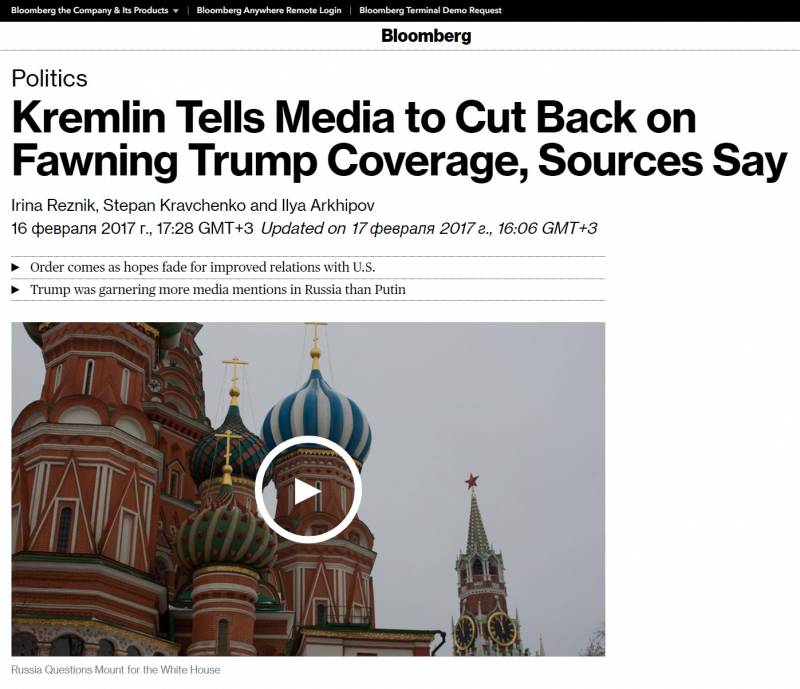 Dear Bloomberg news agency, in all seriousness claims This is a highly dubious thesis. It is clear to us from our bell tower that the name of President Putin is tritely used in domestic political games in the USA. Opponents of Donald Trump are trying to portray Vladimir Vladimirovich as a kind of “professor Moriarty,” who is manipulating the head of the White House from the Kremlin. This does not stand up to criticism, but for the part of the American audience it’s “coming in”. 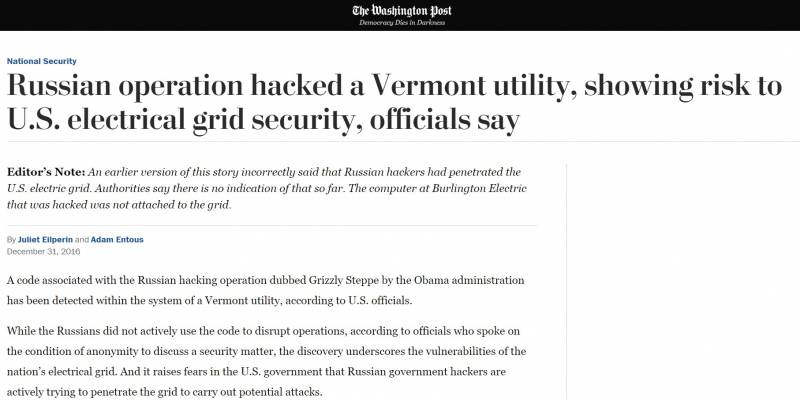 This is essentially the development of the first topic. Western elites need an image of the “Russian threat” to foment the next version of the Cold War, since economic power is not all right with us, and military is not enough to attack the United States. The “gloomy genius” of American journalism has come up with a virtual threat, which is almost impossible to verify.

The notorious “Russian hackers” became her, a threat. They are allegedly actively interfering in US elections, and harming the "stronghold of democracy" as far as possible. So, the well-respected edition of The Washington Post released Fake news about how these same "Russian hackers" allegedly hacked the energy supply system of the whole state of Vermont. The consequences of our "virtual intrigues" were a panic among the local population and atrocities, which should be on our conscience. As a result, everything seemed to be sorted out there, but the sediment, as they say, remained. 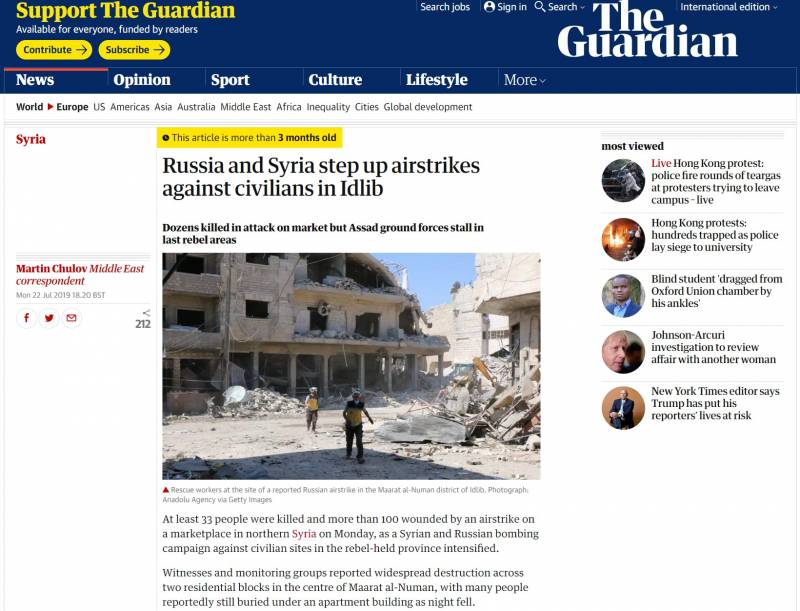 As you know, the Russian Aerospace Forces are taking part in the military conflict in the SAR on the side of official Damascus, delivering air strikes on the positions of militants. Organizations such as The White Helmets shoot scenes of allegedly perpetrated by Syrians and Russian atrocities against civilians. One such provocation was the reason for a missile strike by the United States on the positions of government forces.

The British editions of The Guardian and Financial Times told their readers how Russian planes bombed hospitals and schools in Idlib. By the way, the other day the founder of White Helmets, James Le Mezure, a former British military man with experience in PMCs, was found dead under extremely strange circumstances. 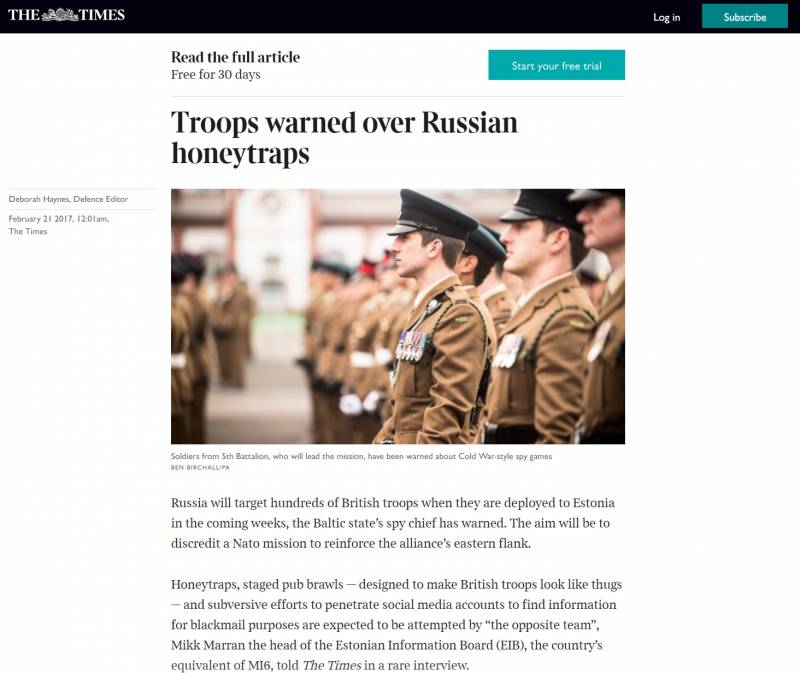 The US military must be alert. If you believe the material The Times, our women, by order of the General Staff of the Russian Federation, should seduce US troops stationed in Estonia. According to the publication, their insidious goal is to push the Yanks and Estonians against their foreheads because of Russian beauties.

War of the Worlds 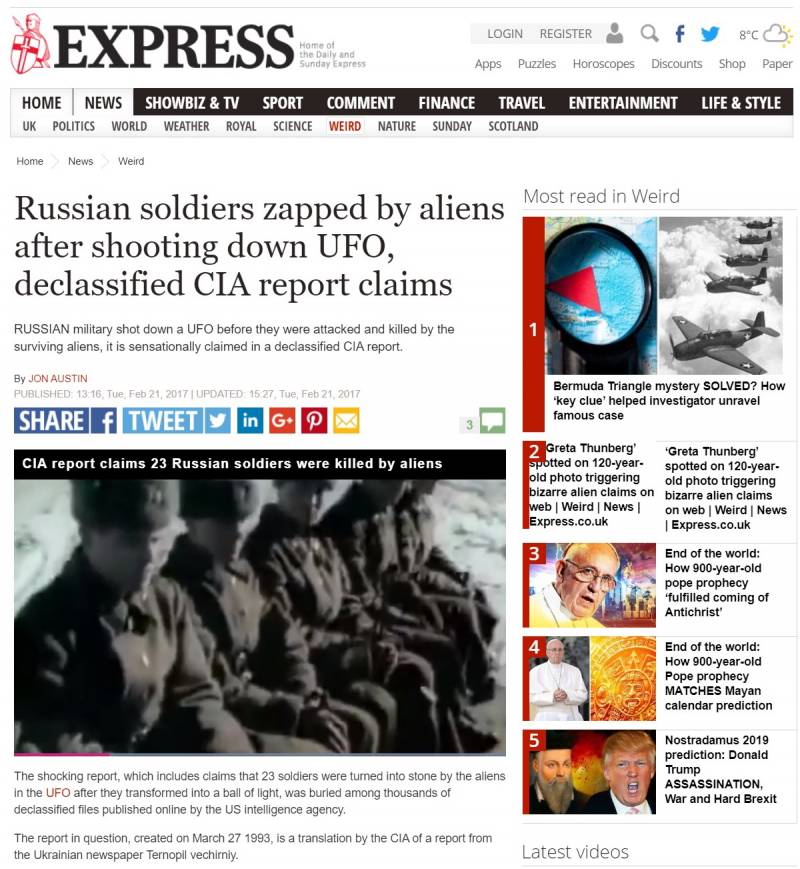 In the end is funny. The British from the Daily Express, citing CIA materials claimthat in 1993, the Russian military entered into an armed clash with aliens. If you believe the publication, ours shot down a UFO, in response, the aliens turned the soldiers into stone.

The primary source of this sensation of contact with extraterrestrial intelligence is the publication “Evening Ternopil,” the data of which has been translated into English and stored for the descendants of the CIA.
Ctrl Enter
Noticed oshЫbku Highlight text and press. Ctrl + Enter
We are
Putin's phenomenon is Russia's main problem
Ten "defeats" of Putin
Reporterin Yandex News
Read Reporterin Google News
Ad
We are open to cooperation with authors in the news and analytical departments. A prerequisite is the ability to quickly analyze the text and check the facts, to write concisely and interestingly on political and economic topics. We offer flexible working hours and regular payments. Please send your responses with examples of work to [email protected]
3 comments
Information
Dear reader, to leave comments on the publication, you must sign in.