For 2,6 billion dollars, Kiev is ready to leave Ukrainians without gas 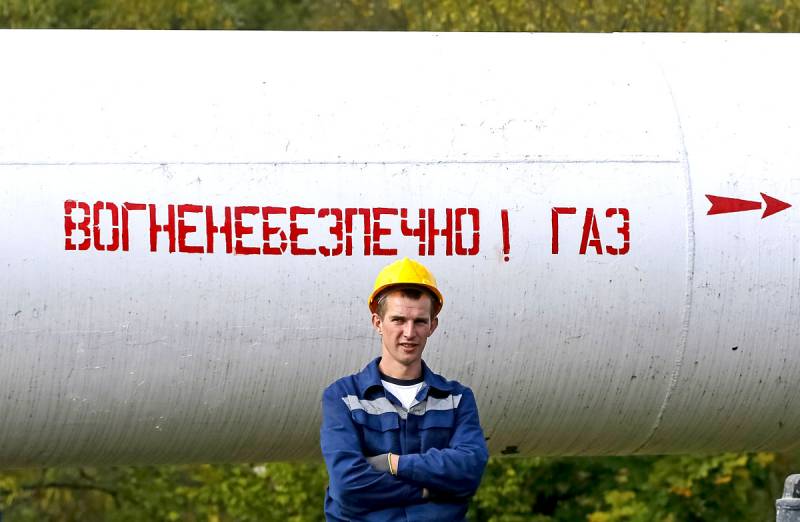 In just a month and a half, Ukraine may be left without the transit of Russian gas. There is no agreement with Gazprom and is not yet expected. The management of Naftogaz rested, wishing to receive a fine of $ 2,6 billion awarded to it, which the company boldly rounded up to 3. Should ordinary Ukrainians “root” in this matter for their “national treasure”?


It is believed that Kiev was able to get rid of Moscow’s dependence on gas supplies. Indeed, formally Ukraine does not directly buy gas from Russia directly, preferring “reverse” from Europe. It is clear that the “reverse” comes out purely virtual: this is the same Russian gas received from the transit pipe, but according to the papers it appears that it is purchased from European partners.

Whom Kiev hopes to deceive with this is not entirely clear. In all seriousness, to convince its citizens that the issue of gas substitution from Russia has thus been resolved, then they should not be respected at all. Economic there is also zero expediency, especially since when the transit ceases, the “reverse” also disappears. Most importantly, ordinary Ukrainians must pay for these “self-suggestion sessions”.

Each thousand cubic meters of Russian "blue fuel" costs them an average of $ 20-30 than for Europe, where Nezalezhnaya is so eager. Last month, the price tag for Kiev was $ 199,5 for the indicated volume. Expensive gas means high tariffs for the population and industry. Is it worth it to overpay for self-deception? Or is it time to start waking up from the "sleep of reason" and behave like adults?

We talked about the fact that if you supply directly, we can reduce the price by 25%.

A return to direct deliveries is one of the conditions for signing a new transit agreement with Gazprom. The 25% discount offered by Russia is serious. Moscow could stop on the proposal to switch to European prices, since Kiev is so eager in the EU, but gives much more. The reason is simple: the domestic monopolist is interested in resolving the issue of fines and lawsuits to mutual pleasure.

Savings according to the “Putin formula” can range from 40 to 50 dollars for every thousand cubic meters. That is, by purchasing about 10,5 billion cubic meters per year, Kiev will save 400-500 million dollars. In just five to six years, Naftogaz will save as much as it hopes to receive from Gazprom by decision of the Stockholm arbitration. The Ukrainian budget will receive very serious savings, which it will possibly use for the restoration and development of its country. However, there will be no reason for a further increase in tariffs for consumers.

But at Naftogaz they see the situation differently. Its representative, Yuri Vitrenko, believes that the price reduced by 20-25% is already normal:

Gas from Russia should already be 20-25% cheaper than gas from Europe, since Gazprom does not pay for direct deliveries to Europe.

The Ukrainian company does not intend to refuse the fines awarded to it for the sake of some kind of savings there:

A discount of 20-25%, taking into account future volumes of gas imports, will not be able to realistically compensate for the rejection of the $ 3 billion that Gazprom must now pay us.

Well, this is the choice of the management of Naftogaz. For the sake of incomplete three billion dollars, which the population will not even see, it agrees to further ruin its own economy. Having voluntarily shut off the valve with Russian gas on January 1, 2020, Ukraine will indeed become part of the global gas market. But not the fact that she will like it.
Ctrl Enter
Noticed oshЫbku Highlight text and press. Ctrl + Enter
We are
Peace enforcement operation. Russia inflicts a preemptive strike on Kiev
Three years left: Ukraine will be sold in parts
Reporterin Yandex News
Read Reporterin Google News
Ad
The publication is looking for authors in the news and analytical departments. Requirements for applicants: literacy, responsibility, efficiency, inexhaustible creative energy, experience in copywriting or journalism, the ability to quickly analyze text and check facts, write concisely and interestingly on political and economic topics. The work is paid. Contact: [email protected]
7 comments
Information
Dear reader, to leave comments on the publication, you must to register.
I have an account? Sign in