Russian and US military bases: how Moscow will respond to Washington’s buildup 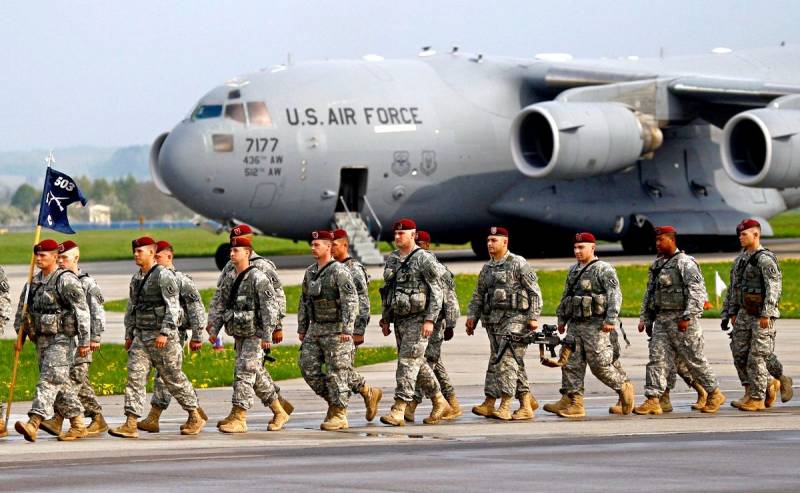 The United States Government has announced that its armed forces have 514 military bases outside its borders. This figure is quite impressive, because not a single state in the world is even approaching this indicator.


But Nick Thurs, columnist for The Nation, said she was understated. His doubts are based on the fact that among the indicated military bases there is not one located in Iraq or Syria. But it is reliably known about the presence of significant US military contingents in these countries.

Official US Military Base Information

Among the 514 military facilities indicated by the US government located abroad, almost half (194) are in Germany. 121 and 83 bases are located in Japan and South Korea, respectively. If you recall, in these three countries after the Second World War there were American occupation zones, from which the US military has not yet been withdrawn. The remaining bases are scattered around the globe.

Nick Turs believes that a more accurate number of US bases abroad is about 800 units. This figure is also approximate, since the exact information is classified.

On the other hand, not all US military installations whose presence is not hidden are officially considered bases. For example, the US Black Castle facility located in Syria is not considered a military base, but a “mission support facility.” It is difficult to distinguish such facilities from military bases, but they are not included in the official list. At the same time, their number and places of deployment by the military were not disclosed for reasons of “operational security”.

US military bases: growth or reduction?

Donald Trump loudly announced the withdrawal of his troops from Syria. Indeed, various sources say the closure of several US military facilities in this country at once. According to some reports, the United States closed at least a dozen outposts.

Do these facts indicate a reduction in the United States military presence in Syria and its weakening in the Middle East? Probably not. American troops withdrawn from Syria, for the most part, did not return to the United States, but were transferred to other countries in the region, in particular to Iraq. And soon after the announcement of the withdrawal of troops from Syria, Trump announced that he intends to defend the Syrian oil fields, as he “likes oil”. And in this regard, the construction of two new bases has already begun in the oil province of Deir ez-Zor.

In addition, the United States plans to deploy a significant force grouping in Saudi Arabia. Given the relentless interest of the United States in the Middle East, it is likely that the US military presence in other countries of the region.

Washington is not only interested in the Middle East region. The American command also considers the contingent strengthening in Eastern Europe promising. The desire of the United States to gain a foothold in this part of the globe is actively supported by the authorities of the countries of the region. Poland, for example, is ready to allocate billions of dollars from its budget to ensure a permanent US military presence in its country. Ukraine and the Baltic countries also advocate more active cooperation with the US armed forces. Bulgaria and Romania already have American bases.

Foreign military bases of other countries

For example, China, which has the largest armed forces in the world (approximately 1,8 million troops), has one single foreign base in the African state of Djibouti, which is under construction. On the other hand, the United Kingdom, which has a relatively modest number of armed forces (just over 200 thousand people), has military bases in 12 countries, scattered around the globe.

Even the Indian armed forces are present in several countries of Asia and Africa, among which, for example, Afghanistan and Tajikistan. And Germany has a single base located in France, in the city of Strasbourg.

Does Russia have foreign military bases?

Russia has military bases outside the country an order of magnitude smaller than the United States. She even has fewer of them than the Soviet Union had. This is understandable, because almost simultaneously with the collapse of the USSR, the so-called socialist camp was also falling apart. The countries of Eastern Europe and some other regions that were in the Soviet orbit left it. Moreover, some of them not only renounced their socialist and pro-Soviet past, but also joined the former opponents of the USSR, becoming members of NATO.

Soviet garrisons were withdrawn from Eastern European countries. Partially their place was taken by military units from the USA and other NATO countries. Especially this process has intensified in recent years, making the Russian military and nervous political leadership because of their approach to our borders.

Many former Soviet military bases in Asia, Africa and Latin America were curtailed, since there was nothing to support them, that is, due to a banal lack of funds.

As a result, today Russia has 21 foreign military bases, most of which are located in post-Soviet countries. Among them are motorized rifle divisions in Armenia and Tajikistan, naval bases in Vietnam and Syria, radars in Kazakhstan and Belarus, air bases in Syria, Armenia and Kyrgyzstan. The Russian military is also located in the states of Abkhazia and the PMR (Transnistria) that are not recognized by many countries.

Until 2014, the then-Ukrainian Crimea was the naval base of the Russian Federation in Sevastopol. After the annexation of Crimea to Russia, it ceased to be considered foreign, and on the peninsula the number of military facilities increased significantly.

Despite the numerous mutual attacks of the United States and Russia, these countries are not opposed to each other. I think the word rivals is more appropriate here. Despite this, the expansion of the US military presence in different regions of the world, including near our borders, cannot be ignored. Such carelessness is sometimes very expensive.

The first thing that may come to mind as a response to the actions of the Americans is to try to “catch up and overtake America” in terms of the number of foreign military bases. But is it worth it?

Evelyn Farkas, who previously held the post of deputy assistant to the head of the American military department for Russia, Ukraine and Eurasia (no matter how strange her position may sound), does not believe that such actions on the part of Russia will be productive:

The Kremlin under Putin, on the whole, works very well in terms of saving power, and, as a rule, it uses the minimum amount of resources necessary to achieve its goals ... If they had the capabilities and resources, then, in my opinion, they wanted to to have the same conditions and the same opportunities that we have, and which are ensured by the presence of more traditional military bases. However, at present they are doing what they can, and make good use of the opportunities that they have.

After the introduction of a relatively small number of its armed forces into Syria, thanks to their effective and competent use, Russia at minimal cost has become an influential force with which all the major players in this region reckon today. The cooperation of the Syrian government forces and the Russian air force made it possible to clear most of the country's territory from the Islamists.

It is also worth mentioning the actions of Russian military instructors in Latin America, the Middle East and other regions, which train local military personnel to effectively use the supplied Russian machinery. Such an approach is often more effective and cheaper than creating full-fledged military bases in these countries.

In addition, the creation of new high-tech weapons capable of solving a wide range of defensive tasks has made many of the American offensive weapons deployed around our borders useless.

And although the US military presence in the world is constantly and steadily expanding, Russia is ready to give a decent response to any aggressive actions, without being drawn into the arms race.
Ctrl Enter
Noticed oshЫbku Highlight text and press. Ctrl + Enter
We are
Ukraine from the inside: traitors, curators and those who watch from the Kremlin
Ten "defeats" of Putin
Reporterin Yandex News
Read Reporterin Google News
58 comments
Information
Dear reader, to leave comments on the publication, you must sign in.