Russia is preparing to return to Ukraine warships detained in Kerch 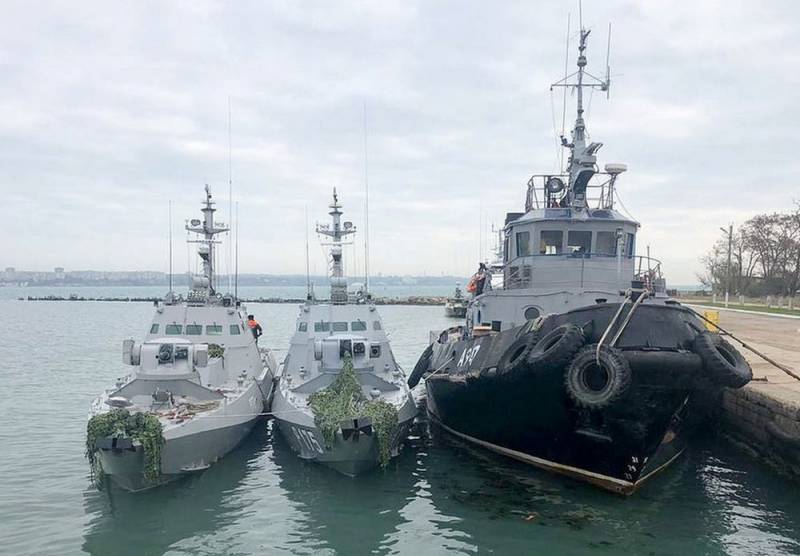 On November 4, 2019, the Ukrainian Foreign Ministry sent a note to Moscow demanding the return of Ukrainian warships “captured” (detained) during the “incident” (border violation) in the Kerch Strait on November 25, 2018. And so, it became known that Moscow was ready to give Kiev the Berdyansk and Nikopol boats, as well as the Yana Kapu tugboat before the summit in the “Norman format” (meeting of the leaders of Russia, France, Germany and Ukraine).


According to the publication KommersantReferring to its informed sources, the mentioned summit should be held on December 9, 2019 in Paris. At the same time, the decision to transfer these ships to Kiev has already been taken by Moscow. Currently, representatives of various departments of Russia and Ukraine agree on the date and exact place of transfer of the ships.

It is specified that the procedure for the transfer of ships should go to sea. The ships will be towed by the Russians to a pre-agreed point, where they will be met by three Ukrainian tugboats. Ships will be delivered with standard weapons, but without ammunition.

It must be recalled that the ships, their property, including ammunition, are material evidence in a criminal case about violating the Russian border. Moscow just once again decided to demonstrate its goodwill to Kiev. How Kiev will answer this is not yet known.

By the way, the Bloomberg agency, referring to the office of French President Emmanuel Macron, confirms that the meeting in the "Norman format" should be held on December 9, 2019.
Ctrl Enter
Noticed oshЫbku Highlight text and press. Ctrl + Enter
We are
Ukraine demands from Russia to return the boats detained in the Kerch Strait
Ukrainian ships in the port of Kerch: video published
Reporterin Yandex News
Read Reporterin Google News
Ad
We are open to cooperation with authors in the news and analytical departments. A prerequisite is the ability to quickly analyze the text and check the facts, to write concisely and interestingly on political and economic topics. We offer flexible working hours and regular payments. Please send your responses with examples of work to [email protected]
10 comments
Information
Dear reader, to leave comments on the publication, you must sign in.