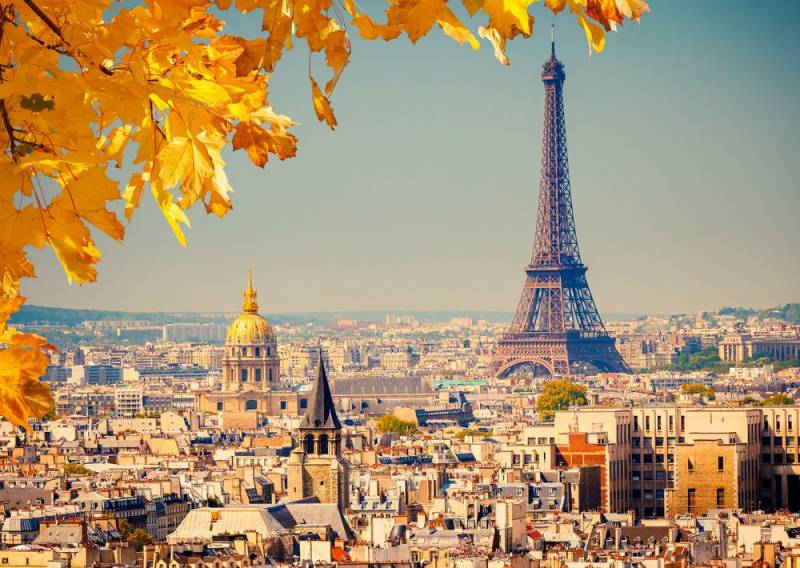 Over the past year, French President Emmanuelle Jean-Michel Frederic Macron has made many statements and made a number of efforts aimed at reconciling continental Europe and Russia. These actions could not but cause concern in London and Washington, so they decided to remind Paris that once upon a time, Moscow had planned to turn it into "nuclear waste."


So the appearance of the relevant material in the American analytical publication on militarypolitical National Interest (NI, "National Interest"), is not surprising. In addition, throughout 2019, a trend toward a nuclear apocalypse has been noted in the media of the West, and the material is just in this spirit.

According to the publication, allegedly obtained from the archives of former Czechoslovakia, in the 60s of the twentieth century the USSR had a plan of attack on France. The emphasis in the material was placed precisely on France, although the Soviet troops had to overcome the obstacle in the form of Germany along the way. At the same time, it was planned to carry out the seizure of France and the territories of several other European countries in just a week.

The publication enthusiastically describes how the Third Reich conquered France in just six weeks, "having won one of the most impressive military victories in history." But the USSR had an even more ambitious plan. The material colorfully states that it would take as many days for everything, "as it took God to create the earth."

The offensive was to begin from Czechoslovakia. Soviet troops, with the support of allies from the Warsaw Pact countries, were supposed to break through the southern part of Germany to central France, taking control of the crossing of the Rhine and other rivers with the help of landings. The 1st and 4th army corps of Czechoslovakia were to quickly advance to the Franco-German border. The 8th Guards Army of the USSR was supposed to cover them from the northern flank, and Hungarian troops from the southern flank.

At this stage, tanks and motorized infantry needed to overcome 1,1 thousand km from Czechoslovakia to the French city of Besancon (there, in August 2019, the French leader met with Russian President Vladimir Putin). After this, one group struck north, heading for the La Manche through Paris, and the second took control of the south of France.

After that, the American edition once again enthusiastically recalled the Third Reich, recalling that one of the most successful offensives was the throw of the Rommel African Corps in June 1942, when the 8th British Army was defeated. Then the Germans covered 560 km in 10 days, moving through the desert, i.e. their speed was 56 km per day.

At the same time, the Soviet troops, in order to fulfill their plan and not get out of schedule, had to advance 100 km per day. Therefore, to implement the plan in just a week was difficult. But the “red blitzkrieg” implied the use of 131 nuclear munitions (96 missiles and 35 bombs). Moreover, the first nuclear strike was planned to be carried out by 41 ammunition, and the second - by 29. Then another 49 ammunition could be used, and 12 ammunition were in reserve.

According to the publication, such a plan could work only under ideal conditions: if the 7th corps of the USA, the 2nd corps of the FRG and the 1st army of France could not contain the onslaught until the arrival of reinforcements, or if “pitted with nuclear craters and exhausted by radiation "The landscape did not prevent the" red troops ".

In any case, Western Europe would turn into nuclear waste. Or, as the French would say, “it's great, but it's not war”
- emphasizes the edition.

The publication did not forget to recall that France conducted its first nuclear tests in 1960, and by 1964 it already had nuclear bombers. According to the publication, a communist occupation would be worse than a fascist occupation, therefore, "it is better to be dead than red."
Ctrl Enter
Noticed oshЫbku Highlight text and press. Ctrl + Enter
We are
Americans talked about the “worst nightmare” for Russia and China
USA: Russian "Borey" will make America uninhabited
Reporterin Yandex News
Read Reporterin Google News
8 comments
Information
Dear reader, to leave comments on the publication, you must sign in.