What are the Germans ready to do for Russian gas? 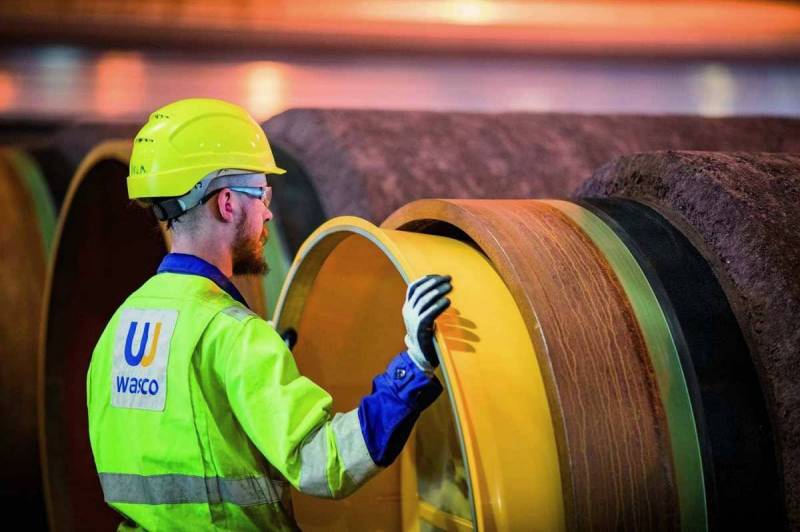 The last significant obstacle remained on the path of Nord Stream-2 - the Third Energy Package of the EU, whose norms were unexpectedly extended to offshore pipelines. There are only two ways to fix the problem: to achieve the abolition of the adopted discriminatory amendments to the energy legislation or the exceptions to their action. In what direction does Gazprom have a better chance?


Recall that the amendments to the Third Energy Package require separation of gas production and transit functions into separate companies, as well as access to alternative pipelines for the pipeline. In fact, this means that instead of the projected 55 billion cubic meters of gas, the Russian monopolist will be able to pump no more than 27,7 billion cubic meters of “blue fuel” bypassing Ukraine.

Such a “shoe change” during the course of the game does not honor Europe, which it is customary to set as an example for Russians, as an example of a culture of conducting civilized business. The chance to save face still remains with European justice. Gazprom appealed to the arbitration court regarding the abolition of discriminatory restrictions on Nord Stream-2, which we told earlier. Lawyers believe that the Russian company has good chances to achieve its goal in independent arbitration, but the time for consideration of such cases can be from 3 to 5 years.

Therefore, much will depend on Germany itself, Gazprom’s main partner in a joint project. In Berlin, they said they were ready to fight for Nord Stream-2:

For the diversified supply of gas to Europe, we need both Nord Stream 2 and transit through Ukraine.

What are the Germans ready to do for Russian gas?

Their initial plan was good. The discriminatory amendments to the Third Energy Package entered into force on May 23, 2019. Nord Stream 2 will be put into operation at best in May 2020. But the Bundestag wanted to beautifully circumvent these restrictions by tying to the timeline not the date of the gas pipeline launch, but the investment terms of the German side made earlier on May 23, 2019.

Unfortunately, in this form, parliamentarians could not accept amendments to national legislation. The initiative was annoying in neighboring Poland, Ukraine, Brussels and Washington. In Kiev, they said:

We expect Germany’s independent energy regulator to act in strict accordance with the directive. The European Commission also supported this position.

In the end, Berlin was able to push through the option "both ours and yours." On the one hand, discriminatory amendments to German law have been incorporated. On the other hand, Germany still left a loophole for Nord Stream-2. The Russian gas pipeline will be able to operate at full capacity if it meets the following criteria: to leave the sea on German soil, ensure the amortization of earlier investments, and will not threaten the security of the EU’s energy supply and intra-European competition.

If the Nord Stream-2 fits the first two criteria completely, the third is very flexible in its interpretations. In addition, the European Commission will have to make these exceptions from the Third Energy Package, where Poland will have its say. It turns out a bad situation when the full-fledged work of the Russian gas pipeline will constantly hang on a thin thread. Instead of a lever of pressure on Europe, Nord Stream-2 turns into a lever of pressure on Moscow. The Germans are the most successful in this situation, who have retained the Ukrainian direction and received an additional pipeline, and due to LNG, diversified their deliveries.
Ctrl Enter
Noticed oshЫbku Highlight text and press. Ctrl + Enter
We are
Historical moment: Moscow must execute “transit verdict” to Kiev
Peace enforcement operation. Russia inflicts a preemptive strike on Kiev
Reporterin Yandex News
Read Reporterin Google News
7 comments
Information
Dear reader, to leave comments on the publication, you must sign in.