Putin threatened Ukraine with the final cessation of gas transit 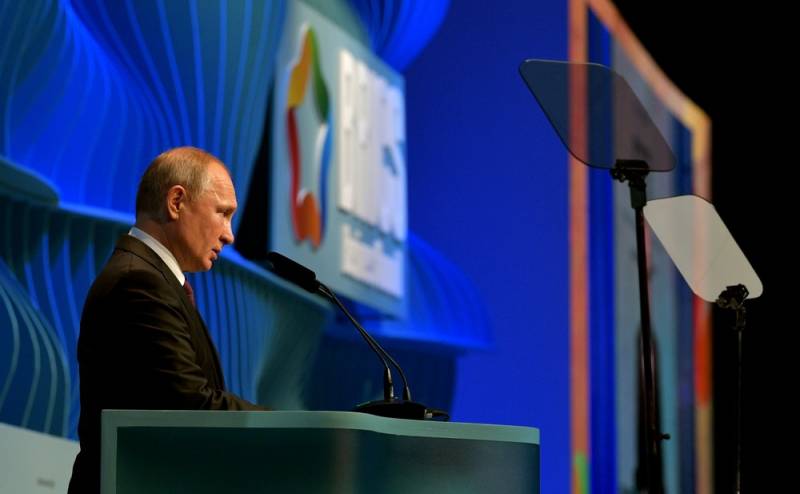 Only a month and a half is left until the end of the current agreement on the transit of Russian gas, but judging by the actions of the Naftogaz management, Ukraine is ready to do-it-yourself to deprive itself not only of Russian gas, but also of its own gas transportation system, which, in the event of transit termination, will become a garbage asset.


During a meeting with reporters at which the outcomes of the BRICS summit were discussed, Russian President Vladimir Putin said that there was a risk of a Russian gas transit through Ukraine.

According to him, the main reason for this will be the constant aggravation of the situation in the negotiations on a new contract by Ukrainian Naftogaz, which is submitting new lawsuits against Gazprom.

In particular, commenting on the situation, the head of state said:

What we now see is happening in realities. Again, Naftogaz filed another lawsuit in court. This makes no sense. Exacerbate the situation, why?

At the same time, Vladimir Putin noted that Russia is ready to conclude a new treaty under any legislation - Ukrainian or European, which Ukraine has committed to implement before the end of 2019.

In conclusion, it is worth saying that after Germany passed the law protecting Nord Stream-2 from the action of the EU Gas Directive, the threat of a complete cessation of Russian gas transit through Ukraine is greater than ever, and there is less time for a new treaty.
Ctrl Enter
Noticed oshЫbku Highlight text and press. Ctrl + Enter
We are
Ukraine is ready to offer Russia an alternative to the transit agreement
Are Americans going to invest in Ukrainian gas pipelines?
Reporterin Yandex News
Read Reporterin Google News
6 comments
Information
Dear reader, to leave comments on the publication, you must sign in.