We went from the north: the American B-52 simulated an attack on key bases of the Russian Navy

The United States continues to increase tension along the borders of Russia, arranging provocations near the locations of strategic forces, including submarines.


Only recently we wrote that the American strategic bombers carried out an imitation of the bombing of the Crimea, as it became known that several B-52 US Air Force did the same trick for the key bases of the Northern Fleet of the Russian Navy.

According to The National Interest, the three B-52 strategic bombers that took off from the Fairford airbase in the UK traveled as close to the Russian submarine base in the Barents Sea as possible.

An expert of the publication, Michael Peck, referring to data from the Norwegian media, said that a group of bombers split up north of Finnmark: one remained in the western part of the Barents Sea, the second went along the coast of the Kola Peninsula, and the third flew towards Cape Kanin Nos at the entrance to the White Sea . 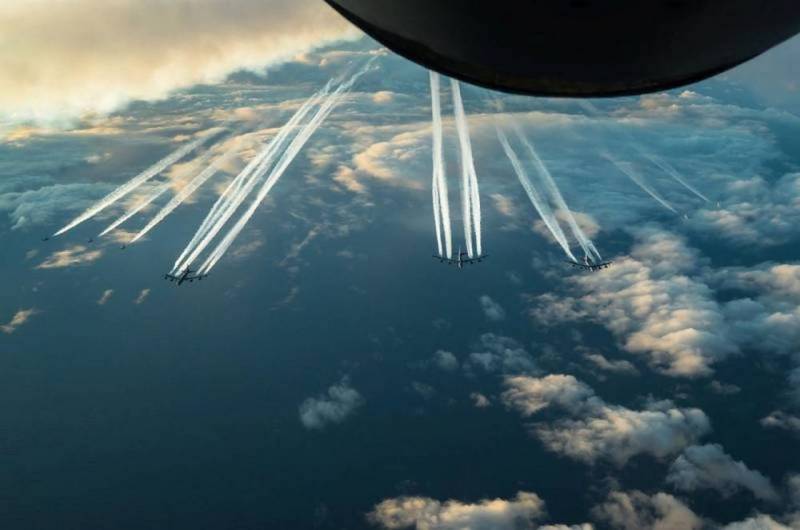 This suggests that American aircraft carried out an imitation of an attack on Russian submarine bases in the Murmansk region - Gadzhievo, Vidyaevo and Polyarny.

According to Peck, such maneuvers of the US Air Force are a "game with potentially fatal consequences," because there are incidents when several US spy planes were shot down during the Soviet era.
Ctrl Enter
Noticed oshЫbku Highlight text and press. Ctrl + Enter
We are
US Air Force B-52 fulfills attacks on Russian Baltic Fleet bases
US sent strategic bombers to Europe
Reporterin Yandex News
Read Reporterin Google News
Ad
We are open to cooperation with authors in the news and analytical departments. A prerequisite is the ability to quickly analyze the text and check the facts, to write concisely and interestingly on political and economic topics. We offer flexible working hours and regular payments. Please send your responses with examples of work to [email protected]
Information
Dear reader, to leave comments on the publication, you must sign in.