A legend in a new guise: Motorola RAZR with a flexible screen introduced 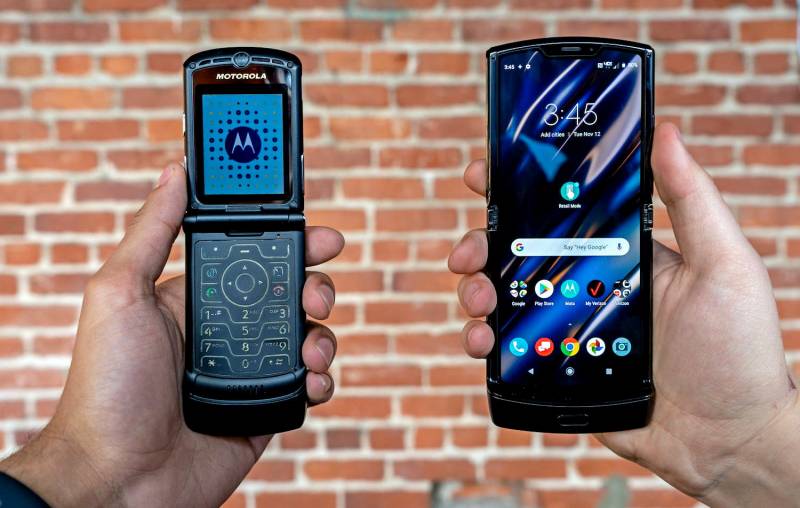 The iconic button clamshell from Motorola, which was very popular in the mid-2000s, has revived in the smartphone format. The legendary RAZR with a flexible screen was officially unveiled. Despite the fact that the gadget managed to keep the classic design, its filling is fully consistent with modern standards.


The main feature of the novelty is a flexible 6,2-inch display, which completely occupies the internal area of ​​both folding wings. The screen resolution is 2142x876 pixels with an aspect ratio of 21: 9.

On the outside of the gadget's upper flap, like the button predecessor, there is an additional display that allows you to use the basic functions of the smartphone when folded. The diagonal of the external screen is 2,69 inches, and the resolution is 800x600 pixels.


As for the filling, the modern RAZR was equipped with the non-flagship Snapdragon 710 with the Adreno 616 graphics accelerator. The amount of RAM / physical memory is 6/128 GB. The battery capacity is also quite modest - 2510 mAh. The clamshell could not boast of multi-module photosensors. The single main camera (f / 1.7) shoots with a resolution of 16 megapixels, and the front (f / 2.2) - 5 megapixels.

To put it mildly, the new Motorola RAZR does not reach the flagship level in terms of performance. It is rather a flexible mid-range smartphone. However, despite the modest filling, not everyone will be able to purchase the device. The clamshell price was $ 1499. By pre-order, the smartphone will be available on December 26, and the gadget will appear on store shelves at the beginning of next year.
Ctrl Enter
Noticed oshЫbku Highlight text and press. Ctrl + Enter
We are
Revival of the legend: Motorola clamshell will get a flexible screen
Motorola's legendary clamshell may resurface with a flexible display
Reporterin Yandex News
Read Reporterin Google News
3 comments
Information
Dear reader, to leave comments on the publication, you must sign in.