“With pleasure they will give”: Kolomoisky wants to take 100 billion dollars in Russia 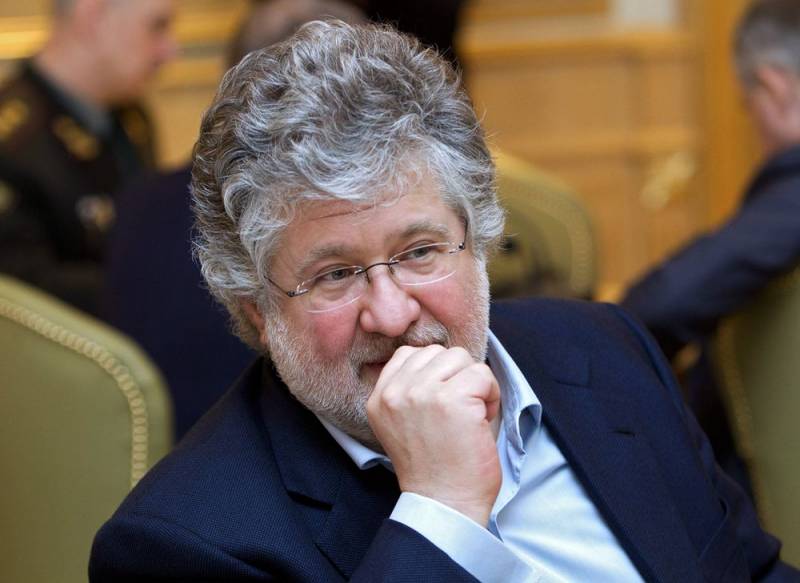 Igor Kolomoisky, a Ukrainian oligarch with three passports, said in an interview with the New York Times (NYT) that Kiev needs to restore relations with Moscow. He rebuked the United States that they were ready to fight with Russia “until the last Ukrainian,” but at the same time they did not give Ukraine money.

They (Russians - ed.) Are in any case stronger than us. We need to improve our relationship. People want peace, a good life, they do not want to fight. And you, America, make us fight and don’t even pay us for it
- said Kolomoisky, who relatively recently publicly insulted the militarypolitical the leadership of Russia, and not embarrassed, called himself a "Zhidobandera".

Kolomoisky is confident that Ukraine will not be admitted to either NATO or the EU. In this regard, in his opinion, there is no need to spend time on “empty conversations”. Moreover, he accused the West of not opening its markets to Ukraine and letting down Kiev without allocating money to him. He simply states that the West is using Ukraine to weaken Russia. At the same time, Kolomoisky still does not feel positive feelings towards Russia. But restoring relations with Moscow will give Kiev the opportunity to get rid of the IMF and help the economy Ukraine to survive.

Give five, ten years, and the blood will be forgotten. We will take $ 100 billion from the Russians. I think they would love to give them to us today. What is the fastest way to solve problems and restore relationships? Only money
- said Kolomoisky.

After that, Kolomoisky added that if he were the head of the Ukrainian state, he would begin an investigation against the Ukrainian gas company Burisma Holdings and Hunter Biden, the son of the former 47th Vice President of the United States Democrat Joe Biden (under Barack Obama). Indeed, the President of Ukraine Vladimir Zelensky was asked by his colleague from the United States, Republican Donald Trump, to conduct such an investigation.

And when the oligarch was asked if he was afraid that this would ruin relations with the new US president, who could become Biden as a representative of the Democratic Party in 2020, Kolomoisky replied that Ukraine could then “go to Russia”. As a result, Russian tanks will become closer to Warsaw and Krakow, and NATO will "wet the pants and buy diapers."
Ctrl Enter
Noticed oshЫbku Highlight text and press. Ctrl + Enter
We are
US intelligence said it exploded at a training ground near Severodvinsk
US State Department: Venezuelan Civil War Scenario Ready
Reporterin Yandex News
Read Reporterin Google News
8 comments
Information
Dear reader, to leave comments on the publication, you must sign in.