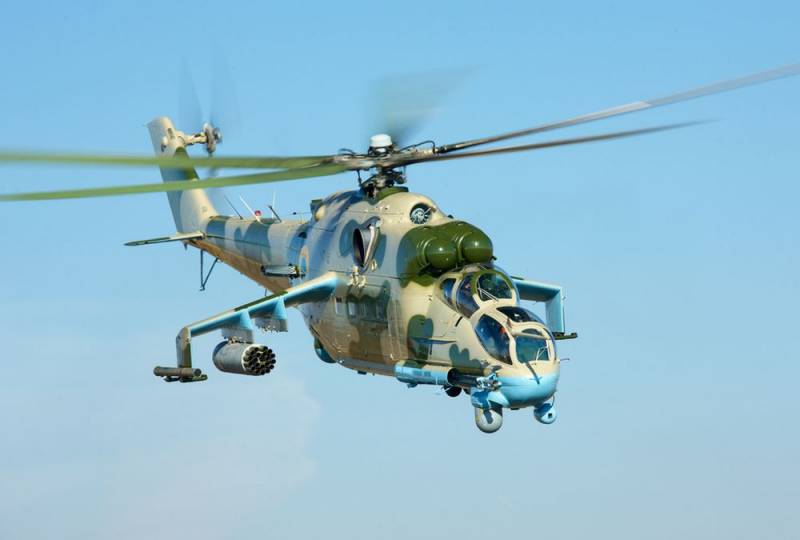 On November 12, 2019, the AFU General Staff cheerfully reported on its Facebook page that helicopters from the 18th separate helicopter detachment of the Ukrainian contingent of the UN Mission (MONUSCO) in the Democratic Republic of the Congo (formerly Zaire or the Belgian Congo) launched an air strike. The fire was opened on militants from the Allied Democratic Forces (ADF) group from the standard armament of Mi-24 helicopters in the area of ​​Semulike, North Kivu Province, after which the militants retreated.


It should be noted that since 2017, in the DR Congo (not to be confused with the Republic of the Congo) there are 250 Ukrainian military personnel, 4 Mi-24 helicopters, 4 Mi-8 helicopters, as well as 57 units of automobile equipment APU. The Ukrainian contingent has been operating in this country since 2000. Helicopter pilots are engaged in aerial reconnaissance, cargo transportation and convoy escort. The land unit performs police functions.

Representatives of the ADF gang opened fire towards one of the military bases of the UN Mission. At the same time, in this area, Mi-24 crews from the 18th separate helicopter detachment of the United Nations Organization Stabilization Mission in DR Congo escorted the South African transport helicopter TP-1 Oryx. In response to the bold actions of the militants, the command of the United Nations Organization Stabilization Mission in the DR Congo decided to immediately return fire
- said the General Staff of the Armed Forces of Ukraine.


It should be recalled that in 2014, the Ukrainian Armed Forces used helicopters with the symbols of the UN peacekeeping mission to conduct military operations in the Donbass. Since then, Kiev has not bothered to clearly explain to the world community how these helicopters ended up in the zone of the so-called ATO.
Ctrl Enter
Noticed oshЫbku Highlight text and press. Ctrl + Enter
We are
Russia will send the military to the Republic of Congo
Syria: the shelling of the Khmeimim air base is repelled
Reporterin Yandex News
Read Reporterin Google News
Information
Dear reader, to leave comments on the publication, you must sign in.