The Ukraine project will be closed after the division of the GTS, Motor Sich and Naftogaz 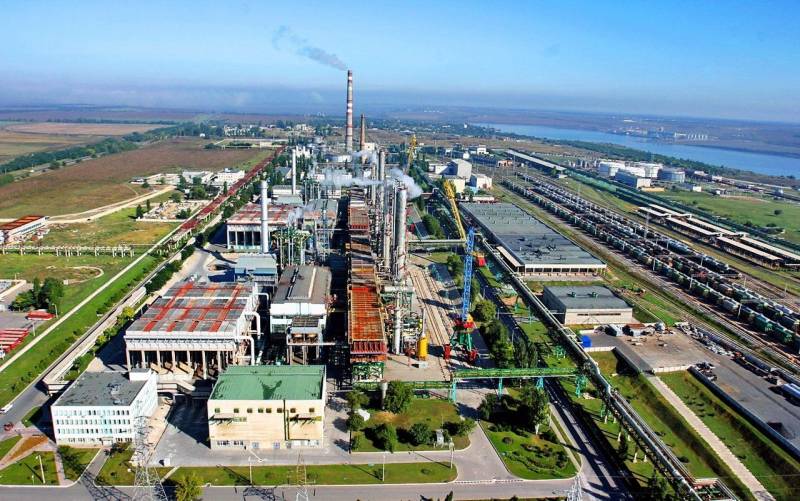 While policy in Kiev, they are making plans for a military revenge in the Donbass and in the Crimea, there are more and more signs that the project of Ukraine as an anti-Russia is becoming an issue. Should warlike Ukrainian patriots seriously count on military and other support from the West in a hypothetical campaign in Crimea?


Dmitry Kuleba, Minister for European Integration of Nezalezhnaya, gave a lengthy interview to the Ukrainian version of RBC. In it, he gave a historical example of the return of disputed territories:

France, for example, waited from 1871 to 1918. But when the moment came, she made a jerk and took Alsace back from Germany. And we must be prepared for the same turn of events.

A well-known Ukrainian musician, a native of Lviv, Vakarchuk, hit the politics, also urges to wait and not arrange a "turbo mode" in an attempt to return Crimea. Instead, he suggests pumping up the military and economic muscles to be ready at the right time to take your own.

Well, the “wait” position is quite robust, however, it will take a very long time to wait, if you recall Japan and its “northern territories”. But a logical question arises: is Ukraine able to independently reach Sevastopol by taking away the disputed peninsula from a nuclear power?

With all due respect to the Ukrainian fighting enthusiasm, the task is unrealistic, no matter how many muscles you pump. Without active assistance from NATO, the result will be approximately the same as the Georgian scenario, possibly with even more deplorable results for the “revenge-seeker”. More importantly, more and more signals are coming from the West that he is not interested in participating in all this.

So recently we toldthat President Macron criticized NATO and its Fifth Article of the Charter, which calls for considering the attack on one member of the bloc an aggression against all members of the alliance at once. Apparently, the French president is absolutely not ready to "fit in" for dysfunctional candidates for NATO in the event of their war with Russia. Recall, the Fifth Republic in the bloc is the third in military force.

The mentioned Dmitry Kuleba with obvious discontent commented on the movement of Europe towards Russia:

The backbone of the pressure system on Russia remains, but the body itself is already beginning to slowly penetrate paralysis. Once - here they were returned to PACE, once - they started talking about how to return to G7.

In his humble opinion, they managed to prevent these unwanted conciliatory steps only by the efforts of Kiev. But the minister himself declares a certain readiness of the European Union to lift anti-Russian sanctions, and is quite naively ready to demand compensation from the EU for this.

However, the position of “hegemon” is even more important for Ukraine and its revanchist moods. Trump National Security Advisor Robert O'Brien said the unexpected:

I hope that Russia and Ukraine will get along, there will be some kind of peace treaty or agreement. I will not make commitments forever regarding what we will do.

It should be remembered that Maidan Ukraine is a project of the predecessors of Donald Trump, the Democrats. The current American president has no obligations to Kiev. A formerly highly successful businessman, Trump routinely solves geopolitical issues on the patterns of corporate governance. If you look at the example of Syria, you can roughly imagine what awaits Ukraine under it.

The head of the White House announced the withdrawal of troops from the SAR, but at the same time left a certain contingent for the protection of oil fields and oil refineries. With minimal efforts, he retained control over the source of the petrodollars, transferring them from the pocket of the Syrian people to the American. Syria itself and its restoration are provided to other participants - Tehran, Ankara, Moscow and, of course, Damascus itself.

It is possible that something similar awaits and Independent. After the start of privatization, the Americans and Europeans will take away Ukrainian black soil, liquidate the remnants of competing enterprises that are dangerous for them, such as Naftogaz, Motor Sich, and take control of the gas transportation system in order to have leverage over Gazprom. Strictly speaking, this is where Trump's business interest in Ukraine ends. Further, he may well compel Kiev to fulfill the Minsk agreements and achieve the return of the DPR and Lugansk People's Republic to the Independent Square, which both in Russia and Ukraine will be presented as a great victory and the beginning of "rapprochement."

Then, from the point of view of business efficiency, it will be optimal for the United States to hang on to Moscow the further maintenance and restoration of Ukraine, so that the Russian economy is already torn from this. The most frostbitten radicals are severely calmed down, and the rest will be “tamed" and will be released onto the scene as necessary. No one will speak about a campaign in Crimea, except for outright populists.

Perhaps such a "bad world" is better than a "good war." We will see.

We are in Yandex Zen
It's important
9
Ukraine from the inside: traitors, curators and those who watch from the Kremlin
Ten "defeats" of Putin
Reporterin Yandex News
Read Reporterin Google News
21 comment
Information