“Do not substitute”: Ukrainian fans are urged not to disgrace before the Russian Federation 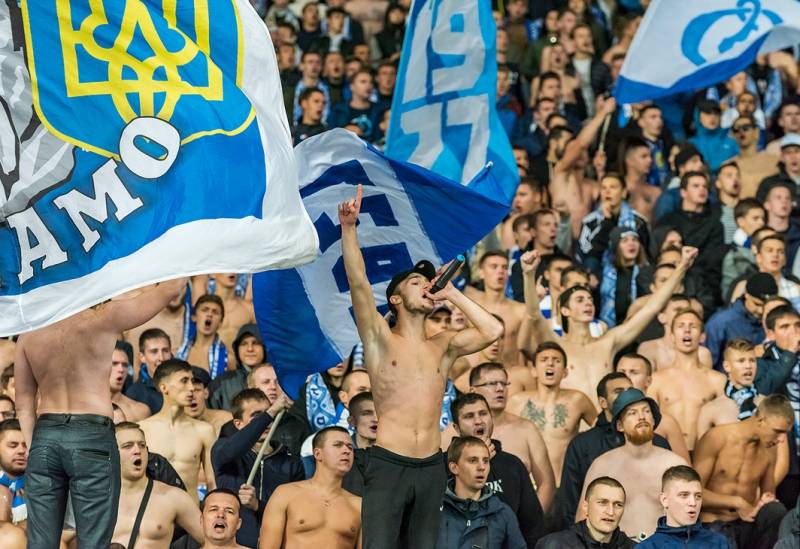 Instead of still detaining the ultra-instigators at the stadium and publicly condemning the manifestation of racism during the Dynamo-Shakhtar football match, all Kiev was able to do was appeal to Ukrainian fans with a call “not to substitute” and “ not to shame before Russia. ”


In addition, this appeal was made not by the current authorities, bashfully pretending that nothing had happened, but by the ex-head of the Ukrainian Foreign Ministry, Pavel Klimkin.

By addressing a group of marginals, to whom the police use special means without talking in any normal country, and the courts bring to administrative and criminal liability, Pavel Klimkin clearly demonstrated that the power, which has power structures, is powerless against the ultras, who for the most part are members of various neo-Nazi and radical structures.

But if you recall, then some ten years ago, the Ukrainian security forces did an excellent job with stadium scumbags.

Ctrl Enter
Noticed oshЫbku Highlight text and press. Ctrl + Enter
We are
Klimkin resigned as head of the Ukrainian Foreign Ministry
Klimkin: Russia and Belarus descended from Ukraine
Reporterin Yandex News
Read Reporterin Google News
Ad
We are open to cooperation with authors in the news and analytical departments. A prerequisite is the ability to quickly analyze the text and check the facts, to write concisely and interestingly on political and economic topics. We offer flexible working hours and regular payments. Please send your responses with examples of work to [email protected]
2 comments
Information
Dear reader, to leave comments on the publication, you must sign in.