Cheering for Americans: Why China Should Not Get Motor Sich 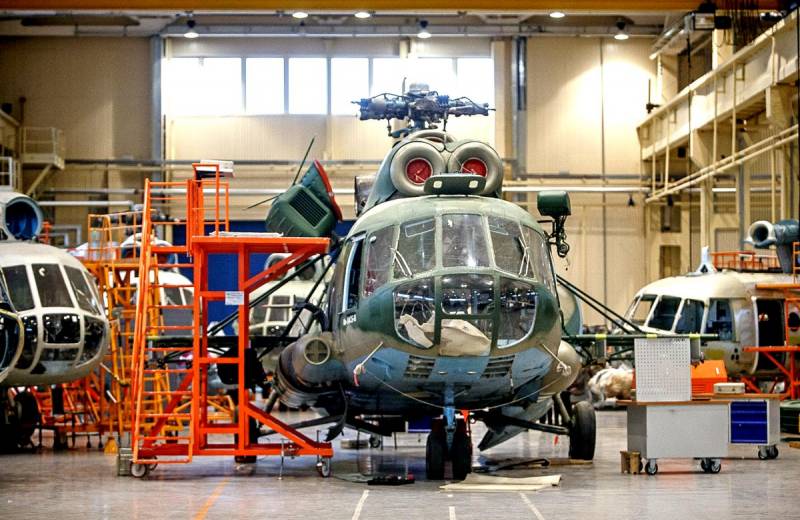 A serious struggle has unfolded for the Ukrainian aircraft manufacturing company Motor Sich. To prevent China from taking over technology powerful engines, the United States is even willing to buy an airline on its own. For whom in this matter should Russia, Beijing or Washington, be forced to turn out to be an outsider?


Few countries have their own aviation industry, but are even less able to create powerful power plants for it. Motor Sich is a unique enterprise, once created by a real superpower, the USSR. It produces engines for the Yak-130, An-70, An-124, An-140, An-148 aircraft and even for the giant An-225. Also, Zaporizhzhya enterprise is famous for helicopter engines for Mi-8, Mi-17 and Ka-226. In addition, Motor Sich designs and supplies gas and energy equipment to many countries.

We should pay tribute to the management of the plant, which preserved it without collapsing, and was looking for new markets. The main partner of Motor Sich has traditionally been Russia, but over the past decade it has actively collaborated with China. After the events of 2014, familiar ties with Russian industry were broken, and the Cossacks saw their salvation in China. But our country was forced to go through import substitution. What is now waiting for the famous airline?

In early autumn, two companies from China entered into an agreement to purchase a controlling stake in the Ukrainian plant. To close the transaction, you must obtain the consent of the Antimonopoly Committee of the country. However, in the USA they strongly opposed such a takeover. Moreover, according to The Wall Street Journal, unofficial adviser to President Trump Eric Prince is in talks to buy Motor Sich. What will happen if the Americans can intercept the airline from under the nose of the Chinese?

As such, they do not need a Ukrainian plant. Almost all the relevant technologies they have. The only thing that can really interest them is high-altitude engines that allow helicopters to maneuver in the mountains. This ability of Russian rotorcraft equipped with "engine" engines, the US military appreciated in Afghanistan. Also, the company can earn several decades on the maintenance of already manufactured aircraft engines.

Perhaps this is all. The main task for the United States is to prevent China from acquiring Soviet experience in engine building. Russian aviation expert Ruslan Gusarov explains:

China has already bought documentation and drawings for the construction of the An-225 Mriya and the An-124 Ruslan, but they cannot assemble them without a powerful engine. It is these engines that they can get from Motor Sich. And if they begin to produce such aircraft, this will upset the balance of power in the region and the United States will have additional problems.

This means that, having bought Motor Sich, the Americans will take the most interesting patents for themselves, after which, in the worst case, they will completely close it by sending the equipment for scrap. In the best case, they will preserve only some profitable directions, “optimizing” the rest. In fact, it will be the real "end of the legend."

The acquisition by the Chinese is somewhat more advantageous for the airline. True, it should be remembered that investors are interested in transferring production to China, so it will ultimately be “Ukrainian” only in the memories of patriots. If you look at this process from the point of view of Russian national interests, then, despite the declared "friendship with China," this is not beneficial for us.

The development of Motor Sich will allow Beijing to make a real breakthrough in the aircraft industry, becoming a full-fledged manufacturer of aircraft throughout the production chain. Dependence on Russian technology will weaken sharply, it is possible that the Chinese will have new thoughts about the separate sales of the joint wide-body CR929 airliner, about which we told earlier.

The mentioned Ruslan Gusarov is quite skeptical about this:

We may lose this market. But the biggest headache is the risk that China will begin to make fighter aircraft and sell them to third countries, thereby dumping in the market. They may be worse in quality, but some Russian buyers may go to them.

It turns out, however paradoxical it may seem, Russia should “root” for the Americans, and not for the Chinese in this matter. There is, of course, another option with "ZNR", but this, of course, has the right of black humor.
Ctrl Enter
Noticed oshЫbku Highlight text and press. Ctrl + Enter
We are
Sale of Motor Sich to the Chinese: for whom to “root” for the Russians?
Replacement for Ruslana: why Kiev was alarmed by a new Russian aircraft
Reporterin Yandex News
Read Reporterin Google News
Ad
The publication is looking for authors in the news and analytical departments. Requirements for applicants: literacy, responsibility, efficiency, inexhaustible creative energy, experience in copywriting or journalism, the ability to quickly analyze text and check facts, write concisely and interestingly on political and economic topics. The work is paid. Contact: [email protected]
13 comments
Information
Dear reader, to leave comments on the publication, you must to register.
I have an account? Sign in