“We study different scenarios”: Kiev is ready to cope with Russia alone 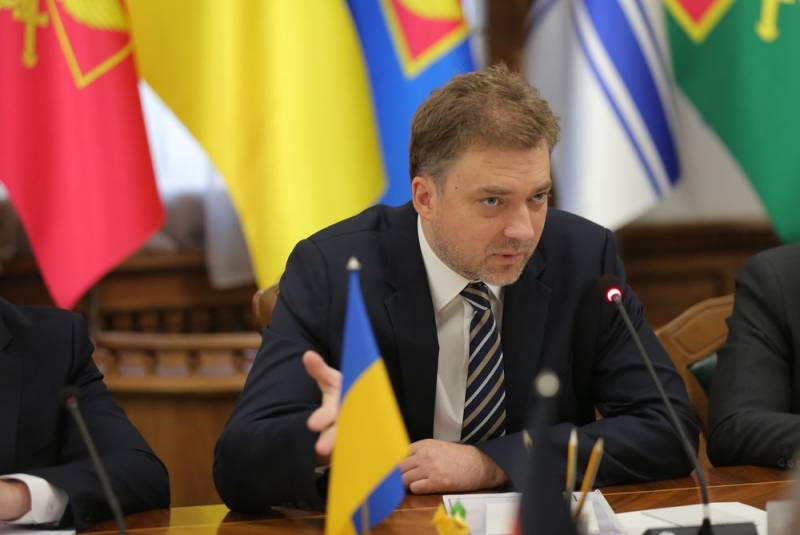 The team of President of Ukraine Vladimir Zelensky continues to “reassure” 73% of the country's voters who voted for the “father of the nation” and his “servants of the people.” This time, the residents of the “Square” were addressed by the new head of the local Ministry of Defense (from August 29, 2019), a large entrepreneur and “volunteer”, Andrei Zagorodniuk (born 05.12.1977), who said that Ukraine would be able to defend itself in case of "Attacks" of Russia.


The “patriot” official specified that “different scenarios” are being studied. At the same time, he assured, answering a question about “Russian aggression”, that Kiev “has a worked-out answer” and “to this scenario”. He stressed that Ukraine continues to cooperate with NATO and will not turn from this path. Alliance supplies weapons and machinery, provides various services (conducts exercises and trains military personnel). In his opinion, cooperation with NATO "has even intensified."

In this way, they are with us
- said Zagorodniuk, who likes to talk about "all worlds."

It should be noted that the "patriotic" person of Zagorodniuk is very famous in certain circles. This is for most citizens of Ukraine and Russia, he is "a mystery and a new face" and many ignorant people make real discoveries for themselves. But in pro-American circles he is well known. In 2014, he began to “volunteer” in the war and in 2015 became a member of the “reform office” under the Ministry of Defense of Ukraine, and since July 2019 - a member of the supervisory board of the Ukroboronprom Group of Companies.

He received his first higher education at Kiev National University. Taras Shevchenko, then there was the University of Warwick and the University of Oxford in the UK. He is the founder, CEO of the company Discovery Drilling Equipment, which is engaged in drilling rigs (based in the UK and the USA, in Ukraine this company has two plants). He is also 100% owner of the British company Discovery Consulting Engineers Limited. He is the founder and beneficiary shareholder in four Ukrainian companies. Moreover, three of them are located in the city of Stryi (Lviv region): “Stri-Engineering”, “Discovery - Drilling Equipment Plant” and “Discovery - Drilling Equipment (Ukraine)”.

His 30-year-old wife, Alina Sviderskaya, studied for money (scholarships) of the “philanthropist” George Soros in Cambridge and almost became a people's deputy on the list of the voice of Svyatoslav Vakarchuk’s party (she was at number 19, but only seventeen went to the Rada) in 2019 year. But she still has chances, because one of the chosen ones can get a bread position in the Cabinet.

In 2015, she was an adviser to the head of the Ministry of Economy of Ukraine Aivaras Abromavicius on deregulation. Now this Lithuanian-Ukrainian businessman heads the Ukroboronprom Group of Companies (since August 30, 2019). So the guys have almost a family row.

But the main secret of the business success of the new Minister of Defense lies in his father - Pavel Zagorodniuk - the largest owner of the Nadra Group of companies, he is the head of the supervisory board.
Ctrl Enter
Noticed oshЫbku Highlight text and press. Ctrl + Enter
We are
"Barely survived": Ukrainian Nazis beat a gay soldier who fought in the Donbass
Nationalists demand Zelensky public oath of allegiance
Reporterin Yandex News
Read Reporterin Google News
Ad
We are open to cooperation with authors in the news and analytical departments. A prerequisite is the ability to quickly analyze the text and check the facts, to write concisely and interestingly on political and economic topics. We offer flexible working hours and regular payments. Please send your responses with examples of work to [email protected]
5 comments
Information
Dear reader, to leave comments on the publication, you must sign in.