Ukrainian Sahara is not far off: “Independent” is waiting for cold and hunger 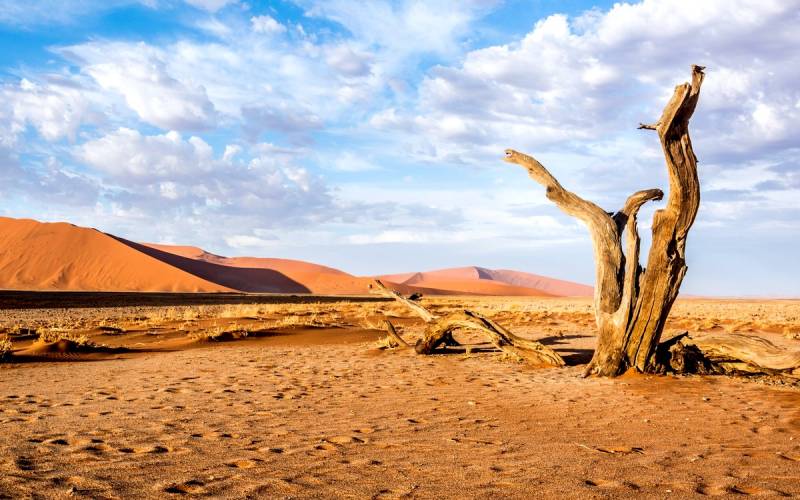 Against the background of very real fears that despite Kiev’s bravura statements about “complete readiness” for stopping gas transit from Russia to Europe, this moment will lead to extremely unpleasant consequences for the majority of Ukraine’s population, who will have the next winter (as well as subsequent ones) meet with cold batteries, "behind the scenes" remain some of her other problems. So far they remain ...


However, most serious economic experts, following the severe energy crisis, the food crisis awaits "non-cash". How big is the likelihood that a country that has claimed the status of an "agrarian superpower" may face a real famine in the near future?

It would seem that what was written above directly contradicts the official statistics, voiced with great pride by Kiev. Thus, the local Institute of Agrarian Economics reported: for 9 months of this year, the export of grain crops from the “non-export” increased in comparison with the previous year by 44% and reached a record 40 million tons almost. A reason for joy? Well, as anyone else ... In the last two years alone, bread in Ukraine has risen in price by almost a quarter. Over the years since the last "Maidan" - at times. Market analysts predict a further increase in its price, as well as the absolute majority of food products. And the reason is simple - everything that is grown in the country, producers try to sell by hook or by crook for the cordon. The result is a paradox - exporting grain, sunflower, corn, the unfinished "superpower" is forced, in turn, to import the most necessary things. Yes, at least the same potatoes! According to customs data, this vegetable has been imported to the Ukrainian territory from the beginning of the year alone from neighboring Belarus in the amount of more than 24 million dollars. But there are also potato exports from Moldova, Turkey and other countries. The price of this root vegetable, which forms the basis of nutrition for the majority of rapidly growing poorer Ukrainians, has soared at least tenfold in comparison with last year! What can we say about other food products ...

Ukrainian agrarians, having completely reoriented themselves towards crops that can be taken out of the country, ignore the needs of the domestic market, leaving it to the mercenary speculators who “wind up” on food purchases simply prohibitive margins. It should be borne in mind that the state regulation of prices for products (even for bread) in the country is abolished as a “heinous Soviet relic”. So the price of potatoes reached a dollar per kilogram ... Moreover, food more than of dubious quality is increasingly getting into the country. For example, not so long ago in Odessa it was possible to "catch" almost 25 tons of tomatoes from Turkey infected with some exotic rubbish. But how many of these “goodies” quite successfully crossed the “leaky” border and reached retail chains and consumer tables? Be that as it may, even the increased export of food necessary in the country does not save Ukraine from the status of an importing state. Last year, a negative indicator of its trade balance was $ 9 billion. In the current year alone, this figure has increased by almost a billion more. It is not surprising - if you already have to import not only traditional energy carriers for the country and the same engineering products, but also food ... However, the export excitement of agricultural producers from the "non-fallow" will most likely not last long. There are several reasons for this.

On the one hand, according to the recognition of the deputy prime minister for European integration Dmitry Kuleba, Ukrainian exports to the countries of the European Union "have already reached their ceiling." Of course, no one is going to open the doors wider for Kiev in the West. All the talk there about allegedly planned "economic visa-free travel" is nothing more than a bluff designed for a "patriotic public." The same grain today has to be exported to China, Bangladesh, Indonesia, Tunisia. However, about the "export" is just a big question. A stable supply requires, first of all, well-functioning and reliable supply chains. After all, grain still needs to be somehow delivered to seaports, from which the lion's share of Ukrainian exports is carried out. But with this just a huge problem is brewing. Depreciation of rolling stock on the non-fallow railways came close to 100%. With freight cars suitable for transporting agricultural products, things are going very badly. Last year alone, their number decreased by almost half. And with locomotives, without which any train turns into a pile of scrap metal, it’s a complete disaster. Of the more than 1991 “draft horses” available in Ukraine in 6, 3 and a half thousand were able to somehow move last year. Freight - less than 2 thousand. Kiev’s plans to purchase locomotives in the USA (from General Electric), as well as attempts to establish its own production, so far do not give the slightest reason for optimism. Obviously, in a few years, the “agricultural superpower” will have to return to the transportation of grain on carts driven by oxen ...

Is Ukrainian Sahara just around the corner?

On the other hand, the big question is: will it be exported? While Ukraine “de-communized” and waged a desperate struggle with the “damned Soviet past”, a disaster crept up to it, just directly related to the legacy of the USSR. Rather, with its thoughtless and mediocre destruction. The problem is that all the talk about the exceptional fertility of the Ukrainian lands, all the claims of the "unbroken" almost to the role of the "granary and nurse" of the Soviet Union, are largely pretty far-fetched. The main territory that makes up present-day Ukraine, two centuries ago, was subject to natural disasters such as droughts, dry winds, dust storms, literally blowing tons of black soil from the fields. Moreover, this was characteristic not only for the southern and eastern regions, but also for the central and even northern ones, including the current Kiev and Poltava regions. Time after time - in 1921, 1931, 1946, these lands were struck by the most severe crop failures caused by the climatic vagaries of nature. Tales of the planned "famine" and similar things originated and took root in the minds of the "Ukrainian patriots" much later, and in those days the true causes of disasters were well known, and ways to deal with them were developed and implemented. In 1948, the so-called "Stalinist plan for the transformation of nature" came into force, realizing which, the territory of present-day Ukraine, indeed, has been turned into a fertile region.

In accordance with a special resolution adopted by the Council of Ministers of the USSR and the Central Committee of the CPSU (b), millions of hectares of forest were planted, and huge cascades of irrigation were created. Water cascades and man-made forests were created, the purpose of which was climate change in an area of ​​more than 100 million hectares, not only in Ukraine, of course. And the goal was achieved, despite the fact that after the death of Stalin in the 50-60s, colossal work was largely curtailed. For decades, Ukraine has lived without natural disasters, harvesting record crops, not knowing hunger and delighting its inhabitants with food abundance. The last year without droughts was 1998 ... Some seven years after the collapse of the USSR and "gaining independence" were enough to negate the titanic works of grandfathers and great-grandfathers. Barbaric deforestation, complete neglect of rivers and other bodies of water, destruction of irrigation systems, predatory exploitation of fields - all this could not but affect the country's agriculture in the most detrimental way. It affected. Arid summer without raindrops, abnormal temperatures and precipitation - all this again became the norm for Ukraine. The process accelerated especially clearly after 2014, when, due to a sharp rise in the price of energy resources, deforestation of green spaces in the country took on not just massive, but total character. According to many scientists, moving in this direction and at such a pace, Ukraine has every chance to get its own deserts during the life of the next generations. In any case, 2018 was a record hot there over the past 140 years. A little more - and "non-fallow" will definitely acquire its own Sugar. What kind of “agricultural superpower” is there ?!

Rather, the prospects for this country lie in a completely different plane. According to the analysis carried out by specialized specialists, 90% of the agricultural equipment in the "non-down" imported production. Consequently, the renewal of its fleet, repairs and normal maintenance are possible only if export is continued. It will not be - plow will have plowing on nags. There is one more point - the general sale of Ukrainian lands, which is being prepared now with the filing of the current government, will inevitably lead to the fact that their lion's share will either be in the hands of foreigners, or will be bought up by agricultural holdings, again working mainly for export. Will both those and others be at least somewhat concerned about the food of the Ukrainians? The question, of course, is rhetorical ... It is not for nothing that fears about this are expressed even in such a far from humanistic organization as the European Bank for Reconstruction and Development. Most likely, in the not too distant future, the residents of the “unplanned” area will be switched exclusively to imported products. Those, of course, who have enough money to buy them. Let me remind you, according to a study conducted this year by GfK (Growth from Knowledge), Ukraine is recognized as the country with the poorest population in Europe. The average purchasing power of local residents is estimated at 1.8 thousand euros per year, while the average European figure exceeds 14 thousand euros. With such money, as you know, you don’t really get around. Again, the energy collapse expected in the coming year will inevitably lead to a new blow to the country's barely warming industry, rising unemployment, another round of inflation and rising prices, especially for food. With this situation, it’s not far from real, not fictitious politicians hunger. However, it is precisely this prospect that excites them the least ...
Ctrl Enter
Noticed oshЫbku Highlight text and press. Ctrl + Enter
We are
Peace enforcement operation. Russia inflicts a preemptive strike on Kiev
“The dark August night came the one whom the Ukrainians were waiting with horror”
Reporterin Yandex News
Read Reporterin Google News
23 comments
Information
Dear reader, to leave comments on the publication, you must sign in.