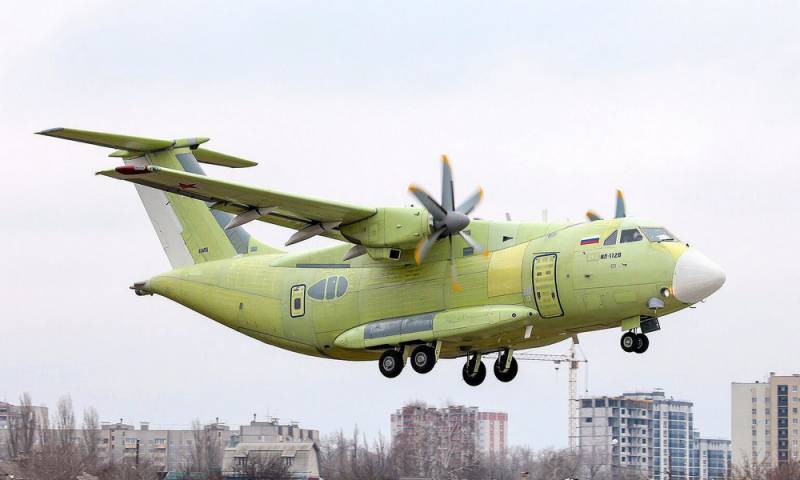 The use of new materials, primarily composites, as well as the completion of equipment, allowed to reduce the mass of the prototype IL-112V, which is the first military transport aircraft developed in Russia from scratch after the collapse of the USSR.


It is reported TASS with reference to the press service of PJSC Il. The press service also clarified that the takeoff weight of the new Russian transport was reduced as agreed with the customer, the Ministry of Defense of the Russian Federation.

All work with the first Il-112V prototype aircraft, which made its first flight in March of this year, is carried out at the VASO manufacturing plant (part of the UAC transport aviation division) in accordance with the approved schedule.

The features of the IL-112V include the possibility of its operation at small, low-equipped airfields with both concrete and unpaved surfaces of runways.

The first flight of the Il-112V took place in March 2019 near Voronezh and lasted 45 minutes. According to the statement of the chief designer Nikolai Talikov, during the first flight, it was understood that the aircraft needed to facilitate take-off mass.
Ctrl Enter
Noticed oshЫbku Highlight text and press. Ctrl + Enter
We are
Dozens of top managers resigned from IL PJSC
The latest IL-112V transporter soared into the sky for the first time
Reporterin Yandex News
Read Reporterin Google News
2 comments
Information
Dear reader, to leave comments on the publication, you must sign in.