November 10 2019
1
US President Donald Trump, under constant pressure from his opponents inside the country, announced his intention to publish another transcript of his conversations with Ukrainian President Vladimir Zelensky. 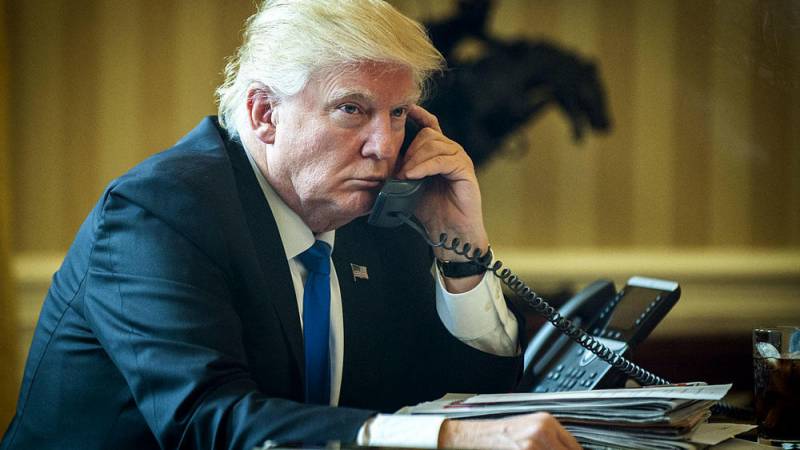 According to the American leader, told reporters on Saturday before flying to Alabama, the transcript will be released on Tuesday, November 12, immediately after the Veterans Day, which the US celebrates on November 11. It is reported TASS.

Trump called political the situation in the country with a “witch hunt” and noted that this should never be repeated with another American president.

The US President emphasized that the publication of the transcript of the second conversation with Vladimir Zelensky would be done so that everyone would be convinced that there was nothing illegal there.

Recall that the conversation between Trump and Zelensky in July was the occasion for a scandal during which opponents of the current president of the United States announced that he put pressure on the president of Ukraine.

This pressure, in their opinion, was supposed to force the Ukrainian authorities to launch an investigation against the son of Trump’s main rival in the upcoming elections - Democrat Joe Biden.

In turn, Ukrainian President Vladimir Zelensky, in addition to becoming a hostage to his conversations with Trump, was at the epicenter of the confrontation between American Republicans and Democrats, the outcome of which will become clear only after the U.S. presidential election, which will be held in 2020.
Ctrl Enter
Noticed oshЫbku Highlight text and press. Ctrl + Enter
We are
The White House announced Trump's readiness for impeachment
Zelensky is required to publish a transcript of negotiations with Putin
Reporterin Yandex News
Read Reporterin Google News
1 comment
Information
Dear reader, to leave comments on the publication, you must sign in.