US revealed the fate of Syrian oil

November 7 2019
3
Criticism by the international community that has attacked the United States over the “protection” of Syria’s oil fields has prompted Washington to start making excuses. The US State Department officially announced that oil in Syria-controlled US military territories is allegedly produced by local authorities and is for the benefit of local communities. 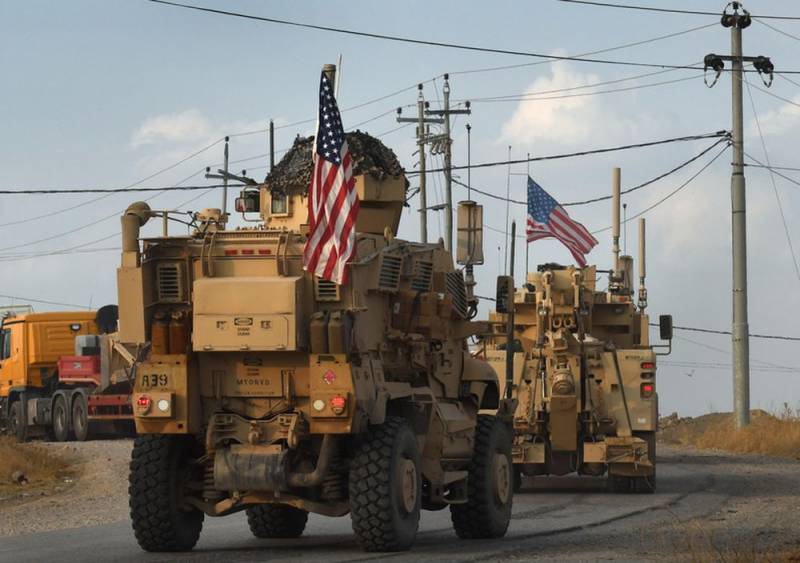 The State Department stressed that they did not receive instructions from the White House regarding the involvement of US companies in participating in the production of this oil or in facilitating production. It should be noted that we are talking about territories that are under the control of the Arab-Kurdish alliance “Syrian Democratic Forces” (SDS) and the self-proclaimed “Autonomous Administration of North-East Syria” (Rojava, Syrian Kurdistan or Western Kurdistan), curated from Washington.

It should be recalled that 90% of all oil production in Syria is located on the eastern bank of the Euphrates River. For several years this territory was controlled by the “barmales” from ISIS (a terrorist organization banned in Russia). But after Trump announced his victory over ISIS, the militants began to enlist in Kurds in orderly rows. Those who did not show consciousness ended up in prisons. Such unconscious gained several tens of thousands of individuals. All the rest turned out to be comprehensible and disciplined "comrades." 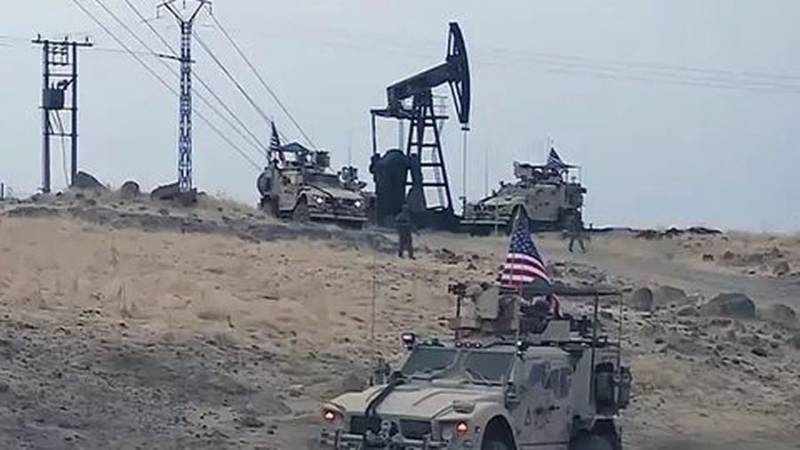 It should be added that recently a convoy of US military evacuated from Syria to Iraq, again got over from Iraq to Syria. They are, they say, sent to the door, and they climb into the windows. At the same time, the Ministry of Defense of Russia presented real evidence of American theft of Syrian oil.

By the way, Senator Franz Klintsevich (from the Smolensk region), a member of the Committee on Defense and Security of the Federation Council of Russia, has already commented on the statement of the State Department.

Obviously, oil production is completely controlled by the Americans, and the proceeds from its sale are used to finance terrorists controlled by US intelligence agencies.
- declared the senator.

I do not exclude that local communities are really involved in this somehow. But it is the Americans who completely control the oil in Syria. Thus, they facilitate the work of financing gangs in the country with the help of their special services. This is their tactic, they do it always and everywhere.
- he stressed.

According to him, the State Department simply uses convenient language to manipulate public opinion. And it is difficult to disagree with the senator, because in fact, the State Department’s statement looks outwardly correct, but in reality it is cynical mockery.
Ctrl Enter
Noticed oshЫbku Highlight text and press. Ctrl + Enter
We are
Russia provides evidence of US theft of Syrian oil
Kurds told when they would join Assad’s army
Reporterin Yandex News
Read Reporterin Google News
3 comments
Information
Dear reader, to leave comments on the publication, you must sign in.