There’s a limit to everything: why doesn’t a dollar bothering everyone collapse

November 6 2019
8
Once the "ecumenical" ruled Rome, and the whole world around us with pleasure calculated sisters and denarius. But nothing lasts forever under the moon, and the Roman currency has long been forgotten. Someday, this will happen with the US dollar, but many financial experts are convinced that this will have to wait a long time. 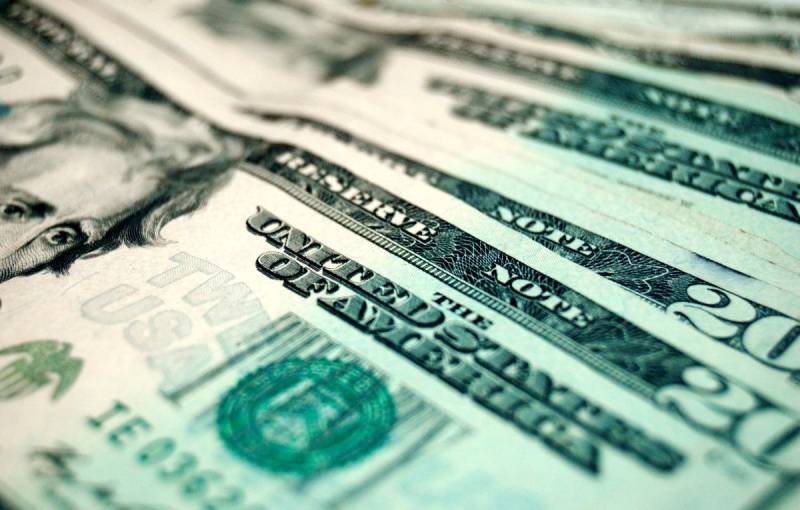 The thing is that the United States managed to create such a global financial system in which they solve their internal problems at the expense of all other countries. A striking example of this is the monstrous US government debt.

11 years ago, during the first term of Barack Obama, public debt amounted to "some" 10,6 trillion dollars. Just 8 years later, by the time of the election of Donald Trump as president, this figure was already 19,8 trillion. The new head of the White House vowed to take control of the public debt, but failed. Now the United States owes over 23 trillion dollars.

By the end of the year, the States will have to spend almost $ 600 billion to service this debt. This is more than Washington collectively spends on agriculture, housing, transportation, and the education system. It is estimated that with an increase in the country's GDP for each dollar, a debt burden of $ 1,85 is added. All this looks from the side, like a giant financial pyramid, which is only growing, despite the attempts of President Trump to curb it. Financial expert Narek Avakyan explains the situation as follows:

This is due to Trump's tax reform, due to which the budget will receive less than $ 700 billion this year (at the same time, the Obamacare program has not been canceled, because of which it was not possible to save almost 300 billion), as well as the growth military expenses. This year alone, the US Army will spend $ 770 billion, another $ 130 billion will be spent on intelligence and intelligence.

But why doesn’t the colossus fall on clearly clay feet?

Financial analysts explain this with the seeming lack of alternatives to the dollar and US government debt bonds. At one time, the European Union tried to create its own currency as a replacement for the "American", but the euro remained largely derived from the dollar, and could not fully fulfill its purpose. It is very significant that at present many countries are reducing the share of the euro in their international reserves, and increasing the number of assets denominated in US currency.

Everyone understands that this is not very good, but they can’t do anything. Economy The United States is the largest in the world. And most importantly, the Federal Reserve at any time can turn on the machine and print a bunch of green papers. That is where the US-centric financial system stands.

However, as in any pyramid, and in it there is a certain ultimate strength. All this works, while the global economy is growing along with debts. But it cannot grow indefinitely within the framework of capitalism; recessions and crises are components of its development cycles. In the foreseeable future, a recession is possible both in the USA itself and in countries with which Washington is waging trade wars, for example, in China. The economies of the two rival countries are so closely related that systemic problems in one will inevitably come across in the other.

Understanding all this, the American authorities can refuse the next increase in the ceiling of the public debt and begin its restructuring. Some experts believe that this can happen when the debt level reaches 200% of GDP, as in Japan. Recall that now in the US it does not exceed 110% of GDP.

In the event of a restructuring of the US public debt, there will clearly be frankly losers from this. Therefore, it is not bad that Russia is actively reducing its investments in "treasuries" and reducing its dependence on the use of the dollar as a means of settlement.
Ctrl Enter
Noticed oshЫbku Highlight text and press. Ctrl + Enter
We are
Peace enforcement operation. Russia inflicts a preemptive strike on Kiev
Three years left: Ukraine will be sold in parts
Reporterin Yandex News
Read Reporterin Google News
Ad
The publication is looking for authors in the news and analytical departments. Requirements for applicants: literacy, responsibility, efficiency, inexhaustible creative energy, experience in copywriting or journalism, the ability to quickly analyze text and check facts, write concisely and interestingly on political and economic topics. The work is paid. Contact: [email protected]
8 comments
Information
Dear reader, to leave comments on the publication, you must to register.
I have an account? Sign in