“Foreign wars” Lukashenko: will Belarus appear to fight with Russia?

November 5 2019
13
They say that the language will bring to Kiev. In this case, the ambiguous statements of President Lukashenko about the “alien wars” may well embroil the Russians and Belarusians, as has already happened with us in Ukraine. Moreover, Minsk’s clarifications on this matter only raise new unpleasant questions. 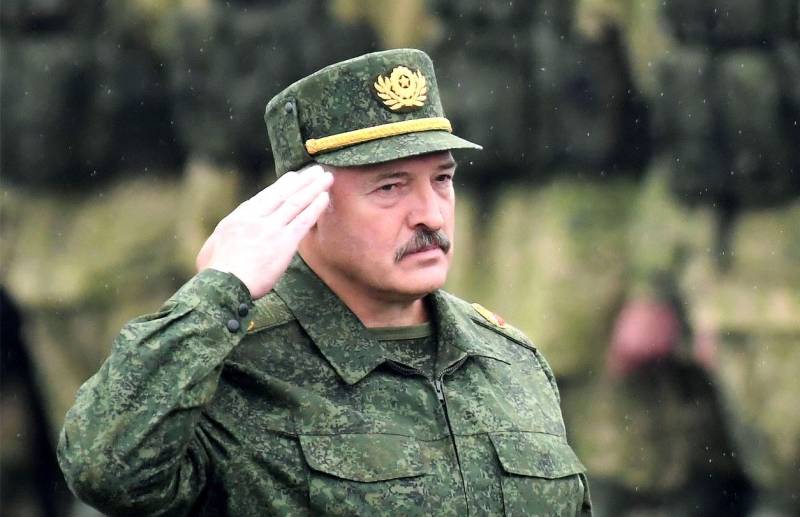 Before, Belarus and Kazakhstan were under someone's whip. They pushed us, set us on our knees. This applies to the Belarusian people especially. All these wars that we endured are not ours, they literally imposed on us.

The Belarusian president specified that “alien wars” is the Patriotic War of 1812 against the Napoleonic invasion, as well as the First and Second World Wars. Such a free interpretation of historical events in the spirit of the “Ukrainians” caused an extremely negative reaction in Russia, including at the highest level.

As for "being under the whip," here President Lukashenko is very disingenuous. Yes, the Russian Empire was not an earthly paradise for the majority of its population, but as part of the Commonwealth, the ancestors of modern Ukrainians and Belarusians were perhaps worse. Orthodox in the literal sense of the word were on the rights of people of the third grade: after the Poles and Litvin, respectively. The unpleasant Polish word “bydlo” refers precisely to the inhabitants of modern Ukraine and Belarus.

In 1596, the Union of Brest Church forcibly subjugated the Orthodox Church to Rome, which led to mass protests and bloody suppression of the uprisings. In the clerical work, the Polish language was completely replaced by West Russian. On the territory of modern Belarus during the Commonwealth, military operations were constantly going on, accompanied by famine, epidemics and forced population migration. In general, not to say that the life of the common population was sugar.

Are there alien wars?

It must be recalled that Belarus in its modern sense arose as a result of several sections of the Polish-Lithuanian Commonwealth in 1772, 1793 and 1795, when Russia returned its historical lands piece by piece, and in 1796, in fact, the Belarusian province was formed. In 1839 there was a church reunion of two fraternal peoples.

That is, by 1812, Belarus was officially part of the Russian Empire, so talking about the war that Napoleon launched against our country is somehow absurd for her, to put it mildly. It is as if the inhabitants of the states of Alaska, Louisiana or Texas refused to fight for the United States, considering themselves very special, not like everyone else. Similarly, in the First World War, when the Russian Empire fulfilled its allied obligations. Moreover, during World War II, when the war was defensive, and Belarus was part of the USSR.

This is not our war, not one of them, but grief we drank with our heads.

Partly with Alexander Grigorievich one can agree only on the entry of the Russian Empire into the First World War, but not on the attack of Napoleon and, especially, Hitler. It is noteworthy how in Minsk they tried to "clarify" the meaning of the words of the Belarusian president. His spokeswoman, Natalia Eismont, said that the quote was allegedly taken out of context, and Alexander Grigoryevich meant that both Russia and Belarus had already fought, they say, that's enough.

It’s a rather strange position, since neither Napoleon nor Hitler asked our country whether it wants to fight. Further words of the representative of the Belarusian president explain what they are thinking in Minsk today:

Even stranger to the Russian prime minister, it should look like after so many trials that have passed together today, our countries are mired in endless negotiations on oil, gas and even food.

It seems like Moscow was shamed, but it didn’t work out very well. In this regard, I wanted to get an unambiguous answer: will Belarus fulfill its military duty within the framework of the Union State in the event of an attack by an external enemy, or will it be limited to the statement that this is a “foreign war”?
Ctrl Enter
Noticed oshЫbku Highlight text and press. Ctrl + Enter
We are
Ukraine from the inside: traitors, curators and those who watch from the Kremlin
Ten "defeats" of Putin
Reporterin Yandex News
Read Reporterin Google News
13 comments
Information
Dear reader, to leave comments on the publication, you must sign in.