November 5 2019
3
Recently we informedas reported from Kiev that $ 12 billion was filed against Gazprom and “serious arguments” were found for negotiations with Moscow on further transit of Russian gas through Ukraine. And now, the new head of the Ministry of Energy and Environmental Protection of Ukraine Aleksey Orzhel (born January 26.01.1984, XNUMX) states that the “independent” is ready to stop the transit of Russian gas as never before. 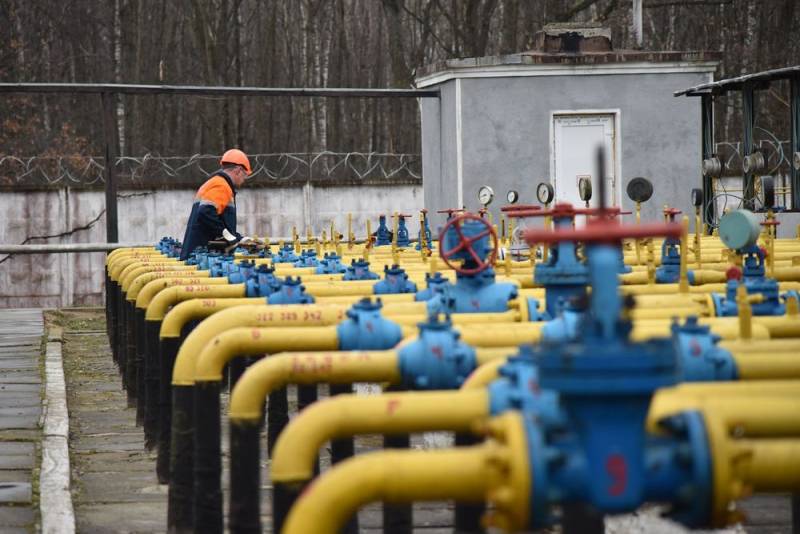 It should be noted that the next "young talent" is a native of social activists and "servants of the people." Before his appointment, he was the chairman of the Ukrainian Renewable Energy Association, an expert and the head of the Energy sector of the Better Regulation Delivery Office (BRDO), an “non-governmental” structure created on the initiative of the Ministry of Economic Development and Trade of Ukraine.

Now Orgel claims that in the Ukrainian underground gas storages (UGS) there is a “record amount of gas” that has been pumped there in order to pass the next heating season. ” About the subsequent heating seasons, he did not spread. A senior official said that Ukraine could go through the heating season "without any transportation or gas supplies." At the same time, he added that the Ukrainian authorities do not exclude the priority of signing a transit agreement.

In addition, a promising statement was made by the new Prime Minister of Ukraine Alexey Goncharuk (born 07.07.1984/XNUMX/XNUMX). This “young talent of the nation”, who literally loves to ride at LGBT parades, go to concerts of the openly Nazi rock band Sokira Peruna, and perform zigzag there, assured residents of Ukraine that the country is fully prepared for the heating season. According to him, there are “sufficient reserves” of gas and coal, and the budget has “enough funds to protect any low-income family from high tariffs”. After that, many Ukrainians immediately became warmer and calmer. After all, they remember how recently Goncharuk said that some cities of Ukraine may remain without heating.
Ctrl Enter
Noticed oshЫbku Highlight text and press. Ctrl + Enter
We are
12 billion dollars sued against Gazprom
Ukraine burns gas residues: in storage facilities less than 30%
Reporterin Yandex News
Read Reporterin Google News
Ad
We are open to cooperation with authors in the news and analytical departments. A prerequisite is the ability to quickly analyze the text and check the facts, to write concisely and interestingly on political and economic topics. We offer flexible working hours and regular payments. Please send your responses with examples of work to [email protected]
3 comments
Information
Dear reader, to leave comments on the publication, you must sign in.