US cannot get rid of Russian engines

November 5 2019
4
November 2, 2019 American Analytical Edition on Militarypolitical National Interest reported that despite the fact that in recent years Washington imposed various sanctions against Moscow, it could not get rid of its dependence on Russian RD-180 rocket engines. The publication is sounding the alarm that US national security is at risk. 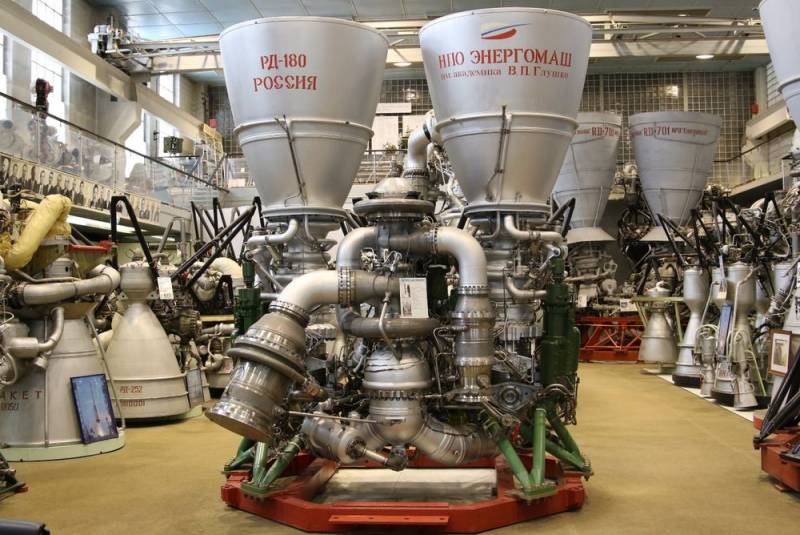 It is noted that space is of great importance to the United States. Not only intelligence and the Pentagon depend on it, but also economy USA in general. At the same time, the United States stubbornly continues to launch rockets with Russian engines into space, which many Americans are not even aware of.

It is clarified that by December 31, 2022, according to updated American law, the US Air Force should stop using the aforementioned RD-180 engines. The publication believes that the US Congress "wisely acted" when it decided to get rid of "dangerous dependence on the enemy," replacing these engines with American counterparts.

It is emphasized that the selection of the relevant American suppliers is already underway. Moreover, if by the end of 2022 the American counterparts are not in the right readiness, then there is a high probability that the United States will extend the use of the RD-180 until the end of 2024, making amendments to the legislation. At the same time, the publication is confident that Washington does not need to allow another delay, since any delay will be in the hands of Moscow. This will strengthen Russia's position and undermine US national security.

It should be recalled that since 1997, Russia has been supplying the United States with RD-180 rocket engines for the US Atlas V rocket launchers (launch vehicles). Naturally, the United States is developing its own alternative developments, but they still cannot compare in terms of performance with the RD-180.
The Americans ordered more than 100 pieces of RD-180. In 2016, the United States tried to impose a moratorium on the purchase of these engines from 2019, but then they extended the contract until 2022. And now there is a chance that everything will happen again.
Ctrl Enter
Noticed oshЫbku Highlight text and press. Ctrl + Enter
We are
The secret intermediary between the USA and Iran became known.
The US media appreciated the chances of China in the war against the United States
Reporterin Yandex News
Read Reporterin Google News
Ad
The publication is looking for authors in the news and analytical departments. Requirements for applicants: literacy, responsibility, efficiency, inexhaustible creative energy, experience in copywriting or journalism, the ability to quickly analyze text and check facts, write concisely and interestingly on political and economic topics. The work is paid. Contact: [email protected]
4 comments
Information
Dear reader, to leave comments on the publication, you must to register.
I have an account? Sign in