Having received his in Syria, Erdogan is preparing to “throw” Russia

November 5 2019
14
The next redistribution of northern Syria was hardly completed when Turkey had to stop the United States itself with threats from economic sanctions up to military action, as Ankara again extended a hand of friendship to Washington. Does this mean Moscow's new "scimitar in the back"? 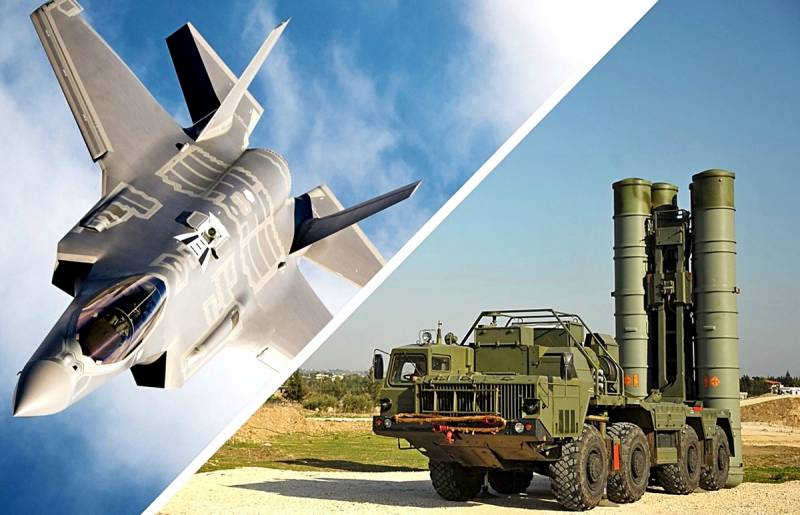 Recall that the cat ran between the two strongest powers that are members of NATO when President Erdogan expressed a desire to acquire Russian S-400 instead of American air defense systems. Donald Trump in response expelled Turkish partners from the fifth-generation F-35 fighter program. Relations between the countries completely deteriorated after the start of the Turkish military operation called "Source of Peace", directed against the Syrian Kurds, which were considered US allies in the region.

They added fuel to the fire obscene vocabulary used by President Trump in an official appeal to his Turkish counterpart, announced sanctions against the country's leadership, and also, what is most painful for Ankara, is Washington's recognition of the Armenian genocide by the Turks. It was fitting to talk about a split in NATO, or even about a possible withdrawal of Turkey from the bloc.

However, the East is a delicate matter. Having desired in Syria, Ankara took a small step towards the United States. The representative of the Turkish military-industrial complex, Ismail Demir, made a remarkable statement, from which it follows that Turkey does not consider the topic of participation in the project of the American F-35 closed to itself. At the same time, a senior official transparently hinted that Ankara has an option with a Russian fighter:

We have a proposal from the (Russian) side, and we are evaluating this proposal. It must be evaluated with financial, technical and strategic points of view.

As they say, bazaar trade in all its glory. Turks competently "breed" the United States and Russia to provide the best conditions for participating in the development of the fifth generation fighter. Ankara is extremely interested in such an aircraft, even trying to implement a similar project on its own, but is experiencing problems with a lack of competence and experience.

Turkey’s exclusion from the F-35 program was a painful blow for her. Proposed by the Russian president, the Su-57 may serve as a replacement for American fighters, but Erdogan needs the technology itself. Now the Turkish president, well aware of the importance of his country for both NATO partners and Moscow with its gas transit to Europe, invites competitors to compete with each other.

The Kremlin is likewise bred along the S-400. Recall that the first stage of supply was successfully completed. Anti-aircraft systems were sold for a Russian loan and were quickly deployed to Turkey by Ruslan aircraft. But now Ankara was thinking about deferring supplies for the second batch:

Joint production can slightly change the planned calendar, shifting it a little further in terms, possibly by the end of 2020.

It is about partial localization of the production of air defense systems in Turkey. Let's face it, the complete transfer of such technologies to a NATO member does not meet Russia's national interests. But Moscow’s dependence on the Turkish Stream is so great that the trade master, President Erdogan, will hardly miss the opportunity to beat out better conditions for himself.

In the meantime, the Turkish leader is carefully building bridges with Washington, waiting for who will win the presidential election in the United States next year.
Ctrl Enter
Noticed oshЫbku Highlight text and press. Ctrl + Enter
We are
Ten "defeats" of Putin
S-400 mercilessly "shot down" the American F-35 in Turkey
Reporterin Yandex News
Read Reporterin Google News
14 comments
Information
Dear reader, to leave comments on the publication, you must sign in.