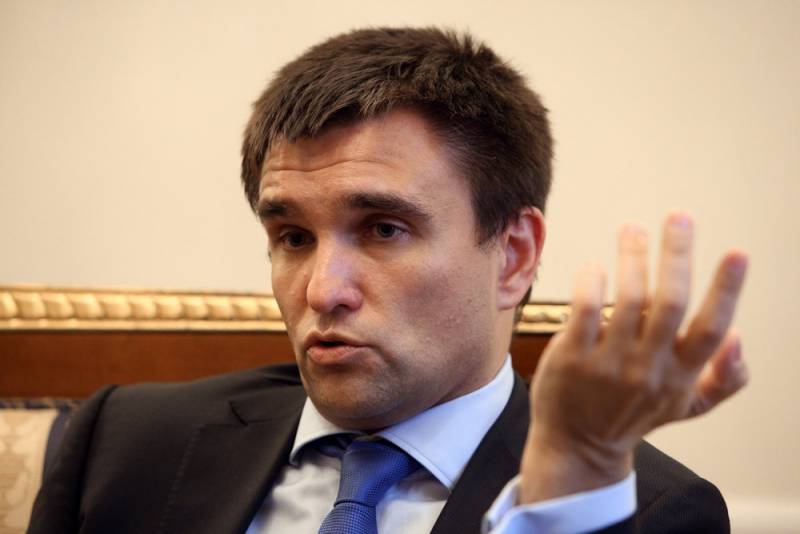 Klimkin’s Facebook comment on The Washington Post saying that US President Donald Trump allegedly has an indomitable hatred of Ukraine from the first days of his presidency has become the subject of ridicule from users.

In his commentary, the former head of the diplomatic department proposed "to spite everyone who does not believe in Ukraine," to build a "Power", which, in his opinion, will allow Ukrainians to continue disparagingly about other countries.

Igor Sokolov recalled that Klimkin had been building a power in Ukraine for almost five years:

That’s what Paul did very well to “wake up the state”. The whole world shies.

A couple more of these Klimkins and Ukraine will cease to exist.

Surprisingly primitive statements made by a diplomat of this rank.

There were commentators who expressed surprise at Klimkin’s statement.

Has it only dawned on you that Ukraine can only rely on itself? And what does one not need to look into the mouth of Washington, Brussels and Moscow? Growing up.
Ctrl Enter
Noticed oshЫbku Highlight text and press. Ctrl + Enter
We are
Media: Trump has an uncontrollable hatred of Ukraine
Zelensky and Groisman managed to send Klimkin on "political leave"
Reporterin Yandex News
Read Reporterin Google News
Ad
The publication is looking for authors in the news and analytical departments. Requirements for applicants: literacy, responsibility, efficiency, inexhaustible creative energy, experience in copywriting or journalism, the ability to quickly analyze text and check facts, write concisely and interestingly on political and economic topics. The work is paid. Contact: [email protected]
6 comments
Information
Dear reader, to leave comments on the publication, you must to register.
I have an account? Sign in