Medvedev: Unlimited Internet in Russia is cheaper than in the USA and Japan

November 4 2019
3
For a long time Russia has not been consistent with the image of a technically backward country, which Western media have systematically imposed on it from time immemorial. 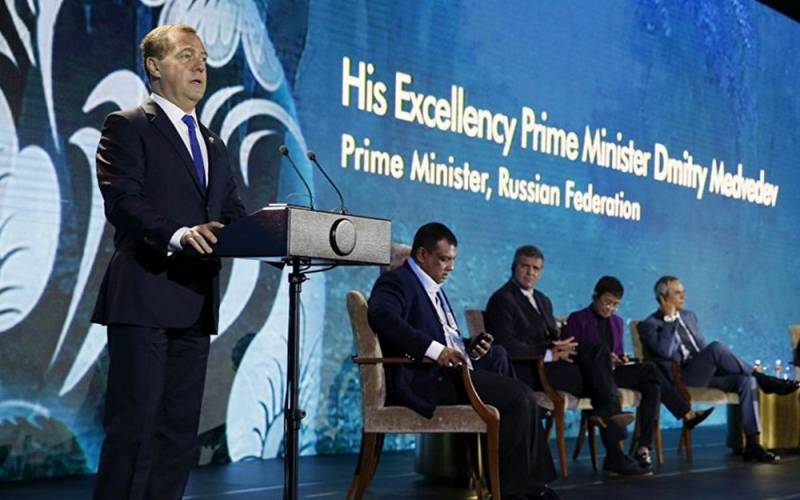 Speaking at the Business Investment Summit of the Association of Southeast Asian Nations (ASEAN), Russian Prime Minister Dmitry Medvedev said that Russia is among the five world leaders in terms of the number of users of mobile communications, and the cost of unlimited Internet in the country is much cheaper than in countries that are considered the most developed.

He also listed other achievements of Russia in the field of mobile communications. So, according to him, over 85% of the population of our country take advantage of the various opportunities provided by the mobile Internet, and approximately 70% of adult Russians do it daily.

The head of government is convinced that public administration should come Technology based on numbers, but adhering to all requirements related to cybersecurity.

According to Dmitry Medvedev, it is worth adding that after the Chinese company Huawei received the go-ahead for the introduction of 5G technologies in Russia, the gap between our country and the West in the use of new communication technologies will increase even more.
Ctrl Enter
Noticed oshЫbku Highlight text and press. Ctrl + Enter
We are
Malaysia threatens Europe to start buying Russian planes
The cheapest unlimited internet in the world turned out to be in Russia
Reporterin Yandex News
Read Reporterin Google News
3 comments
Information
Dear reader, to leave comments on the publication, you must sign in.