November 4 2019
7
The United States withdrew its troops from Syria, providing “patrols of the borders to others,” but left about a thousand soldiers with dozens of Abrams tanks to control the oil fields of the ATS. What does President Donald Trump achieve with such a gambit? 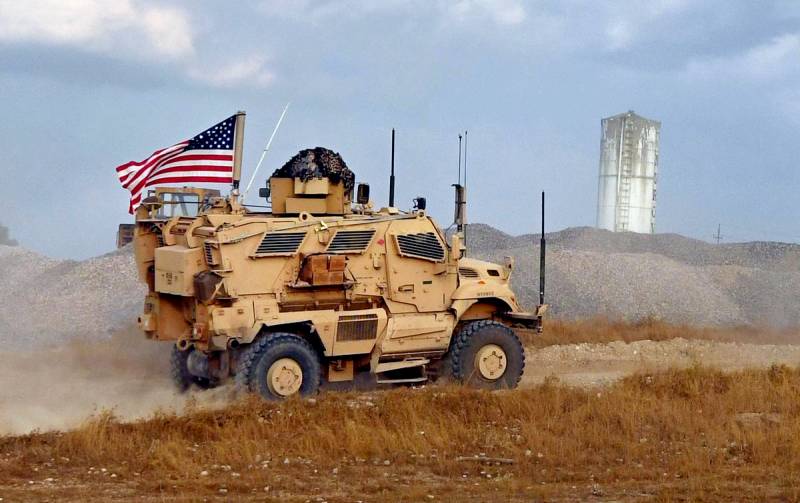 Objectively, official Damascus was able to achieve great success with the active assistance of Moscow and Tehran. Important territories are occupied in the north of the country, key cities like Manbij. Syrians partially regained access to the Turkish border. Ankara, in turn, occupied a significant part of the adjacent border of the SAR in order to create a buffer zone and resettle refugees there.

From a military point of view, things are relatively good for the Syrians and their allies, and the departure of the Americans is perceived as their defeat. The fact that President Bashar al-Assad has managed to withstand so many years of intervention and pressure from powerful external forces is an undoubted political success. However with the economy ATS has obvious problems, and this is something that the winners who will divide the land of Syria will have to face.

Many years of war drained this country, which used to stand firmly on developed agriculture and oil. Destroyed industrial enterprises, more than half of the population of Syria are unemployed. Millions of Syrians were forced to flee to other countries. Below the poverty line, over 80% of ATS citizens. Hyperinflation is raging, which remains one of the highest in the world. Sanctions imposed on official Damascus added negativity.

All this, to one degree or another, will have to face Russia, Iran and Turkey. At the same time, the behavior of the USA, which quickly “packed their bags” and set off, attracts attention. Deal further yourself, so you can characterize the message of Donald trump. More importantly, the American president fundamentally retained control of Syrian oil:

We left [in Syria] a soldier, because we retain [oil]. I like oil. We reserve [oil].

In other words, Damascus and its allies are cut off from the use of domestic resources, which are necessary for the restoration of the country. At the same time, US security forces received a source of petrodollars that are not taxed. The raw materials are exported by fuel trucks to neighboring Iraq, where it is legalized under the guise of a local one, and then either exported or processed at artisanal refineries and returned to the ATS. All the multimillion-dollar profits from this frankly criminal scheme fall into the hands of the US military, some of which may be spent on supporting Kurdish armed groups.

What to do Damascus and Moscow? Gather troops and go to recapture the oil fields? Last February, the Wagnerites tried to do this. Data on losses among Russians as a result of the operation is very different, but the fact remains: the US Air Force bombed those who tried to take control of Syrian oil. There is no doubt that history can repeat itself again. Then what, the Russian Aerospace Forces to begin the hunt for American fuel trucks? It is very likely that our planes will begin to shoot down, which means the possibility of a direct collision with the United States at a remote theater of operations, which is extremely undesirable.

More rational would be the pressure on American interventionists. The local population should be opposed to any cooperation with the occupiers. On the part of Syria and Iraq, “impolite people” will be able to create a lot of trouble for the convoys of fuel trucks. American citizens should be constantly informed of the losses among their military personnel in the implementation of an openly predatory scheme that they can use political opponents of trump.

Sooner or later, the price of the issue will become too high for the White House, and the oil fields will be transferred to the control of the Kurds. And then it's up to Damascus.
Ctrl Enter
Noticed oshЫbku Highlight text and press. Ctrl + Enter
We are
Wars on distant approaches: Russia has already begun to act
Ten "defeats" of Putin
Reporterin Yandex News
Read Reporterin Google News
7 comments
Information
Dear reader, to leave comments on the publication, you must sign in.