How the US and Europe divide the Ukrainian GTS

November 4 2019
15
Gazprom’s receipt of permission from Denmark to lay Nord Stream-2 can be considered a breakthrough in the undeclared gas war between Russia and Ukraine. President Putin extended a hand of friendship to Kiev, proposing to settle mutual judicial claims and sign an agreement on the supply of gas Independent with big discounts. In response, the partners in the negotiation process filed another lawsuit worth more than $ 12 billion. What does the Ukrainian side tend to? 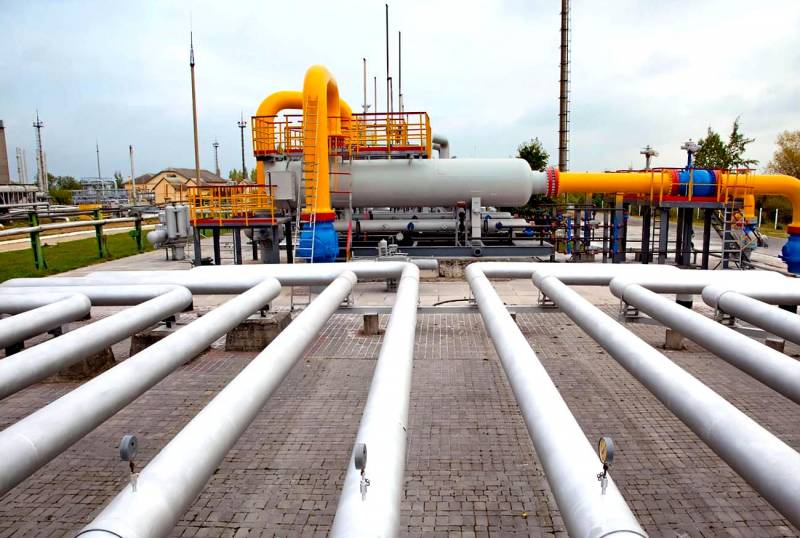 Less than two months are left until the transit agreement expires. New Year's holidays can begin with a symbolic shutoff of the valve on the pipe supplying gas to Europe, from where it returns to Ukraine itself by "reverse". Both the Independent and the European Union countries are intensively preparing for the cessation of gas supplies, filling up underground storage facilities. At the same time, a gradual selection of gas began in the EU, that is, the de facto heating season has already started.

Unfortunately for Gazprom, he doesn’t get completely out of dependence on the Ukrainian gas transportation system. Bypass pipelines are not yet ready, and Germany, Russia's partner in Nord Stream 2, insists on keeping Kiev as an intermediary. In the end, Moscow was forced to agree to this subject economic the validity of this route. The optimum is the volume of gas pumped through Ukraine at a level of 10-15 billion cubic meters per year.

The leadership of the gas monopolist is ready to work according to European rules, but for him the issue of multibillion-dollar fines awarded to Naftogaz is of fundamental importance. Serious amounts even for a company with state participation, the penalty drips every day. President Vladimir Putin at the highest level suggested that Kiev cancel mutual financial claims in order to sign a transit contract.

However, the answer was discouraging - a new $ 12 billion lawsuit with a tail. Why is Kiev behaving so recklessly on the eve of winter, risking the welfare of its own economy and population?

Probably, the answer lies in the European model of gas supplies, to which Ukraine is deliberately led. Apparently, it didn’t work out with a long-term 10-year contract, so the EU rules are presented to ordinary Ukrainians almost as “heavenly manna”. But the devil is always in the details.

The norms of the Third Energy Package require separation (un-banding) of Naftogaz. According to these rules, gas transit is transferred to the “Gas Pipelines of Ukraine” (MSU) company. For its part, Naftogaz is against complete separation, agreeing only to transfer control functions to an external operator. Because of this, there is a serious conflict between external players in Kiev, explains Ukrainian financial expert Oleksandr Kushch:

The Cabinet of Ministers offers a different option - the division of property and “full” unbundling. The Europeans support the same model, but the American lobby is against it, and first of all, “the chicks of the Soros nest.” It is important for them to seize control of both the gas transmission system and gas production, but it is important to buy these assets “cheaply”.

It turns out that while the population of Ukraine is rooting for Naftogaz in its fight against Gazprom, their own national assets are cheaply tricked by the Americans and Europeans. The EU is interested in control over the GTS, and the United States - all at once.
Ctrl Enter
Noticed oshЫbku Highlight text and press. Ctrl + Enter
We are
Permission of Nord Stream-2 called the defeat of Russia and the victory of the West
Peace enforcement operation. Russia inflicts a preemptive strike on Kiev
Reporterin Yandex News
Read Reporterin Google News
15 comments
Information
Dear reader, to leave comments on the publication, you must sign in.