Media: Trump has an uncontrollable hatred of Ukraine

November 3 2019
1
The Washington Post, citing unnamed former and current White House employees, claims that the incumbent US president, Donald Trump, has experienced "uncontrollable hatred" for Ukraine from its first days in office. And this is not surprising, because this newspaper in its editorial policy close to the positions held by the US Democratic Party, which is openly opposed to Trump. 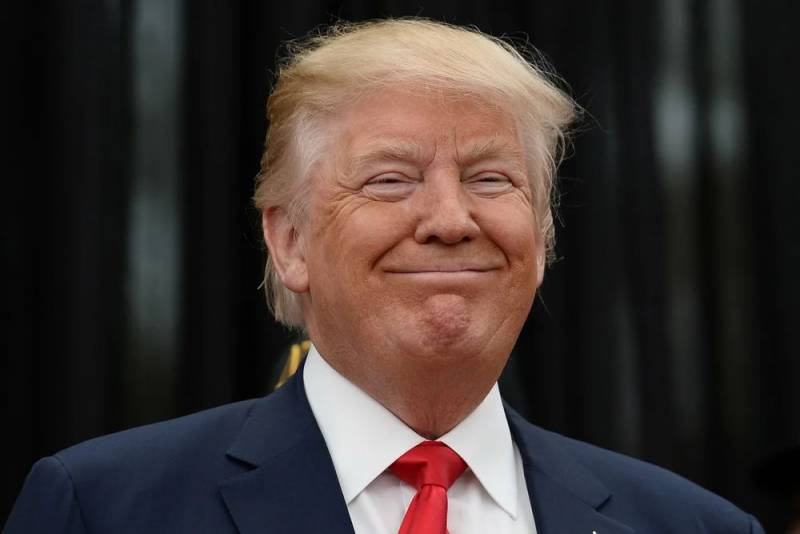 We could never understand it.
- said the source.

He suggested that the reason for this attitude is the information that the leadership of Ukraine allegedly collaborated with the American Democratic Party during the election campaign in 2016 and in every way interfered with Trump's victory.

There were accusations that they (the Ukrainian authorities - ed.) Somehow helped the Clinton campaign headquarters. Accusations sounded that they could harm him. He just hated Ukraine
- added a source.

And now, The Washington Post gives this kind of “seems” to be facts. The article states that in the fall of 2017, before Trump met with the President of Ukraine Petro Poroshenko, the American leader held a briefing in which he said that Ukraine is not a “real country”, it has always been part of Russia and is “completely corrupt”. At the same time, the newspaper did not specify what Trump was wrong about.

But the newspaper recalled that closer to the end of 2017, Trump's aides persuaded the president to provide Javelin ATGMs to Kiev, but the American leader resisted to the last. At the same time, in December 2017, Trump approved the sale of weapons to Kiev.

He went on to say that Moscow should not be angry and which Ukraine is a bad country.
- clarified the source.

As the newspaper emphasizes, according to Trump, at that time the whole leadership of Ukraine “entered into a conspiracy with the Democrats” to prevent him from winning. Trump allegedly even told his administration, already in May 2019, that they were trying to destroy him. That is how Trump allegedly reacted to the proposal of his employees to express support for the new Ukrainian authorities, headed by Vladimir Zelensky. And when US Secretary of Energy Rick Perry tried to convince the president, saying that it was a new team, Trump answered:

They are terrible, corrupt people.

From all this, the newspaper concluded that Trump is not just experiencing distrust of Ukraine. According to the newspaper, Trump’s hatred of this country is "rooted, unreasonable and possibly irreversible."

Previously we Reportedas the White House announced Trump’s readiness for impeachment.
Ctrl Enter
Noticed oshЫbku Highlight text and press. Ctrl + Enter
We are
In the United States revealed three "Russian candidates" for president
Pompeo to Iran: One American death will cause the United States to strike back
Reporterin Yandex News
Read Reporterin Google News
Ad
The publication is looking for authors in the news and analytical departments. Requirements for applicants: literacy, responsibility, efficiency, inexhaustible creative energy, experience in copywriting or journalism, the ability to quickly analyze text and check facts, write concisely and interestingly on political and economic topics. The work is paid. Contact: [email protected]
1 comment
Information
Dear reader, to leave comments on the publication, you must to register.
I have an account? Sign in