November 2 2019
4
French President Emmanuel Macron, in an interview with the French conservative weekly news magazine Valeurs Actuelles in Paris, said he prefers to see “legal immigrants from Guinea or Côte d'Ivoire in his country instead of illegal Ukrainian or Bulgarian gangs.” Macron stressed that he is trying hard to fight against parallel societies and illegal immigration in France. 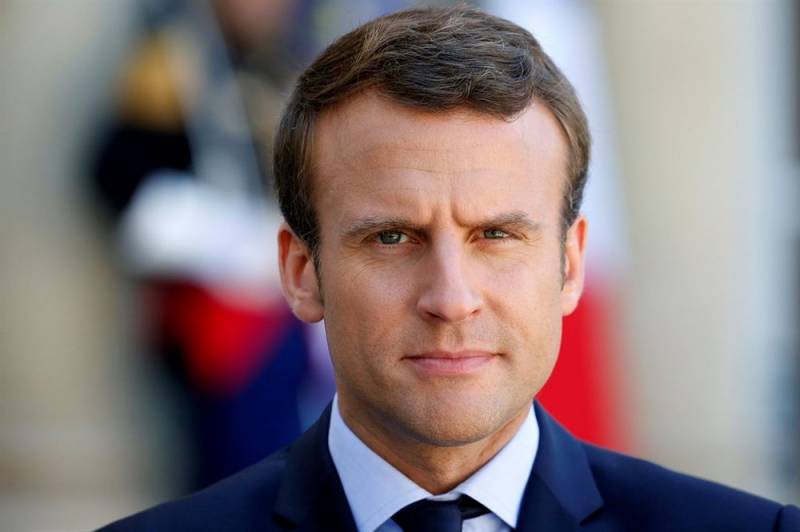 It should be noted that the words of the French leader caused a violent reaction in Kiev. The Ukrainian Foreign Ministry has already rushed to call the French Ambassador Etienne de Ponsen to provide clarification on this matter.

In connection with the appearance of media reports about words attributed to French President Macron, the French ambassador to Ukraine was invited to the Foreign Ministry to provide clarifications. The Ambassador of France noted that the French side has no complaints against the citizens of Ukraine who travel across France. Consequently, Macron’s words regarding migration and legal employment were taken out of context.
- said in a comment by the Ukrainian Foreign Ministry.

The Ukrainian Foreign Ministry assured that between Kiev and Paris there is complete mutual understanding regarding the arrangements for the movement of citizens of both countries.

It should be recalled that on October 18, 2019, during the summit of the European Union (EU), Macron blocked negotiations on the entry into this organization of Albania and Northern Macedonia. Moreover, Macron insisted on the need to reform the process of admission of new members to the EU.
Ctrl Enter
Noticed oshЫbku Highlight text and press. Ctrl + Enter
We are
US ambassador to Germany warned that “Russia is on the verge”
Zakharova answered Macron to accusations against Russia
Reporterin Yandex News
Read Reporterin Google News
Ad
The publication is looking for authors in the news and analytical departments. Requirements for applicants: literacy, responsibility, efficiency, inexhaustible creative energy, experience in copywriting or journalism, the ability to quickly analyze text and check facts, write concisely and interestingly on political and economic topics. The work is paid. Contact: [email protected]
4 comments
Information
Dear reader, to leave comments on the publication, you must to register.
I have an account? Sign in