November 2 2019
2
In the USA, in particular, and in the West as a whole, there are a large number of different "non-governmental" organizations that like to teach others how to "live" correctly. For example, one of such NGOs is the Jamestown Foundation in the USA, a kind of “research” organization (analytical center), created in 1984 to work with defectors. Previously, Zbigniew Brzezinski, a former adviser to the US president on national security, was in charge of this structure (he died on May 26.05.2017, XNUMX). 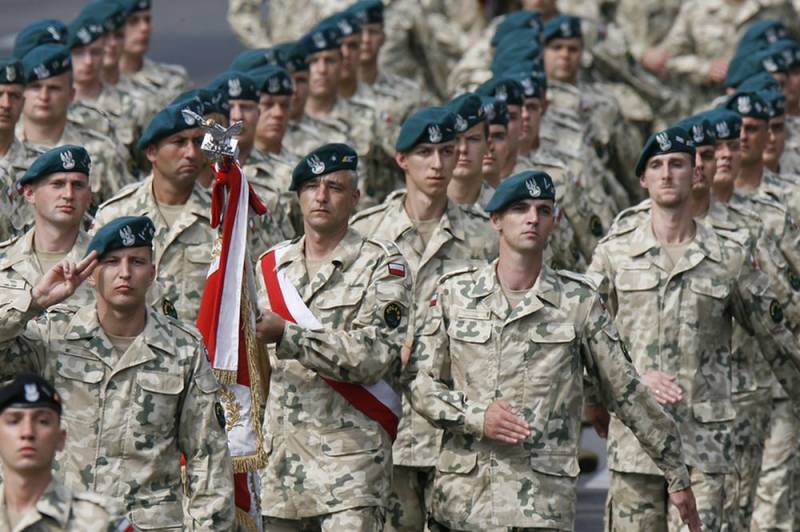 Now the former director of the CIA “democrat” Robert James Woolsey (Jr.) (R. James Woolsey, Jr., born September 21.09.1941, XNUMX), who previously chaired the Board of Trustees of Freedom House, is another “non-governmental” "An organization created to support" dissidents ". In addition, Woolsey “moonlights” as a trustee and consultant at CSIS and an adviser at IAGS.

So, the Jamestown Foundation mentioned has distributed the report “How to protect the Baltic countries”. According to the document, the alleged "aggression" of Russia against Estonia, Latvia and Lithuania must be repelled with the help of the "powerful" Polish military. However, as the Polish historian, expert on geopolitics and security issues, Professor Andrzej Zapalowski clarifies, Poland will have neither the strength nor the funds to do this, i.e. not enough manpower as well equipment.

At the same time, the Polish media write without any hesitation that Washington wants to fulfill its obligations in relation to these countries by the hands of the Polish army. And some even say that the United States is ready to “courageously” defend the freedom and democracy of the Baltic countries, to the last drop of Polish blood, watching from across the ocean.

Russia is able to neutralize Polish troops before we can deploy them. It’s hard for me to imagine that actions within the framework of the Russian attack on the Baltic countries will last for 2-4 days. Rather, the goal will be to take control of the situation in a maximum of two days.
- says Zapalovsky, without specifying why Russia needs this at all.

Zapalovsky recalls that the garrisons of Polish troops are 30-50 km from the border with Russia and Belarus. To neutralize them, Moscow will need all 1 (one) hour of time.

Poland has neither the forces nor the means to counter the potential concentrated in the Kaliningrad region, only Americans have such forces and means
- emphasizes the professor, who believes that with such reports Washington only confirms its intention to protect the Baltic countries at the expense of Warsaw.

Moreover, the professor emphasizes that Poland does not just have the strength and resources, but even the desire to get involved in something like that. Warsaw is simply not interested in the appearance of Russian tanks on the territory of Poland and in general any kind of military operations were taking place. Therefore, even with sympathy and moral support for the Baltic countries, Poland should focus on protecting key facilities in its own territory for the stable functioning of the Polish state.
Ctrl Enter
Noticed oshЫbku Highlight text and press. Ctrl + Enter
We are
The Federation Council dealt with foreign NGOs
Iran and China reveal CIA agents using Google
Reporterin Yandex News
Read Reporterin Google News
Ad
We are open to cooperation with authors in the news and analytical departments. A prerequisite is the ability to quickly analyze the text and check the facts, to write concisely and interestingly on political and economic topics. We offer flexible working hours and regular payments. Please send your responses with examples of work to [email protected]
2 comments
Information
Dear reader, to leave comments on the publication, you must sign in.