Why is the ruble growing despite 5 years of sanctions?

November 2 2019
9
Despite five years of Western sanctions and the threat of "tearing to shreds" our the economy, we still hold on, and the Russian ruble even shows some growth against the dollar, which was noted even in distant Germany. What explains such an unexpected behavior of our national currency? 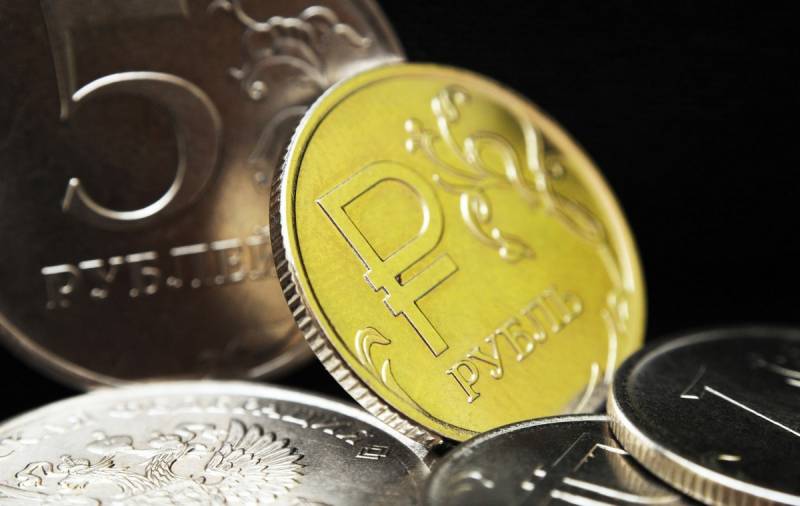 German journalist Gerhard Scharinger in an article for Focus writes the following:

The ruble was able to even appreciably strengthen against the euro and the dollar during the year and remains one of the strongest currencies among developing countries in 2019.

The author, as the reasons for such a rejoicing phenomenon for Russia, points to an unusual budget surplus for most Western countries and a noticeable decrease in the pressure of the foreign policy component on the ruble exchange rate. As the third reason for the growth of our national currency against the American and European, Gerhard Scharinger sees the decrease in interest rates in the United States and the European Union, which makes Russian government bonds extremely attractive in the eyes of international investors. Investments by non-residents in federal loan bonds naturally strengthen the ruble.

In general, Russian financial experts agree with the German journalist. For example, Vladimir Rozhankovsky confirms that the ruble grew by 5% against the dollar, while other currencies grew by only 2,5%. But as the most important reason for reducing pressure on the ruble, he sees a change political agendas within the US. Due to the beginning of the presidential campaign and the threat of impeachment to Donald Trump, the US senators and congressmen are now less concerned with Russia.

Financial expert Anton Bykov believes that the ruble is no longer "staggering" during storms in the oil market due to the so-called "budget rule". All revenues in excess of the price of a barrel of oil of $ 40 go to the NWF “bottle”, making the budget surplus and the economy more stable. Financier Vitaly Manzhos notes the fact that significant negative foreign policy news currently come less often.

The representative of the banking sector, Elena Chizhevskaya, points to the positive effects of the de-dollarization carried out in Russia, which reduce the risks of currency crises due to a possible aggravation of the Western sanctions policy. She also sees as factors contributing to the strengthening of the ruble, the positive news on the Nord Stream-2 project, the strengthening of economic ties within the BRICS and the Asia-Pacific countries, a successful deal with OPEC, which are still unusually attractive to foreigners due to the high OFZ rate .

However, the experts themselves recommend not to deceive themselves too much. Still, the ruble is highly dependent on the global financial system. For example, Christmas sales will soon begin in the United States. Western online retailers will offer big discounts, and buyers from around the world, including from Russia, will be interested in buying American currency.

In the long run, the Russian currency inevitably and greatly weakens against the dollar and the euro. This is not very noticeable only because of the denomination of the ruble in 1998.

If the “Russian theme” again becomes relevant against the backdrop of the US presidential election and the sanctions policy is activated again, the ruble will inevitably begin to lose ground.
Ctrl Enter
Noticed oshЫbku Highlight text and press. Ctrl + Enter
We are
Peace enforcement operation. Russia inflicts a preemptive strike on Kiev
“The dark August night came the one whom the Ukrainians were waiting with horror”
Reporterin Yandex News
Read Reporterin Google News
9 comments
Information
Dear reader, to leave comments on the publication, you must sign in.