Syrian Kurds opposed US control over the country's oil fields

November 1 2019
2
The desire of the US administration to maintain control over oil fields in Syria, came across resistance from the Syrian Kurds. 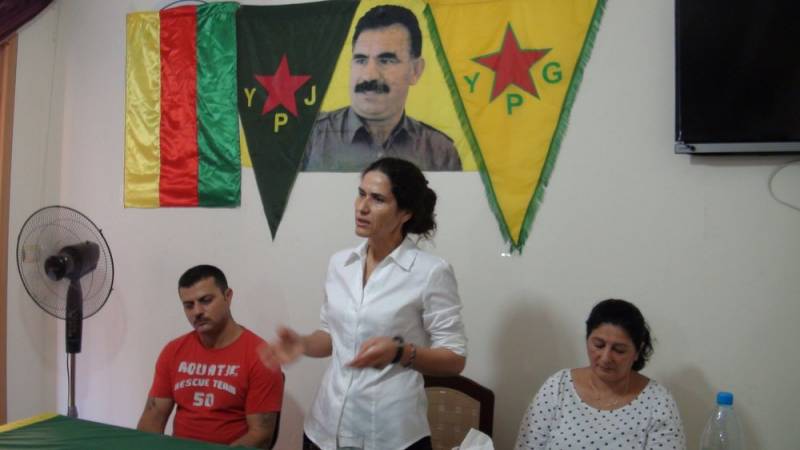 As stated in an interview RIA News" Chairman of the Syrian Democratic Council (SDC) Executive Committee of Syria, Ilham Ahmed, the Kurds do not want the United States to exercise control over the oil fields in the region.

Answering a correspondent’s question about whether there is any discussion of this issue with representatives of the American side, Ilham Ahmed noted that this does not go beyond discussions.

The US refusal to comply with the requirements of the Kurds indicates that all the conversations of American officials, and in particular Vice President Mike Pence, that the US contingent will "work closely with its Kurdish allies" are not worth a damn.

Russian Foreign Minister Sergei Lavrov said that Moscow considers the US intention to exploit oil fields in Syria illegal and will defend this position in all contacts with Washington on the Syrian issue.

Recall that in the northeastern region of Syria, bordering Turkey, the Kurdish units were withdrawn ahead of the 30-kilometer zone ahead of schedule and joint patrolling of the Russian military police and Turkish military personnel should begin.
Ctrl Enter
Noticed oshЫbku Highlight text and press. Ctrl + Enter
We are
The US said it would not allow Russia's control over Syria's oil fields
US State Department: Venezuelan Civil War Scenario Ready
Reporterin Yandex News
Read Reporterin Google News
2 comments
Information
Dear reader, to leave comments on the publication, you must sign in.