Key to the Atlantic: how Russian nuclear submarines can break through to the shores of the United States

November 1 2019
7
On the eve of the NATO camp, there was a big commotion. The Norwegian media, citing its special services, reported that for the first time since the end of the Cold War, Russian submarines conducted a large-scale operation to "break into the Atlantic." How should you relate to such information? 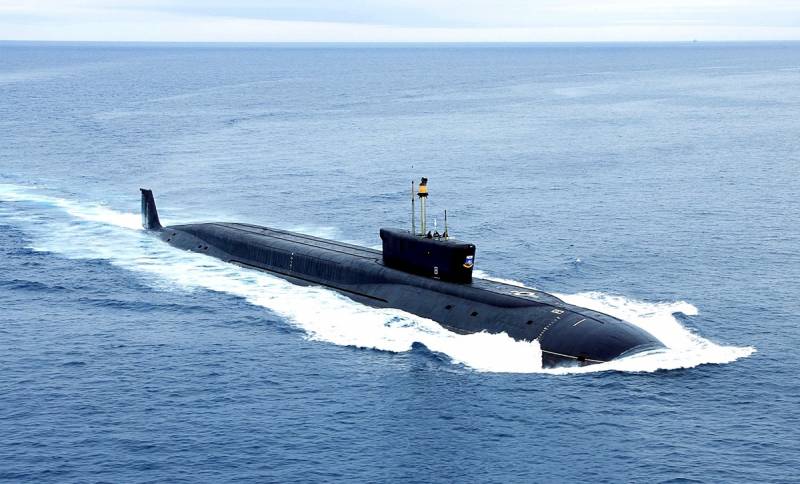 The plot of the case is as follows. Ten submarines of the Northern Fleet of the Russian Navy, nuclear and diesel-electric, are currently conducting exercises. The Nizhny Novgorod and Pskov nuclear submarines, for which the Barents Sea is small, decided to go down to the depths of the Norwegian Sea to test equipment and weapons. But then the RF Ministry of Defense, apparently, decided to expand the format of the exercises, which led to the loss by observers of several Russian submarines from sight. In any case, the Norwegians report the whereabouts of only four out of ten. Here is what the rest, in their opinion, do:

Ten submarines of the Russian Northern Fleet take part in the operation, the purpose of which is to go as far as possible into the waters of the North Atlantic without being detected. The purpose of the operation is to overcome the Faroe-Icelandic border of NATO and to demonstrate a threat to the east coast of the United States.

If this is so, then it is understandable why the “breakthrough into the Atlantic” of the Russians caused such a commotion. During the Cold War, NATO built a layered anti-submarine defense in the region: from Norway to Bear Island and from Greenland to the northern tip of Great Britain. Soviet, and now Russian submarines are being watched by underwater acoustic systems, anti-submarine ships and aircraft. In the event of a war between the USSR and NATO, in the Old World our Northern Fleet should not only pose a threat to the "American Heartland", but first of all start intercepting military convoys from the USA and Canada, which were supposed to help their European allies.

What is all this vaunted layered anti-submarine defense system worthwhile, showed in 1987 the operation "Atrin", brilliantly carried out by the Soviet command. In March of that year, five of our submarines reached the Barents Sea, where they were closely watched by NATO forces. Then the submarines disappeared somewhere, and were already found off the coast of the United States. After that, the submarines safely returned to base. Only one of them was discovered by the Americans on their way back.

The success was huge. It was possible to achieve it, thanks to the most modern devices for installing acoustic noise. The operation of the USSR Ministry of Defense showed that, if necessary, nuclear submarines with ballistic missiles can appear near the American east coast, from where the United States shoots perfectly. Clicking the nose of the Pentagon was then powerful.

If everything is correct, then the RF Ministry of Defense could slightly cool the belligerent ardor of its overseas colleagues. Who knows what specific equipment was tested on submarines? If it allows NATO to lose sight of six nuclear submarines at once, then it is not worth quarreling with such an adversary.
Ctrl Enter
Noticed oshЫbku Highlight text and press. Ctrl + Enter
We are
Putin's departure: how to prevent the collapse of Russia's foreign policy
Ten "defeats" of Putin
Reporterin Yandex News
Read Reporterin Google News
7 comments
Information
Dear reader, to leave comments on the publication, you must sign in.