November 1 2019
0
To ensure security in the region of the Syrian-Turkish border and to fulfill the agreements reached with Turkey, the Russian military contingent in Syria was strengthened by personnel and armored vehicles. 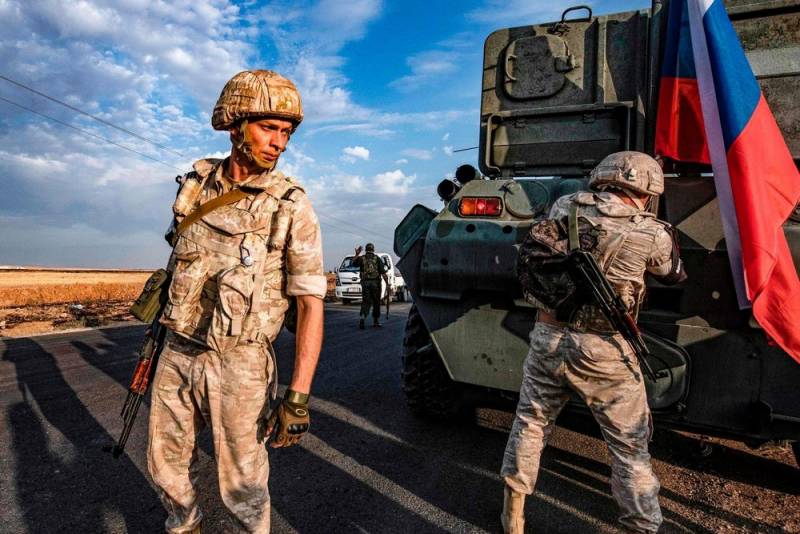 As the RIA News", in the north-east of Syria, Russia additionally deployed 300 military police and 20 units of armored vehicles.

Currently, routes are being worked out in the border zone along which the joint Russian-Turkish patrol will pass.
It is assumed that the military personnel of the Russian military police will go through at least ten settlements a day.

At the beginning of each route, a point will be provided where representatives of the Turkish armed forces will meet with the Russian patrol in a Tiger car.

Further, the joint patrol will move along the route, the length of which is 150 kilometers, stop at the designated control points and report on the situation.

In view of the fact that Russia has assumed tremendous responsibility, it can be assumed that the likelihood of provocations on the part of the militants, who switched to guerrilla actions, is very high.

However, the Russian military in Syria has repeatedly proved that they are able to cope with any difficulties and surprises.
Ctrl Enter
Noticed oshЫbku Highlight text and press. Ctrl + Enter
We are
Russian military police occupy a dominant height on the border with Turkey
Control over the Syrian border with Turkey transferred to the military police of Russia
Reporterin Yandex News
Read Reporterin Google News
Ad
The publication is looking for authors in the news and analytical departments. Requirements for applicants: literacy, responsibility, efficiency, inexhaustible creative energy, experience in copywriting or journalism, the ability to quickly analyze text and check facts, write concisely and interestingly on political and economic topics. The work is paid. Contact: [email protected]
Information
Dear reader, to leave comments on the publication, you must to register.
I have an account? Sign in