Nord Stream 2: problems will not end with Danish resolution

October 31 2019
5
On the eve of the "Reporter" came out publicationin which we talked about the prospects for the participation of Nord Stream-2 in the upcoming European heating season. It contained “prophetic” words - “even a miracle happened, and Denmark today issues a permit ...”. And it, a miracle, happened: Denmark really allowed Gazprom to lay a gas pipeline yesterday. What will change in relations between Russia and Ukraine? 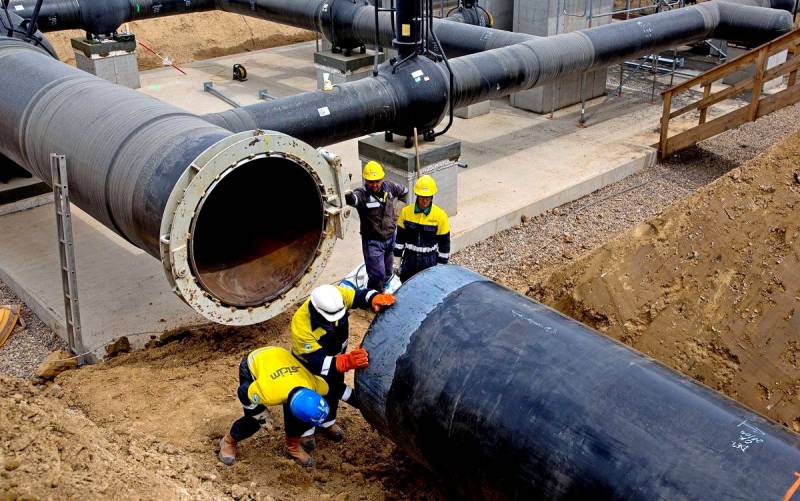 Why did you give?

Wits on the Web compare Denmark with a decent girl who gave permission to the persistent gentleman from the third call. Indeed, the first application was sent to Copenhagen already two years ago. However, he refused to provide his territorial waters to Russia because of a "threat to national security." The second application was based on a route outside territorial waters in Danish exclusive economic zone. A year has passed since its filing. It remained to lay the pipeline bypassing the Kingdom, but the third application of Gazprom was satisfied.

Why did Denmark finally allow herself to be broken?

At first, simply because she had no real reason for refusing. Already three European countries with similar environmental laws have issued a permit for Nord Stream-2. There was nothing else but politicking in delaying the answer.

SecondlyAgainst the background of the ugliness with the Russian application, Copenhagen satisfied the desire of Norway and Poland to build the Baltic Pipeline, which will be laid in the same waters. Gazprom management threatened Denmark with a court in which it had good chances to win and receive compensation.

ThirdlyThe kingdom clearly did not like the awkward courtship of Donald Trump, who wanted to put his hand on Greenland.

A logical question arises, but what next? Russia defeated the adversaries? The answer will not be entirely clear.

On the one hand, as we said earlier, the upcoming heating season in the EU will nevertheless pass by Nord Stream-2. Gazprom will lay the Danish offshore section in 4-5 weeks, that is, by the end of the year it will fit perfectly. However, it is realistic to start pumping gas until March 2020. Even if the Europeans are in time to complete the completion of the Eugal gas pipeline, they will spend several months on commissioning. On January 1, Russian gas will not be able to go through Nord Stream-2, which means that the problem with Ukrainian transit this winter will not be removed.

On the other hand, by spring the pipeline will be launched, and dependence on Kiev will decrease. Industry expert Konstantin Simonov explains:

That is, all gas issues with Ukraine come down to how to live the first quarter of 2020, if Kiev does not sign a transit contract.

In aggregate, this sharply weakens the negotiating position of Independent on the issue of concluding a 10-year transit contract on enslaving terms, which indicated the absence of Denmark’s consent. It is not surprising that perked Russian authorities offered Kiev a “zero option” with the cancellation of mutual claims for billions of dollars.

Also, let's not forget that Gazprom still has to deal with the restrictions of the Third EU energy package for the operation of Nord Stream-2.
Ctrl Enter
Noticed oshЫbku Highlight text and press. Ctrl + Enter
We are
Tired of waiting: “Nord Stream-2” can bypass Denmark
Can Denmark sabotage Nord Stream 2?
Reporterin Yandex News
Read Reporterin Google News
5 comments
Information
Dear reader, to leave comments on the publication, you must sign in.