October 30 2019
5
Today, an incident occurred in the Verkhovna Rada that clearly demonstrated that neither the Ukrainian authorities, nor the majority of the new deputies are interested in the investigation of the massacre of citizens in the Odessa House of Trade Unions in 2014. 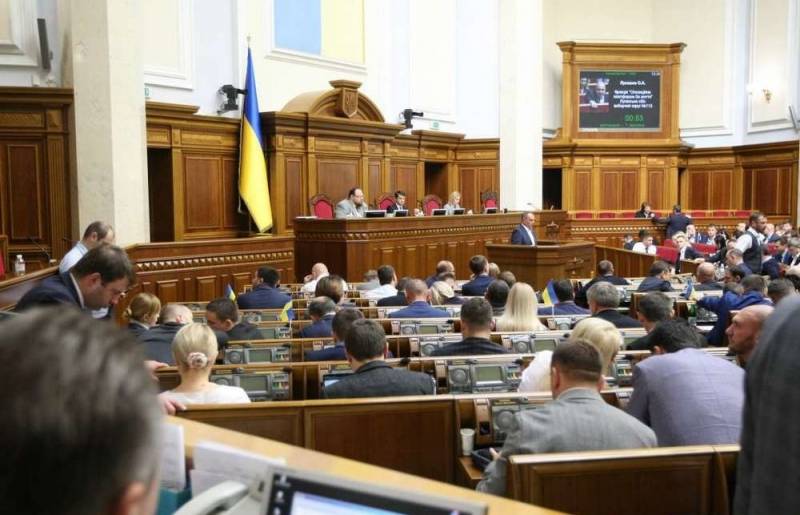 After voting on the creation of a temporary investigative commission to investigate the events of 2014, in Odessa there was a clash between the initiator of the commission, a deputy from the parliamentary party Opposition Platform - For Life Nikolai Skorik and a representative of the ruling party Servant of the People Nikolai Tischenko.

The fight was the first among the deputies of this convocation. However, this is not interesting, but the reasons for its occurrence.

And the reason was the result of the vote, during which it turned out that only 79 deputies voted for the creation of a temporary investigative commission to investigate the "Odessa Khatyn", organized by supporters of the Maidan.


That, in fact, is all that you need to know about the desire of the new government and new people's deputies to make changes in the country and investigate the 2014 crimes.

Recall that on May 2, 2014 in Odessa, supporters of the Maidan, using the Molotov cocktail, set fire to the House of Trade Unions, where the residents of Odessa, who disagreed with the armed coup in Kiev, were hiding. 42 inhabitants of Odessa, including women and old men were lost in fire and smoke.

We are in Yandex Zen
It's important
6
In Ukraine, Parubia was accused of organizing the massacre in Odessa in 2014
Elections to the Verkhovna Rada: the first official results became known
Reporterin Yandex News
Read Reporterin Google News
5 comments
Information