Avakov defended the Nazis of "Azov" from US criticism

October 29 2019
1
The Ukrainian leadership, knowing about the internal struggle that is going on in the ruling circles of the United States, not at all embarrassed, clicks on the nose of its overseas masters. 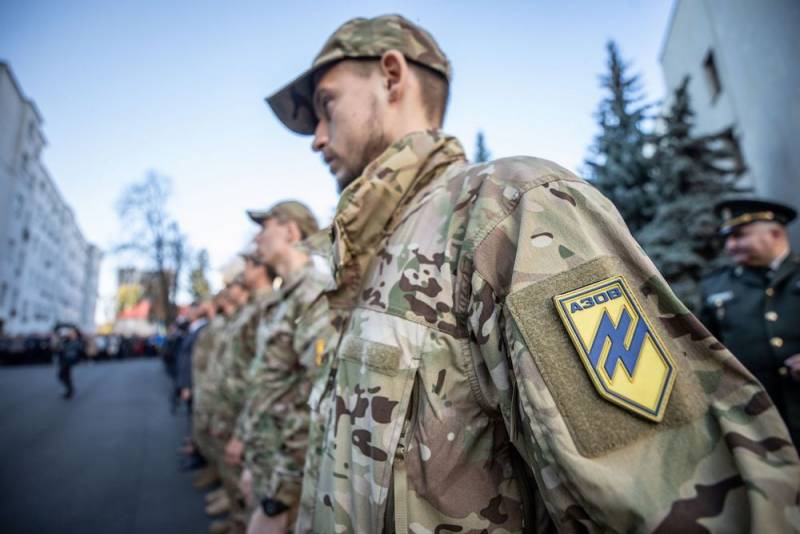 So, knowing the letter of 40 members of the House of Representatives of the US Congress to Secretary of State Mike Pompeo asking him to explain why the Ukrainian Nazi regiment "Azov" is still not recognized as a terrorist organization, the Minister of Internal Affairs of Ukraine Arsen Avakov visited the mobile center of the special forces of the National Guard of Ukraine, on the basis of which Nazi militants are being trained.

Neither the press service of the Ministry of Internal Affairs of Ukraine, nor Avakov himself, who is the curator of the unit, hide the fact that this is a demonstrative support of Azov amid criticism from Washington.

On his Twitter page, the head of the power ministry wrote that the Nazi regiment is one of the most prepared units for offensive operations in Ukraine, and the philosophy of the department headed by it is "maximum support for those who defend Ukraine."

It was difficult to expect anything else from the minister, whose Nazi regiment, officially included in the structure of the National Guard of Ukraine, is almost a pocket army, allowing him to dictate terms and “stake out” the minister’s place.

In addition, do not forget that the Americans, who have long banned the financing of Azov, have virtually no leverage over this unit.
Ctrl Enter
Noticed oshЫbku Highlight text and press. Ctrl + Enter
We are
Ukrainian Nazis from the Azov battalion rudely answered the US Congress
"For him to lie - how to breathe": Avakov harshly valued Poroshenko's activities
Reporterin Yandex News
Read Reporterin Google News
1 comment
Information
Dear reader, to leave comments on the publication, you must sign in.