Has Gazprom waved a hand over the heating season in Europe?

October 29 2019
19
Washington and Kiev have achieved their goal: January 1, 2020, Russian gas will not go around Ukraine. Does this mean that we can talk about the complete defeat of Gazprom? 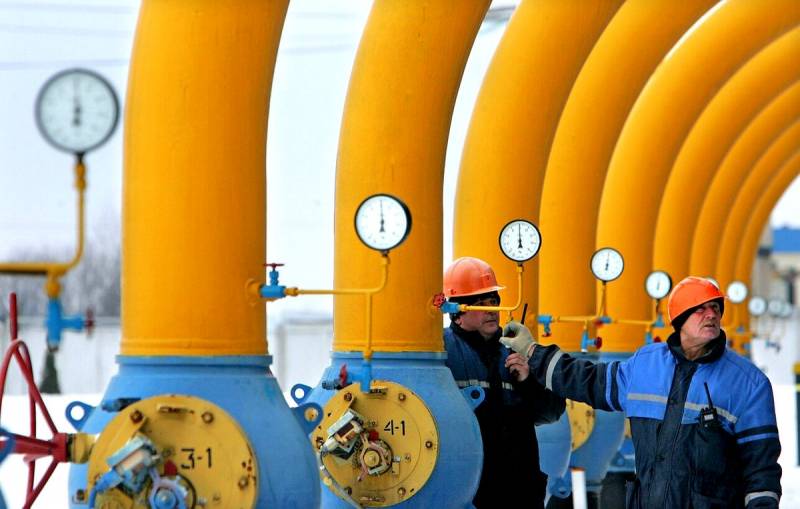 Initially, the task of the domestic monopolist was to build two alternative routes to the Ukrainian GTS before the end of the year, when the transit agreement expires, in order to keep up with the heating season. However, the opposition to Russian projects, obviously, broke all deadlines.

Media reports that the Turkish Stream is almost complete. The pipeline will have to pump up to 31,5 billion cubic meters of gas. However, for some reason, it is not specified that we are talking about the line of the pipeline that is intended for the domestic market of Turkey. The second, called the Balkan Stream, will work at best in 2021. It is through it that transit will go directly to Europe. In addition, Naftogaz Ukrainy made trouble for the Turkish Stream construction contractor, South Stream Transport BV, by seeking the arrest of its shares through a court. There is no doubt that the builders of the transit line will also face problems.

The “Danish epic” continues at the “Nord Stream-2”. Copenhagen never issued permission for any of Gazprom’s three applications. By itself, laying a pipeline in Danish waters will take no more than 4-5 weeks. The Russian side threatens the Danes with a court because of the obvious politicization of their position: recently, they calmly and without delay allowed the construction of the Norwegian-Polish Baltic Pipe gas pipeline. But we have things there too.

Why does Gazprom not take measures to lay a pipeline bypassing Denmark, in neutral waters? Well-known Russian expert in the field of energy Igor Yushkov admits that the company's management has already “waved a hand” for the next heating season in Europe:

Previously, there was a hope that we would complete the offshore part of the gas pipeline and supply at least some of the volumes through it. But now the situation is such that the Europeans did not build the EUGAL gas pipeline - a continuation of Nord Stream-2 in Germany and Austria.

That is, even a miracle happened, and Denmark issues a permit today, and in 4-5 weeks the offshore part of the pipeline is completed, commissioning is carried out, there is simply nothing to connect to it on the shore. This means only one thing: on January 1 of next year, Nord Stream-2 will definitely not start working.

Objectively, the winter heating season of 2019-2020 in Europe passes by Nord Stream-2 and Turkish Stream. If so, then why make an extra fuss by laying a pipeline to bypass Denmark?

Now the new deadline for Gazprom is July 2020. Then European consumers will again begin to pump gas reserves into their storage facilities for the next heating season, in which bypass pipelines will be able to take part. But the coming winter will be "fun."
Ctrl Enter
Noticed oshЫbku Highlight text and press. Ctrl + Enter
We are
Peace enforcement operation. Russia inflicts a preemptive strike on Kiev
Kiev gas blackmail: brave Ukrainians did not take into account one moment
Reporterin Yandex News
Read Reporterin Google News
Ad
We are open to cooperation with authors in the news and analytical departments. A prerequisite is the ability to quickly analyze the text and check the facts, to write concisely and interestingly on political and economic topics. We offer flexible working hours and regular payments. Please send your responses with examples of work to [email protected]
19 comments
Information
Dear reader, to leave comments on the publication, you must sign in.