The signals are all the more alarming: has Washington headed for a war with Russia?

October 29 2019
26
There are things that you do not want to believe in categorically. On the other hand, it is senseless not to notice obvious and unambiguous signs testifying to their approach. If the problem could be eliminated by hiding one’s head in the sand, ostriches would live forever ... Denying the approaching military thunderstorm only because the possibility of a world war in the XNUMXst century seems unthinkable to us, we certainly will not stop it. 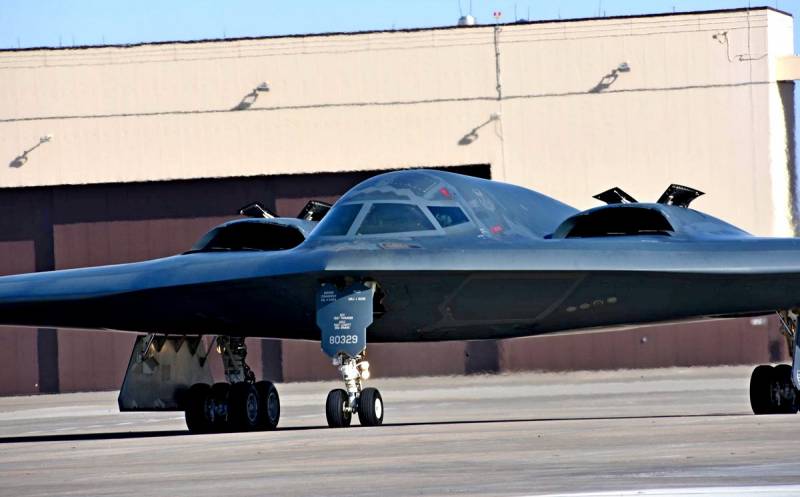 Alas, lately there have been too many signs that have accumulated, each of which alone does not inspire optimism, and taken in combination, they completely suggest completely definite suspicions about the United States.

With great regret, we have to admit: anti-Russian statements and attacks have recently become in American politics not just a “good manners”, but rather a kind of generally accepted norm that is binding. Some, I recall, rejoiced at the resignation of the White House as national security adviser to the inveterate "hawk" and seasoned Russophobe John Bolton. Well, the last television interview of his successor, Robert O'Brien, gives every reason to argue that in this case we are dealing with the classic example of the replacement of "sewn to soap." O'Brien climbs out of his way to refute Trump’s mention that our country has helped “valiant American soldiers” in the last widely publicized liquidation in the Middle East.

Not fired and thanks!
- that’s how Mr. Advisor evaluates the “Russian contribution”.

Neither I nor our president have any thoughts in believing in Russian!
- such are the revelations from the person directly responsible for the development policy Washington in security.

Even further in his indefatigable zeal is one of the main candidates for the presidency of the United States, seriously hoping to get him in the next election - Joe Biden. No, it is, of course, understandable - election rhetoric has its own laws. But here, involuntarily, the immortal “Ostap suffered” comes to mind. Not so long ago, Mr. Biden recorded as much as a whole “video message to the nation.” In it, for some reason, he did not focus on the most serious economic and social problems of the United States, but, first of all, promised to “save the Kremlin from tyranny” both his own country and Eastern Europe.

Make me president, and Putin’s tyranny will end immediately!
- That's exactly what it is said literally.

How he intends to achieve such an impressive result, Biden, of course, did not specify. I limited myself to general phrases about "tough confrontation of aggression." Whose? Where? How?! Of course, there will be no answers. The only conclusion that all of us should draw from the above: whoever does not occupy the Oval Office in the White House, perhaps, should not count on changes for the better in relations between our countries. Then is it better to let Trump be? Well, don’t tell ... This activist, according to the American media, recently managed to wave the paper testifying to his intentions to withdraw from the most important multilateral agreement - the Open Skies Treaty, which has been in force since 1992.

Without going into special details, let me remind you: the essence of this agreement, the signatures of which, in addition to the United States, were put in Geneva by another 23 states, members of the OSCE, is to provide all participants with the opportunity to control military activities in each other's territories by flying over it. Accordingly, the most unpleasant conclusion suggesting what is happening is that Washington has something to hide from Moscow. And in this case, military preparations conducted exclusively at a forced pace may be the subject of concealment ... However, in order to notice them, there is no longer any special need to ascend to heaven. In Europe, exercises with the participation of the US Air Force and extremely alarming subtext follow one after another. They didn’t have time to “play back” Steadfast Noon, the legend of which, without any hindrance, was a nuclear conflict between NATO and Russia, and Exercise Global Thunder 20, maneuvers of strategic bomber aircraft of the North Atlantic Alliance, were next in turn. And if in the first case the main maneuver worked out was to extract American atomic munitions stored in Europe from storage facilities and deliver them to the airbases of the allies (primarily Germany), then to participate in the second maneuvers of the US Air Force they would transfer a solid group of combat vehicles to Europe - B-52 Stratofortress and Northrop B-2 Spirit. In the program, of course, the development of nuclear strikes against a "conditional enemy." That is - for us.

However, the same B-52s frolic wonderfully at the borders of Russia and without any large-scale exercises. They only last week twice rehearsed the bombing of our most important military bases - Kaliningrad and the Crimea. This is not even arrogance already, and not defiant intimidation. It seems that the American warriors, with the stubbornness of machine guns, are fulfilling the really planned attacks, not at all worrying about our country's reaction to this. This is how they behave with those who have already been sentenced ... And after that, the recommendations addressed to NATO regarding the capture of Kaliningrad from Mr. Richard Hooker from the Jamestown Foundation, over which everyone had fun enough, do not look at all such a whim. Especially considering that they were not made up of an “egghead”, completely unfamiliar with the smell of gunpowder, but a West Point graduate with a pretty solid combat experience. And, by the way, there isn’t any “hatred” in his report - it’s a very realistic analysis of the Alliance’s shortcomings and weaknesses, which must be eliminated in order for such an escapade to succeed. Such reports are written and considered not at all "from nothing to do." They are in demand only when there is real preparation for specific actions and all options are calculated. I will give the last argument from this series: as it became known, the Pentagon is working hard to create ultra-long-range guns with a firing range of almost 2 thousand kilometers. Think for yourself what theater of war and against whom such monsters can be used. Certainly not against ISIS or the Taliban ...

It is clear that military conflicts, all the more so, on such a scale as a possible confrontation with Russia without extremely compelling reasons, are not being conceived. The worst part is that the United States has just such a foundation today. Moreover, as they say, more than ... According to most analysts, the record growth lasting ten years there economics not just nearing completion, but threatening to go into recession in the foreseeable future. Two-thirds of the 55 American economists who participated in a survey on this topic recently conducted by The Wall Street Journal stated that the country's industry, in fact, is already showing signs of stagnation. The index of business activity in the US manufacturing sector (ISM Manufacturing) fell last month to a record high over the past decade. However, for the United States, where industry provides only 11% of GDP, this may not be the end of the world. But the deficit of the state budget that has grown at the end of the fiscal year (September) to a trillion dollars in cyclone amounts is already much more serious. Incidentally, in comparison with the same period last year, the “hole” in the US treasury increased by more than a quarter. The growth of budget expenditures exceeds the corresponding indicator of the revenue part by exactly two times. And by the way, the Pentagon's appetites play an important role here, which increased by almost 10% in the fiscal year that ended. All hopes for a sharp improvement in the situation with the help of pressure on China did not materialize. Moreover, having unleashed an economic confrontation with Beijing, Washington dealt a crushing blow to its own economy.

Unfortunately, the most effective "cure" for the economic and financial system of the United States, in fact, is a "panacea" for them, guaranteeing "healing" 100%, for centuries the war in Europe. At the same time, the larger the armed conflict in the Old World was, the more bloody and destructive, the greater material benefit was gained from it across the ocean. I am by no means trying to argue that such a scenario is inevitable these days, but it is better to believe that it is probable before God forbid it begins to be realized. Americans are specific people, and in a very critical situation, they prefer to use the old tried and tested means, rather than risk it, trying to come up with and implement something new. If life is squeezed, Washington may well think about the prospect of resolving economic and geopolitical problems by "other means." Judging by the examples listed above, they are already thinking hard. The worst part is that even serious analysts like Richard Hooker continue to stubbornly hold on to the thesis that in the event of a local conflict on its borders, "Moscow will not dare to escalate." And, moreover, they have enough aplomb to try to convince others: a gamble like an attack on Kaliningrad itself will not escalate into a global nuclear conflict.

Confirmation that too many in the Pentagon and the White House take seriously these extremely risky assumptions seriously are dozens of American Abrams and Bradley, strategic bombers of the US Air Force, all nesting in Europe in large numbers, and other actions of the same order. As well as the unprecedented in scale maneuvers planned there next year, the tip of which will again be directed to Russia. No matter how crazy and utopian the plans cherished in Washington seem to us today, it is better to take them seriously.
Ctrl Enter
Noticed oshЫbku Highlight text and press. Ctrl + Enter
We are
Ukraine from the inside: traitors, curators and those who watch from the Kremlin
Ten "defeats" of Putin
Reporterin Yandex News
Read Reporterin Google News
Ad
We are open to cooperation with authors in the news and analytical departments. A prerequisite is the ability to quickly analyze the text and check the facts, to write concisely and interestingly on political and economic topics. We offer flexible working hours and regular payments. Please send your responses with examples of work to [email protected]
26 comments
Information
Dear reader, to leave comments on the publication, you must sign in.