October 28 2019
1
Recently сообщалосьthat the Serbs are interested in the Russian short-range narrow-body airliners Sukhoi Superjet 100 (SSJ-100) and they may be interested in the promising Russian medium-range narrow-body airliner MS-21. And so, the head of the Ministry of Industry and Trade (Ministry of Industry and Trade) of Russia Denis Manturov informed that there are agreements with Malaysia to supply 10 MS-21 airliners to this country. 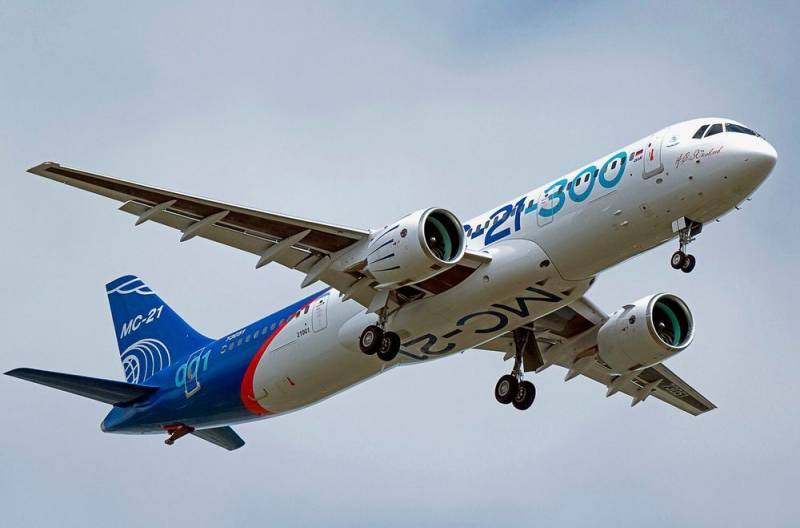 With Malaysia, even at the stage of preparation for serial production, we were talking about 10 aircraft. But, again, these are soft agreements, so far without hard obligations
- Manturov specified.

Manturov added that the MS-21 still needs to undergo certification tests, including obtaining a European certificate to "give a serious impetus to the market." At the same time, Manturov emphasized that interest in the MS-21 "is already high today."

It should be noted that relatively recently the State Transport Leasing Company (GTLK PJSC) - the largest leasing company in Russia - has allowed the possibility of creating its own airline, an aircraft fleet, which will consist exclusively of SSJ-100 and MS-21. However, as stated by the General Director of GTLK PJSC Sergey Khramagin, no decisions have been taken on this issue so far. At the same time, PJSC GTLK is managed by the Ministry of Transport (Ministry of Transport) of Russia.
Ctrl Enter
Noticed oshЫbku Highlight text and press. Ctrl + Enter
We are
The last foreign company refused Superjets
The Ministry of Industry and Trade told about the prospects of SSJ-100 after the disaster
Reporterin Yandex News
Read Reporterin Google News
Ad
We are open to cooperation with authors in the news and analytical departments. A prerequisite is the ability to quickly analyze the text and check the facts, to write concisely and interestingly on political and economic topics. We offer flexible working hours and regular payments. Please send your responses with examples of work to [email protected]
1 comment
Information
Dear reader, to leave comments on the publication, you must sign in.