October 28 2019
15
Over the past five years, Euro-Atlanticists from different countries have made titanic efforts to prevent the flow of tourists to the Crimea. What is the entry into the database of the Nazi site “Peacemaker” of hundreds of famous people who dared to visit the Russian peninsula, and a direct ban on foreigners from visiting Crimea through Ukraine. However, statistics say that Russophobia’s efforts were in vain. 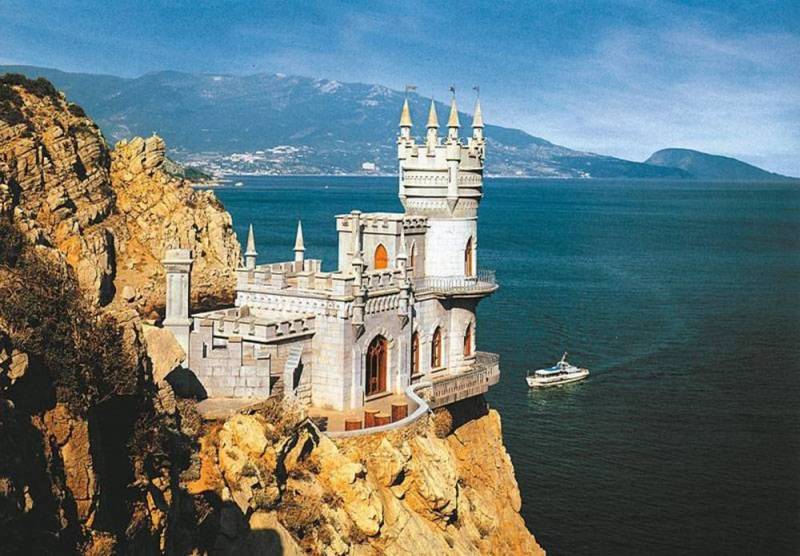 The head of the region, Sergey Aksenov, said that since the beginning of 2019, the Crimea has broken the post-Soviet record in the number of tourists visiting it. According to Aksyonov, 6,9 million people visited the peninsula. This is an absolute record for all the years of "independence" and the last five years.

Aksenov noted that most of the people arrived from Moscow, the Moscow Region, St. Petersburg, the Volga and Ural Federal Districts. As for foreign destinations, Ukraine remains the leader. For the indicated period of 2019, more than a million citizens of Ukraine visited Crimea. For example, in the summer from the Kherson region of Ukraine to the Crimea, 11 thousand people and 1,5 thousand cars “leaked” every day, and this despite certain difficulties organized by the Ukrainian authorities.

The peninsula was also in demand among citizens of Belarus, Kazakhstan, Germany and a number of other countries that get there through the territory of continental Russia.
Ctrl Enter
Noticed oshЫbku Highlight text and press. Ctrl + Enter
We are
In Kiev, revealed the identity of the administrators of the site "Peacemaker"
For what the oligarch Kolomoisky got into the base of the Nazi site "Peacemaker"
Reporterin Yandex News
Read Reporterin Google News
Ad
The publication is looking for authors in the news and analytical departments. Requirements for applicants: literacy, responsibility, efficiency, inexhaustible creative energy, experience in copywriting or journalism, the ability to quickly analyze text and check facts, write concisely and interestingly on political and economic topics. The work is paid. Contact: [email protected]
15 comments
Information
Dear reader, to leave comments on the publication, you must to register.
I have an account? Sign in