October 28 2019
19
After the recent summit, Africa is now in trend in Russia. Everyone is vigorously discussing the write-off of the $ 20 billion debt by the Kremlin and what Russia can get in return. Moreover, the CAR government itself invites Moscow to open a military base on its territory. Should I take this tempting offer? 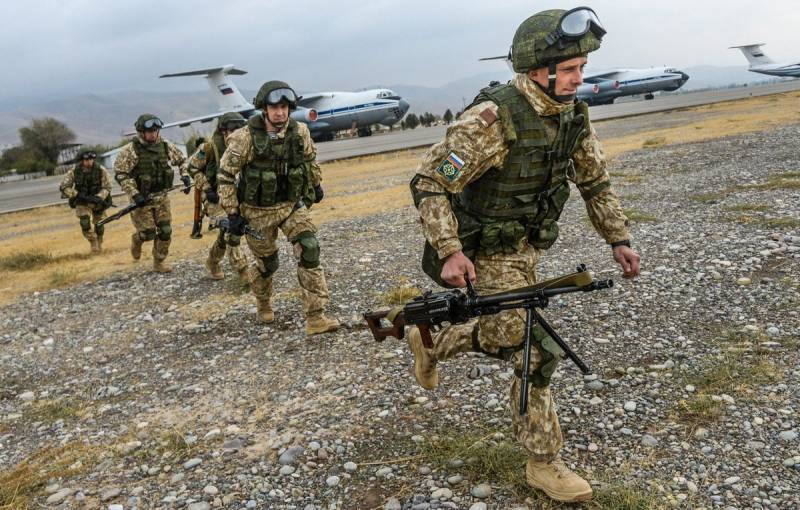 At first glance, we must rush to grab our piece of the "black continent", where China has long been actively pushing the former European metropolises. In Africa, 13 foreign countries marked their military presence. The strongest positions are in Paris and Washington. France carefully controls the former colonies, the United States on a hegemonic basis scatter its infrastructure everywhere. Is it not time for Russia to return to where the USSR’s positions were previously strong?

What are the advantages of strengthening Moscow’s position directly in the Central African Republic? As you know, there are large reserves of diamonds, uranium, oil and, presumably, gold. In addition, the official Banga (the capital of the republic) expresses a great interest in Russian weapons and the help of our military specialists in preparing the local security forces to deal with “flounders”. And, perhaps, on this the whole positive is exhausted.

At first, The CAR does not have its own access to the sea, so the supply of a military base is possible only by air. Taking into account the distances, you don’t particularly run into it, at the cost of maintenance it will become “golden” for the budget. You can’t place a large contingent there, but there’s no sense in it. The question is what to do if, in the event of a conflict with NATO, the air corridors are closed for us. Even our military in Syria, separated from Russia by three seas, is under such a threat, and in the much more distant CAR they do not shine anything good.

Secondly, in the Central African Republic there is a long-standing civil conflict. Currently, it is formally suspended, but may at any time flare up again. There is a risk that the Russian military may be involved in it with all the consequences in the form of the dead and the growth of military spending. Why do we need it now?

Thirdly, you must be aware that, when looking down on African diamonds, oil and uranium, Moscow enters the "plot" of Paris. The fact is that the CAR is part of the so-called “Francafrica”. On the territory of the "black continent" Paris previously had 14 colonies. It is believed that France relatively peacefully released its possessions, but this is not entirely true.

The former metropolis retains control of half of Africa through an ingenious financial system. In 1945, Paris introduced the so-called “African franc”, or CFA franc, as the currency for 14 countries, tied to the French franc. In the sixties, the "African franc" was divided into two actually interchangeable currencies, one for West Africa, the second for Central Africa, which includes the Central African Republic. In exchange, all 14 former colonies deposited 65% of all their currency in the Treasury of France, and Paris received a veto over their money policy. This system has been preserved after the introduction of the euro.

In other words, France continues to plunder half of Africa in a civilized manner. Due to the inability to devalue their currencies, the former colonies cannot develop economically, remaining the poorest countries in the world. The ex-president of the Fifth Republic, Jacques Chirac, honestly said in 2008:

Without Africa, France would have slipped to the level of third world countries.

This is the note of Russian liberals who cite France as an example of “right capitalism”. In order to live beautifully, as in Western Europe, one needs to “enclose” someone else. A logical question arises, but how will Paris look if the Russian oligarchs snoop on its "plot", and what problems will it be possible for our military to arrange on such a remote and alien theater?
Ctrl Enter
Noticed oshЫbku Highlight text and press. Ctrl + Enter
We are
Putin's departure: how to prevent the collapse of Russia's foreign policy
Ten "defeats" of Putin
Reporterin Yandex News
Read Reporterin Google News
19 comments
Information
Dear reader, to leave comments on the publication, you must sign in.