Ukrainian energy system collapses on the eve of winter

October 28 2019
11
The coming winter may be very difficult for Ukraine. On the eve of the heating season, the collapse of the country's energy system was not spoken by Russian propaganda, but Verkhovna Rada deputy Mikhail Volynets, head of the Independent Trade Union of Ukrainian Miners. In Kiev, Moscow is traditionally blamed for the whole of Moscow, is it only in the “machinations of the Kremlin”? 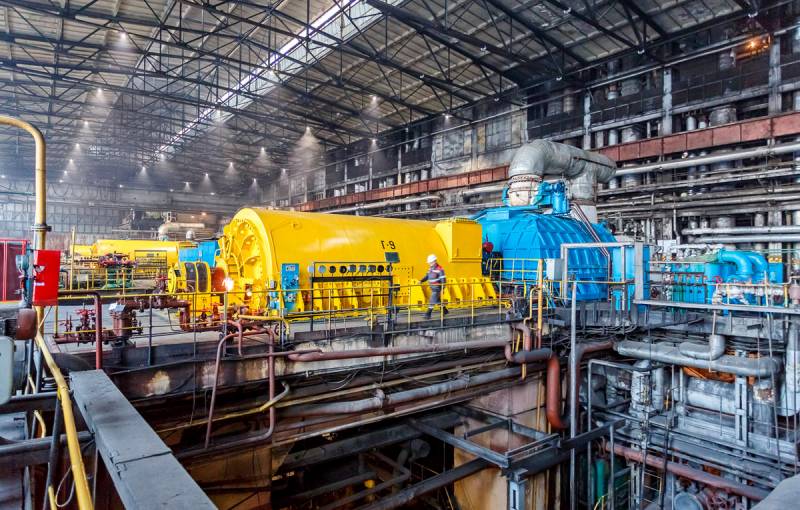 Starting January 1, 2020, Nezalezhnaya will have the right to turn off the valve, blocking the transit of Russian gas to Europe, unless a new agreement with Gazprom is signed by then. The Ukrainian side is actively accumulating “blue fuel” reserves in its UGS facilities in order to extend the winter, twisting its hands in negotiations to the domestic monopolist. However, everything is somewhat more complicated.

In addition to gas, Ukraine’s energy depends on nuclear power plants and coal generation, and this is already a big problem. Nuclear power plants are gradually developing their resources, and there is simply no means to build new ones. At the same time, Ukrainian “effective managers”, despite the objections of specialists, transferred the second power unit of the Khmelnitsky NPP to the system of neighboring Poland. Because of this, immediately there was a shortage of electricity in Ukraine itself, about which we told earlier. It got to the point that the Verkhovna Rada was simply forced to give permission to buy electricity in “aggressive” Russia.

It is not easy with coal. Having failed in five years to find a common language with the DPR and LPR, Kiev lost the source of coal from the anthracite group. Instead, it was decided to switch to using coal from the gas group, which TPPs are not designed for, and to buy fuel abroad. Ukrainian expert Igor Korolchuk asks the following questions:

The question always arose - how can a thermal power plant be converted to coal of a gas group and not immediately support domestic coal production, but say that we will buy this coal somewhere? Of course, we will buy, but at what price?

Indeed, you can buy coal abroad. It is sold with pleasure by the distant USA, South Africa, and even the “aggressive” Russian Federation. But such "economic activity" has a high price.

On the one hand, Russian coal is mined in a quarry way and transported closer; therefore, it is cheaper than other competitors. In addition, the “secret of the open door” is that coal from the Donbass is re-exported to Ukraine through our country. On the other hand, Kiev has relieved itself of responsibility for maintaining and subsidizing domestic production. The logic of the “effective managers” of the Ukrainian spill is this: if this is not profitable, then why support it?

The fate of the local miners is destined for an unenviable one. The representative of President Zelensky Andrei Gerus proposes to put up for privatization PJSC "Centrenergo" along with state mines. The mentioned Igor Korolchuk explains:

But there, out of 32 objects, only five mines are normal, promising.

We ask ourselves, what will an “effective private owner” do with mines that are profitable only with subsidies from the state? True, he will close them, and the miners will join the ranks of the unemployed. Ukrainian ex-deputy Yevgeny Muraev estimates the number of people who can be dismissed from closed mines at 50 thousand. It’s strange that the former parliamentarian blames “cheap Russian coal” for this. Perhaps the reason is still different?

As a result, currently in Ukraine coal reserves are 54% less than a year earlier, when they were enough tightly. Mikhail Volynets warns that this winter there may be restrictions on the supply of electricity right up to the shutdown of enterprises. Shipments from Russia and Belarus, where the NPP will soon start working, can save from the collapse. In this situation desire Kiev move to European standards in the energy system looks like a complete gamble.
Ctrl Enter
Noticed oshЫbku Highlight text and press. Ctrl + Enter
We are
What will turn out Ukraine’s exit from a single energy system with Russia
Winter is coming: Naftogaz of Ukraine is preparing a "setup" Zelensky?
Reporterin Yandex News
Read Reporterin Google News
Ad
The publication is looking for authors in the news and analytical departments. Requirements for applicants: literacy, responsibility, efficiency, inexhaustible creative energy, experience in copywriting or journalism, the ability to quickly analyze text and check facts, write concisely and interestingly on political and economic topics. The work is paid. Contact: [email protected]
11 comments
Information
Dear reader, to leave comments on the publication, you must to register.
I have an account? Sign in