A column of US military returned from Iraq to Syria

October 26 2019
3
It was recently reported that the Russian Ministry of Defense presented evidence of theft of oil by the Americans in Syria, and before that, like the Kurds threw stones of the US military "courageously" retreating into the territory of neighboring Iraq. And now, from Syria it is reported that US troops began to return to the country. 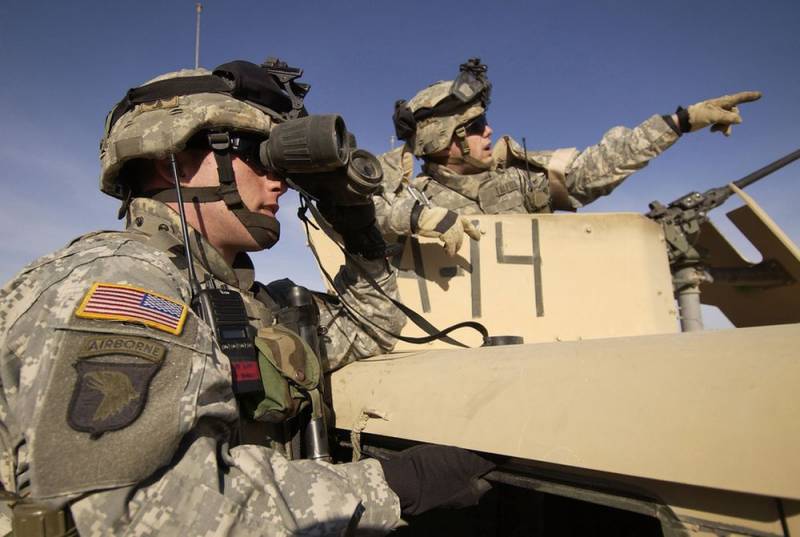 A convoy of American occupying forces entered Iraq from the Syrian province of Hasek through the illegal al-Walid border crossing. It consists of dozens of military and military technique, the column is covered by American helicopters
- said the state channel Syria TV.

It should be noted that other sources that are not connected with the official Syrian government in Damascus confirm this information. We are talking about 500 troops and a large number of armored vehicles.

We remind you that in the summer of 2014, Washington and its allies launched an operation against ISIS (an organization banned in Russia) in Syria, Libya and Iraq. Moreover, in Syria, “valiant” Americans act without the consent of the official authorities. Now their actions are more like a saying - "you drive him at the door, and he climbs through the window."

When the Turkish army launched the “Source of Peace” military operation in northeastern Syria on October 9, 2019, the Americans quickly gathered in Iraq. Now that the Syrian Arab Army (SAA) and the Russian military police (VP) are standing in the way of the Turkish army, the Americans have begun to “migrate” to the oil-bearing areas of Syria, which are controlled by Washington’s allies, to which official Damascus has not yet reached. 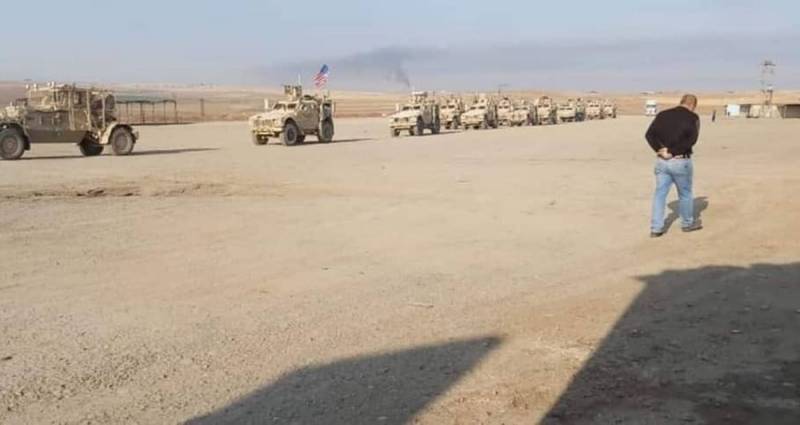 Over the past time, Americans have left Syrian settlements such as Al-Kamyshly, Raqqa, Tabka, Tell Baidar, Manbij, Ain al-Arab, Kobani, Dadat and others. Now they are beginning to "bunch together" in territories controlled by the self-proclaimed "Autonomous Administration of Eastern Syria." 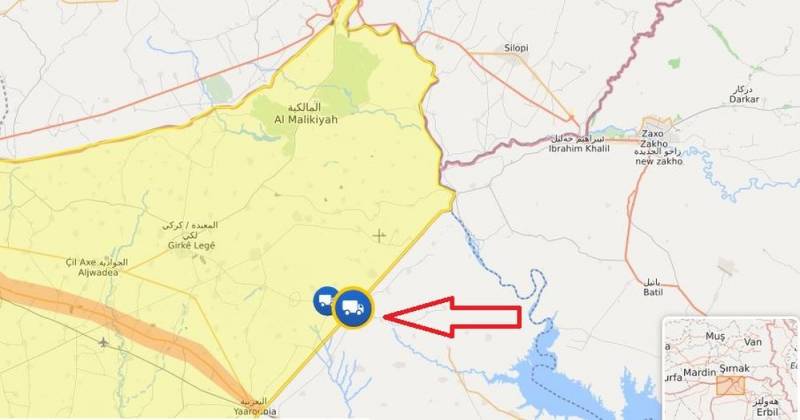 Before that, the head of the Pentagon, Mark Esper, and US President Donald Trump literally said in chorus that a small number of US troops would continue to “protect” oil fields in Syria from ISIS attacks. At the same time, 90% of Syria's oil production is concentrated on the eastern bank of the Euphrates. Moreover, the Americans are pushing the Arab-Kurdish groups to “develop” this region while the SAA and the Russian EaP are occupied by the Turks in the north of the country, promising that some Western companies will help with oil production. From this we can conclude that Washington is preparing the next platform (foundation, basis), on which the groups opposing Damascus will hold.
Ctrl Enter
Noticed oshЫbku Highlight text and press. Ctrl + Enter
We are
Syrians stoned the US military: a video appeared on the web
Trump promised to defeat ISIS in a month
Reporterin Yandex News
Read Reporterin Google News
Ad
The publication is looking for authors in the news and analytical departments. Requirements for applicants: literacy, responsibility, efficiency, inexhaustible creative energy, experience in copywriting or journalism, the ability to quickly analyze text and check facts, write concisely and interestingly on political and economic topics. The work is paid. Contact: [email protected]
3 comments
Information
Dear reader, to leave comments on the publication, you must sign in.