Russia provides evidence of US theft of Syrian oil

October 26 2019
6
On October 26, 2019, the Russian Ministry of Defense commented on a recent statement by Pentagon chief Mark Esper to keep a group of US troops in eastern Syria, supposedly "to prevent ISIS (an organization banned in Russia) from accessing oil fields." At the same time, maps of oil fields in Syria and space exploration photographs taken in September 2019 (that is, before the start of the Turkish military operation “Spring of the World”) were published. 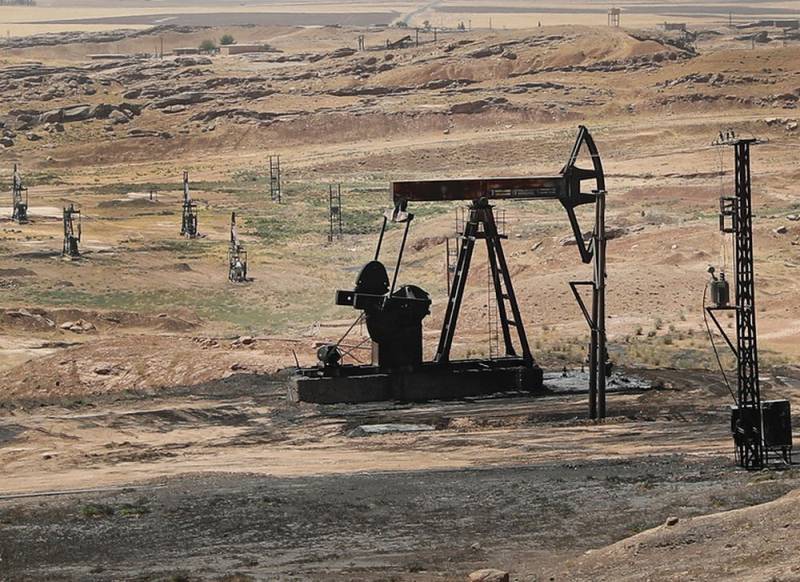 According to the statement of the Russian military department, absolutely all hydrocarbon and other useful deposits located on the territory of Syria belong not to ISIS terrorists, and especially not to “American ISIS defenders,” but exclusively to Syria and its people.

Neither in international law, nor in American law itself — nowhere and cannot there be a single legitimate task for the American troops — to protect and defend the hydrocarbon deposits of Syria from Syria itself and its people
- emphasized in the message of the Ministry of Defense. 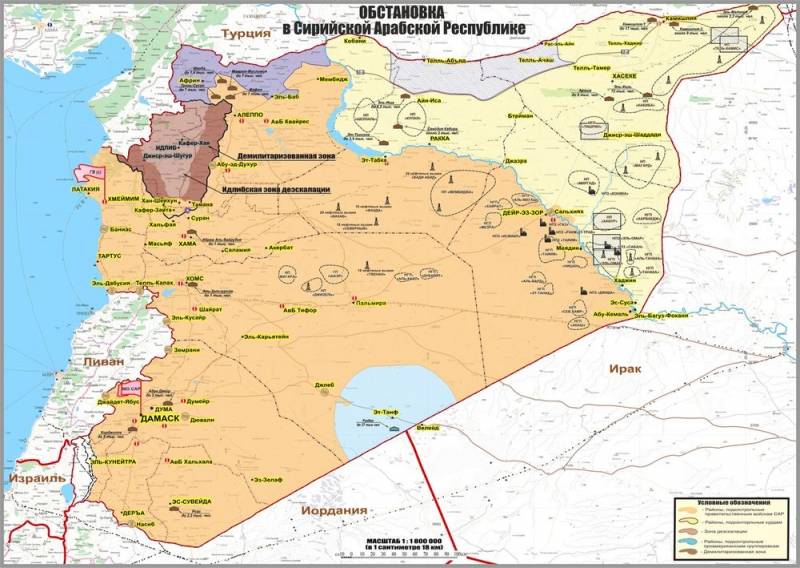 The Defense Ministry believes that what Washington is doing now is the armed seizure and control of oil fields in eastern Syria. Which in itself is international state gangsterism.

The department also called the main reason for such illegal activities of Washington. Moscow is sure that it (the reason) lies far from the ideals of “freedom” proclaimed by the Americans and other slogans, like the “fight against terrorism”.

Images taken from satellites clearly confirm this. Oil belonging to Syria before and after the defeat of ISIS in Zaevfrat, under the reliable protection of the US Army and American PMCs, was actively mined and mined. It was massively transported by road and is now sent for processing outside Syria. At the same time, the United States cynically announced sanctions for the supply of petroleum products to Syria. 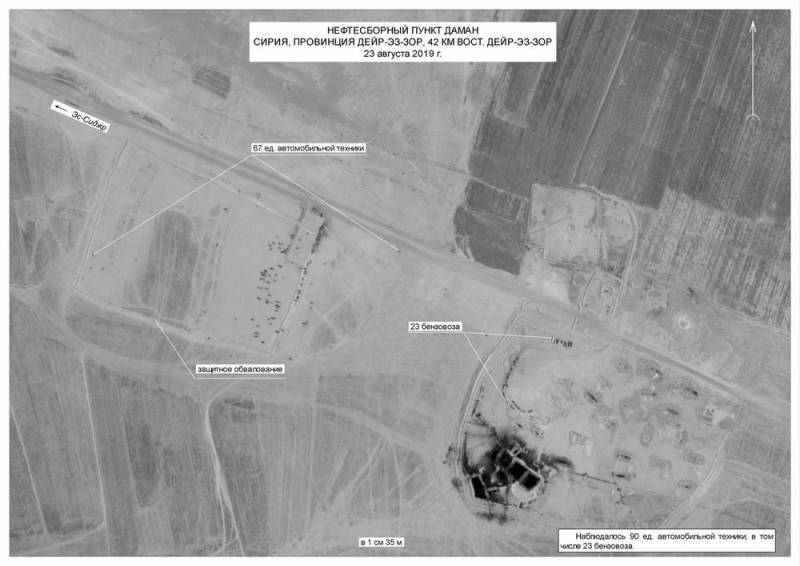 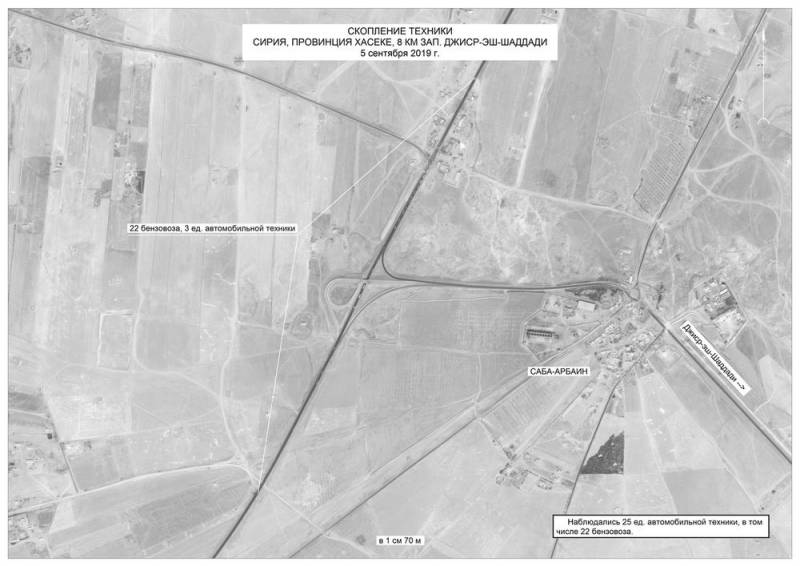 It is specified that fuel trucks loaded with Syrian oil are smuggled into other countries under the protection of the US Army and American PMCs with entire caravans. In case of problems with such a caravan, the US Special Operations Forces (MTR) are immediately sent to its defense. 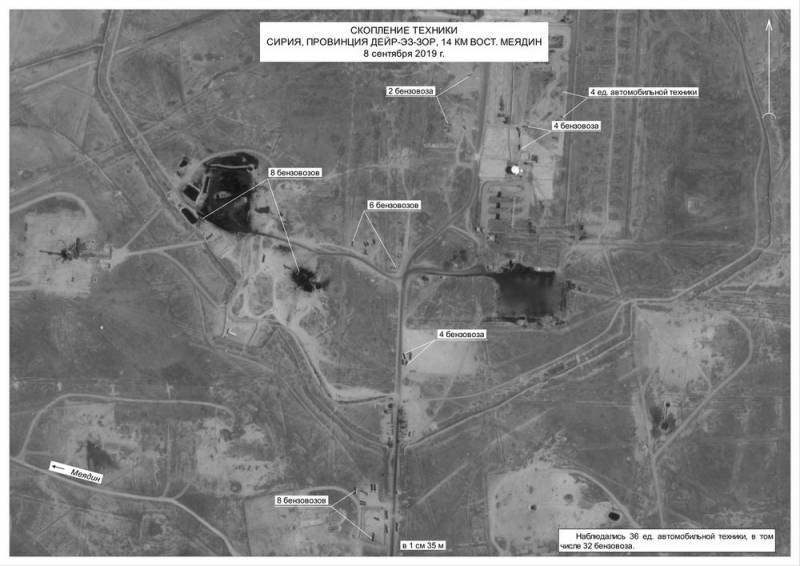 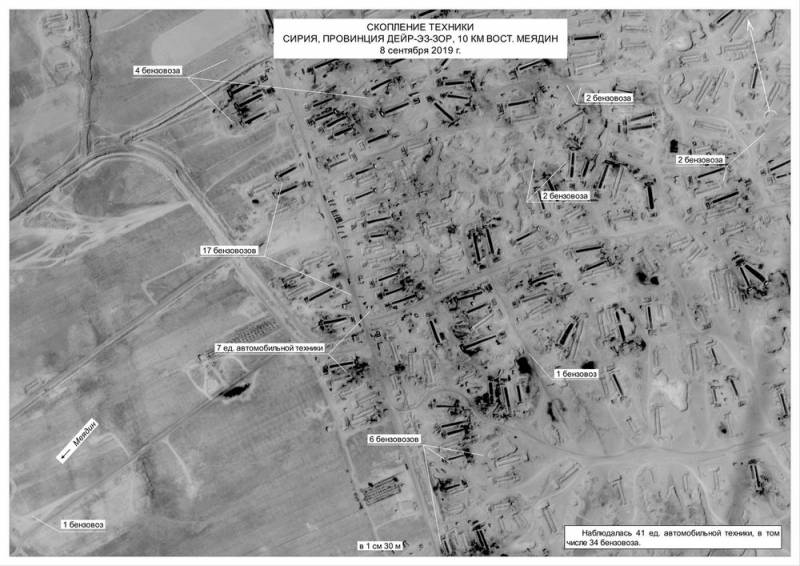 In addition, oil production (theft) itself is carried out using equipment provided bypassing the aforementioned US sanctions by leading Western corporations. At the same time, the “contract” for oil export is implemented by the US-controlled company Sadcab, created under the so-called Autonomous Administration of Eastern Syria.

As for the proceeds from the smuggling of Syrian oil, they, through the brokerage companies interacting with Sadcab, enter the numbered accounts of the US special services and American PMCs. It should be noted that one barrel of Syrian smuggled oil costs $ 38, and the monthly revenue of this “private business” exceeds $ 30 million.

So it is not surprising that the US army and special services are ready to guard and defend oil wells in Syria from the mythical "hidden ISIS cells" endlessly. No control, no taxes. Real "freedom of enterprise."
Ctrl Enter
Noticed oshЫbku Highlight text and press. Ctrl + Enter
We are
Russian military police occupy a dominant height on the border with Turkey
Became known candidacy of the new head of the Pentagon
Reporterin Yandex News
Read Reporterin Google News
Ad
We are open to cooperation with authors in the news and analytical departments. A prerequisite is the ability to quickly analyze the text and check the facts, to write concisely and interestingly on political and economic topics. We offer flexible working hours and regular payments. Please send your responses with examples of work to [email protected]
6 comments
Information
Dear reader, to leave comments on the publication, you must sign in.