How re-privatization in Russia will end

October 26 2019
19
While President Putin is courageously confronting the West, the government he has appointed, consisting entirely of liberals, is preparing for an “ambitious” sale of the remnants of state property that Oleg Deripaska will not lie in the end will come under the control of Western business leaders. How is this possible in principle in a country that has entered the Cold War 2? 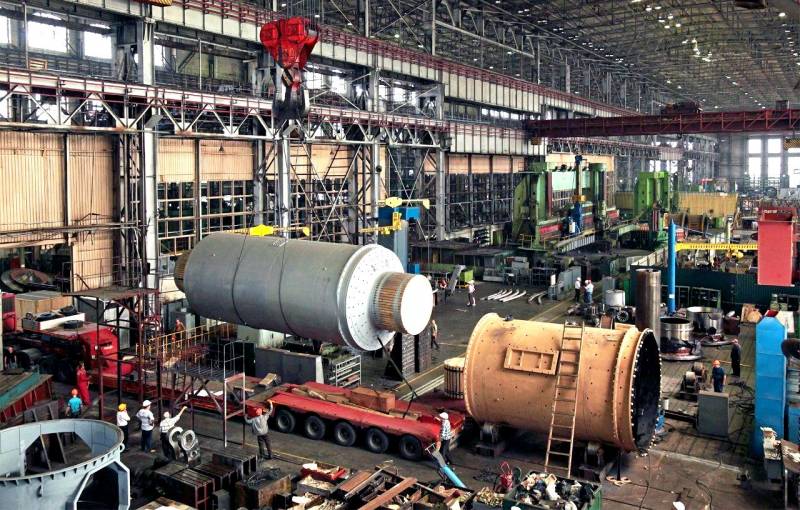 The privatization of the nineties according to Chubais gave rise to a huge social stratification and a whole class of oligarchs, whose “selfish” interests, to put it mildly, do not always coincide with the national interests of Russia. Then this was done to "drive nails into the lid of the tomb of communism." The transition of the most tidbits of state property to “fat two thousandths” continued under the slogan of the arrival of the notorious “effective managers”. The current stage takes place under the motto "reducing the role of the state in the economy"And, apparently, will be final for us. In every sense of the word.

It is noteworthy that Deputy Prime Minister Anton Siluanov stated the need for “more ambitious privatization” not somewhere, but in Washington, when communicating with foreign investors on the sidelines of a meeting with representatives of the IMF and the World Bank. Those asked why privatization plans are now "so low." What Siluanov nodded according to:

After such revelations, I don’t feel like poking my finger at Ukraine, which, at the request of the IMF, is ready to privatize its black soil, and call it one “colony of the West”. Why does all this extremely dubious economic activity raise so many questions for the government and the head of state who appointed it?

At first, it seems that for five years now the next version of the Cold War has been going on, and American bombers capable of carrying nuclear weapons fly around the country's borders. Dozens of NATO military maneuvers are held around Kaliningrad. All this requires the mobilization of the economy and its rearrangement on a war footing. But instead, they continue to tell us tales of "effective private owners" that will appear when the role of the state in the economy decreases.

What I want to notice about this. If gentlemen liberals in the government so believe in the life-giving power of private business, then let them create the conditions for its appearance. That's when it really appears, and the private sector becomes significant, the role of the state in the economy will naturally decrease. Instead, they are deceiving us, declaring the need for privatization of the public sector, banally replacing concepts.

Secondly, liberals in power are "head over heels" to the population with tales of fabulous money that will save the budget from selling off the remnants of state-owned enterprises. But this is cunning, because the funds will be received once, after which they will be mastered. And that’s all. Being in state ownership, production and other assets generate profit on a regular basis. By the way, our budget is now in surplus, the NWF is bursting with money. But liberals do not “clinically” imagine other uses of these drugs, apart from withdrawing abroad.

Thirdly, a legitimate question arises, to whom and on what conditions will state property be obtained? In a more “modest”, even before a trip to Washington, privatization plan, Transneft, Rostelecom, Sovcomflot, Rosseti, RusHydro were included. In the "ambitious", presumably, the list will be wider. The state’s share in them will decrease to 50%, in some to 25% and even to 0%. How can this look in practice?

It will be naive to believe that someone will be allowed to such tidbits, except for an extremely narrow circle of well-known people. Further, supporters of the liberal approach would argue that it’s okay, because the state will save from 25% to 50%. But in our realities, this is even worse, explains journalist Sergei Ezhov:

This is the most negative scenario: companies will continue to receive support from the authorities, gaining non-competitive advantages in the market, and the beneficiaries will policy become private individuals who lay their hands on the bulk of the profits.

Indeed, modern “privatizers” have become smarter. They prefer to have actual control over enterprises, keeping the state’s block of shares and shifting to them the entire burden of costs from their “effective management”. It turns out such a tangible “gap” on the federal budget.

As for those enterprises that will 100% go into the hands of "private individuals", their fate is completely unenviable. It is enough to recall the "Rusal" of Oleg Deripaska. The US aluminum giant was able to “squeeze” even an oligarch close to the Kremlin. What can we say about any other owner of an interesting asset, who usually prefers to live with his family in the West, where there are bank accounts and elite real estate? They will take everything at a reasonable price.

So it remains to think how this is possible with our Cold War-2.
Ctrl Enter
Noticed oshЫbku Highlight text and press. Ctrl + Enter
We are
US Global Economy: An End That Sneaks Noticeably
The government decided to sell state-owned companies to the West
Reporterin Yandex News
Read Reporterin Google News
19 comments
Information
Dear reader, to leave comments on the publication, you must sign in.